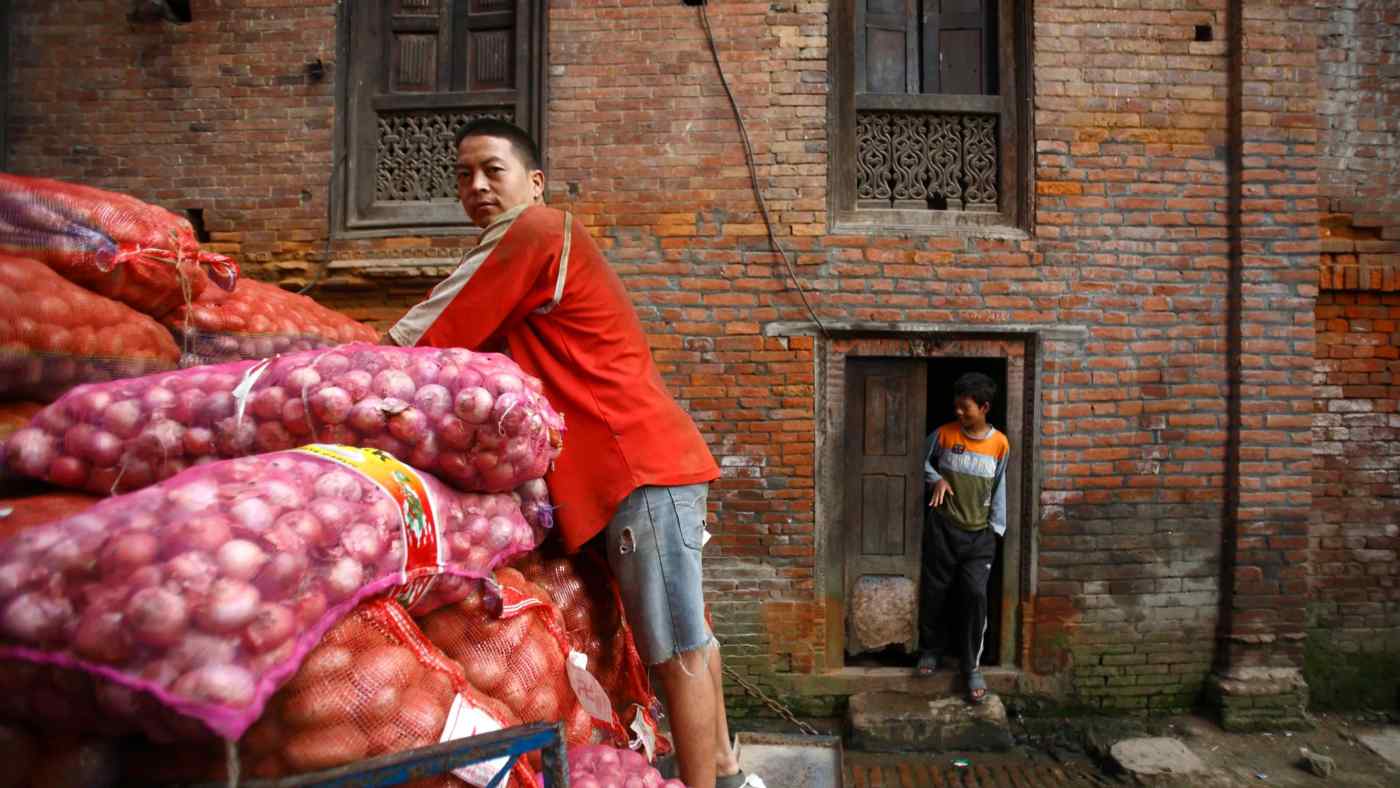 A man stands on the back of a vehicle carrying sacks of onions in the ancient Nepalese city of Bhaktapur. India has banned onion exports in response to flooding, forcing Nepal to turn to China for supplies.   © Reuters
ARUN BUDHATHOKI, Contributing writerDecember 18, 2019 15:27 JST | Pakistan, Bangladesh, Sri Lanka, Nepal, Bhutan
CopyCopied

KATHMANDU -- Landlocked Nepal has long been dependent on its giant southern neighbor India for much of its trade with the outside world. But it has begun looking northward to China for essential imports, including a key ingredient in Nepalese cuisine: onions.

The humble onion is a symbol of the region's fraught geopolitics. The government of Prime Minister K.P. Oli, head of the Nepal Communist Party, is trying to diversify the country's trade. Nepal has signed a number of trade treaties and other agreements with China in such areas as hydropower, cement production, railway development and airport construction. But its deepening ties with China make India anxious. New Delhi has reacted by putting pressure on its smaller neighbor in order to maintain its dominance in South Asia.