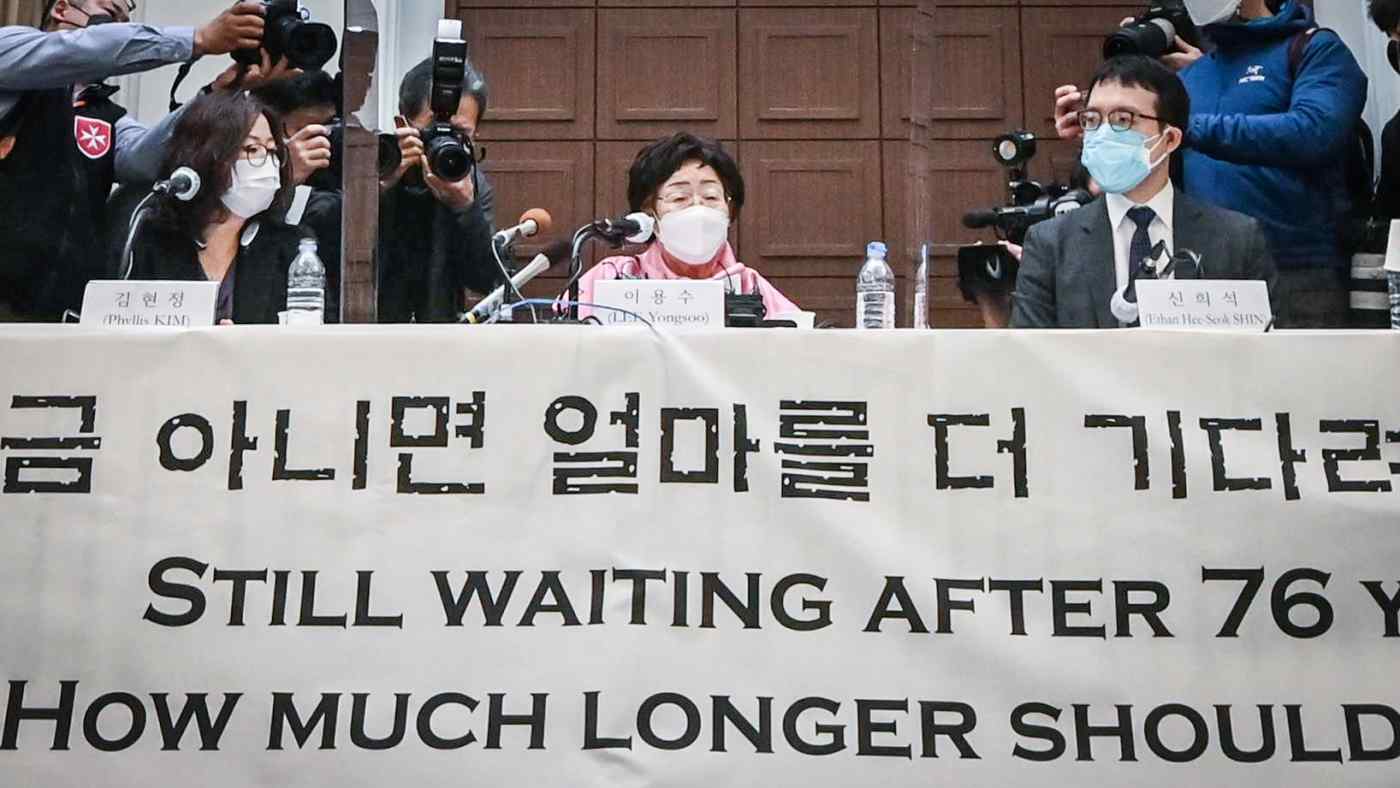 SEOUL -- A former South Korean "comfort woman" is asking Seoul and Tokyo to go to the International Court of Justice to resolve thorny issue of women like her who served Japanese soldiers in military brothels during World World II.

Human rights activist Lee Yong-soo, 92, told reporters in Seoul on Tuesday that the ICJ is the right institution to resolve the longstanding matter that has undermined relations between the two neighboring countries.