France to take part in China's Belt and Road Initiative 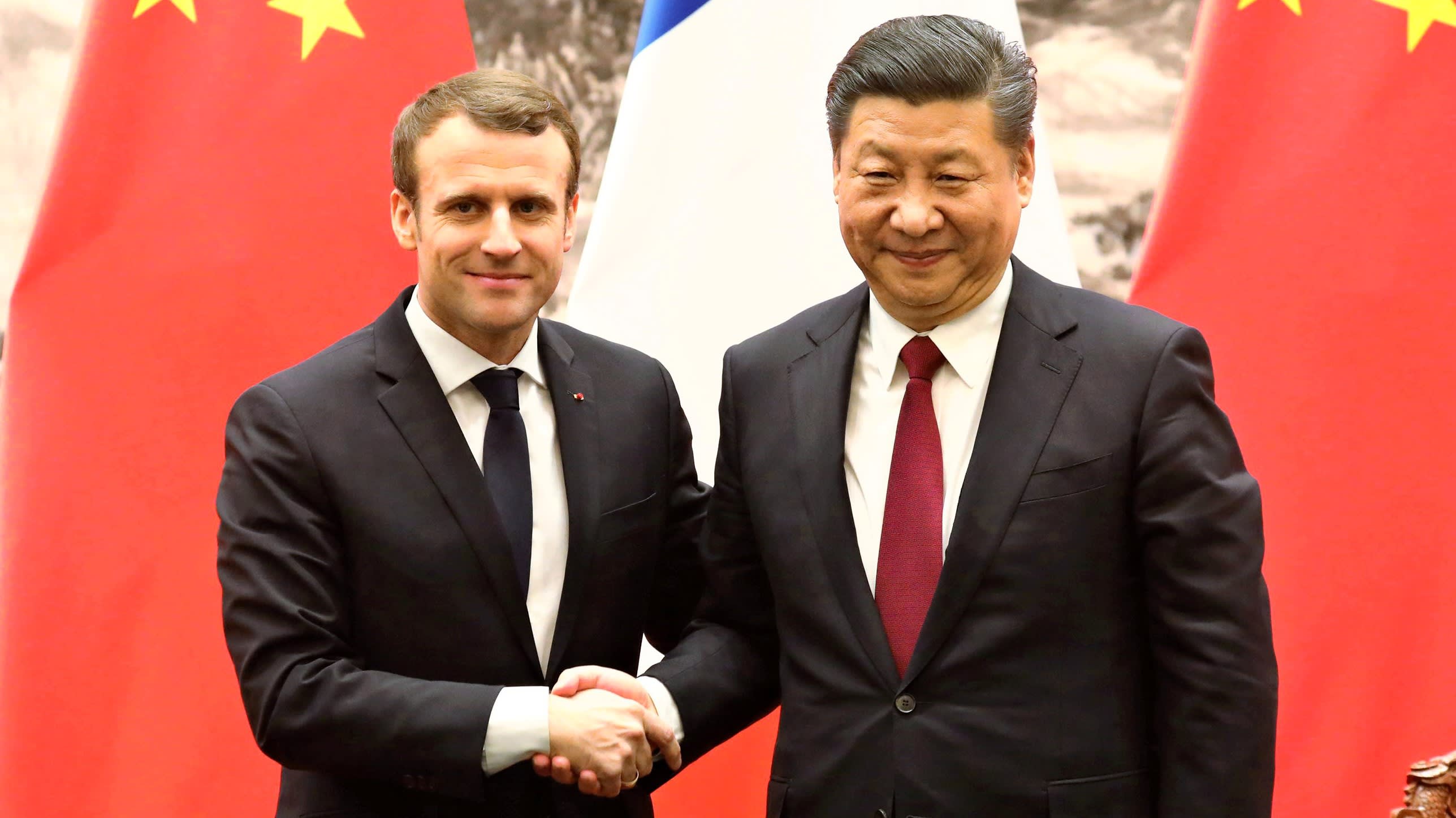 BEIJING -- French President Emmanuel Macron promised to work together with China on the Belt and Road Initiative, Beijing's massive undertaking to create an economic and trade corridor linking Asia and Europe, in a meeting here Tuesday with Chinese President Xi Jinping.

This is Macron's first visit to China since he took office in May. He and Xi also agreed to pursue a comprehensive and strategic partnership.

The French leader on Monday visited the central Chinese city of Xi'an, a key link in the Belt and Road effort, ahead of the summit in the nation's capital.

In light of the U.S. announcing its exit from the Paris climate accord, Macron stressed that China had a major role to play on climate change. The leaders agreed to cooperate on fighting global warming, as well as on a variety of other fields like aerospace, nuclear power, finance, education and commerce.

Macron was accompanied by over 50 corporate executives. There was speculation that China would place a large plane order with Airbus to reduce trade frictions, but the two sides simply agreed to expand the European aircraft manufacturer's production capacity in China.

On nuclear power, an agreement was reached to step up cooperation on cutting-edge technology and nuclear fuel recycling.