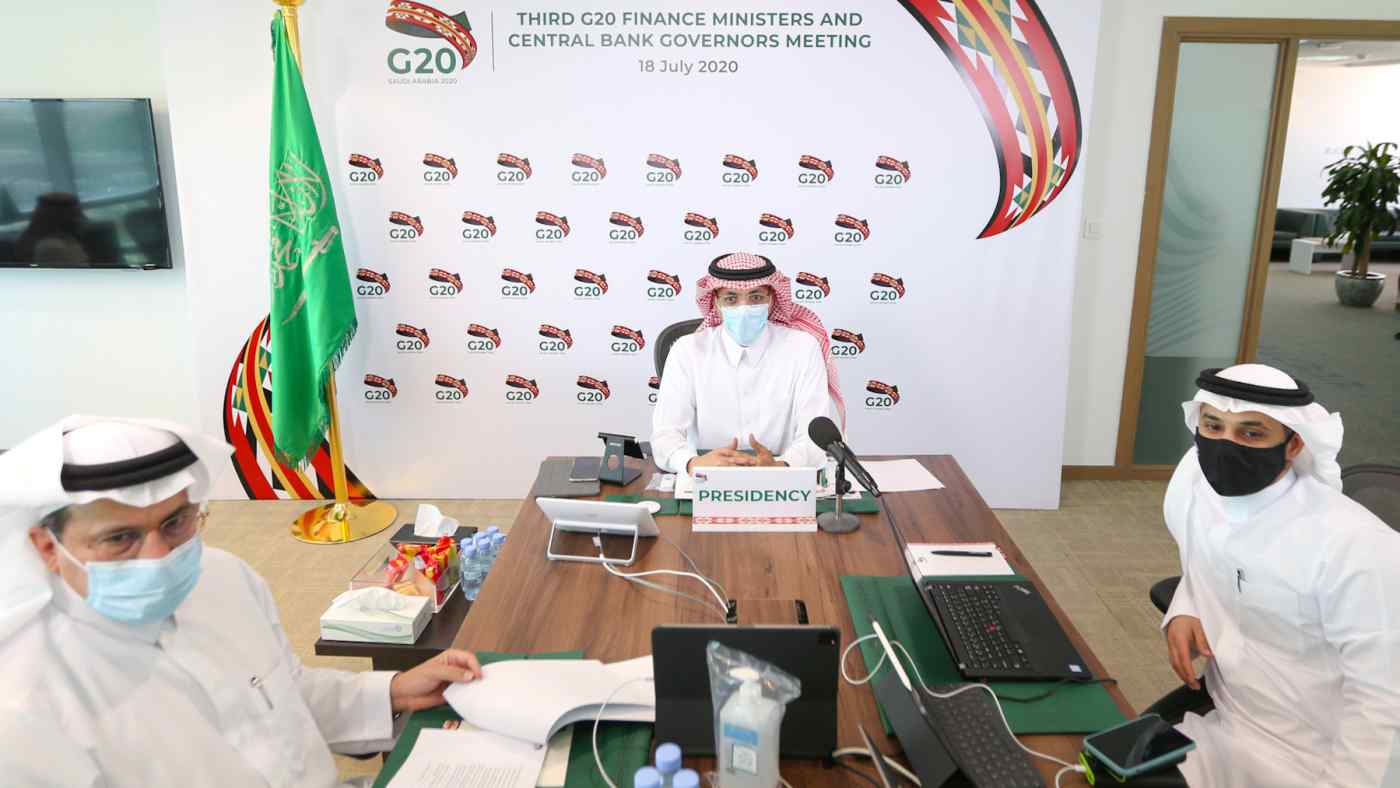 WASHINGTON/DUBAI (Reuters) -- Finance officials from the Group of 20 countries on Saturday called for all official bilateral creditors to implement fully a short-term debt freeze for the world's poorest countries, but stopped short of extending the initiative into next year.

Sources briefed on the G-20 meeting said there was strong support for extending the standstill beyond the end of 2020, given the severity of the economic fallout from the coronavirus pandemic, but the group's final communique said only that the issue would be considered in the second half of 2020.

It also said nothing about growing calls for cancelling -- not just deferring -- the debts of some of the poorest countries.

The Debt Service Suspension Initiative, agreed by G-20 ministers in April, has proven challenging to implement, with only 42 of 73 eligible countries expressing interest thus far, saving just $5.3 billion in service payments instead of the $12 billion initially promised.

World Bank officials have singled out China, a G-20 member and the largest creditor for developing nations, for holding back debts owed to its state-owned development and state-owned companies.

World Bank President David Malpass also told G-20 officials on Saturday that they needed to "open the door" to talks on reducing the overall debt overhang for the poorest countries.

Failure of the private sector to participate has also been a growing concern. The Institute for International Finance last week said its members had not received any formal requests for debt relief from countries eligible for the DSSI.

The communique did not mention China, but G-20 officials said they would closely monitor implementation of the debt freeze and noted efforts to set up a fiscal monitoring framework to strengthen the quality of debt data and improve debt disclosure.

"All official bilateral creditors should implement this initiative fully and in a transparent manner," they said.

They also said they "strongly encourage" commercial lenders to provide relief when requested.

Decisions on extending the freeze would come after the International Monetary Fund and World Bank complete a report on the liquidity needs of countries before the next G20 finance officials' meeting in October, the communique said.

"We needed rapid and concerted action, but instead the G-20 have backtracked," said Sarah-Jayne Clifton, director of Jubilee Debt Campaign, one of many groups that have called for extending the debt freeze and expanding it.

More than 200 religious, labor, human rights, environmental and development groups signed a separate letter spearheaded by Jubilee USA Network that was sent this week to G20 leaders, the White House and the IMF.