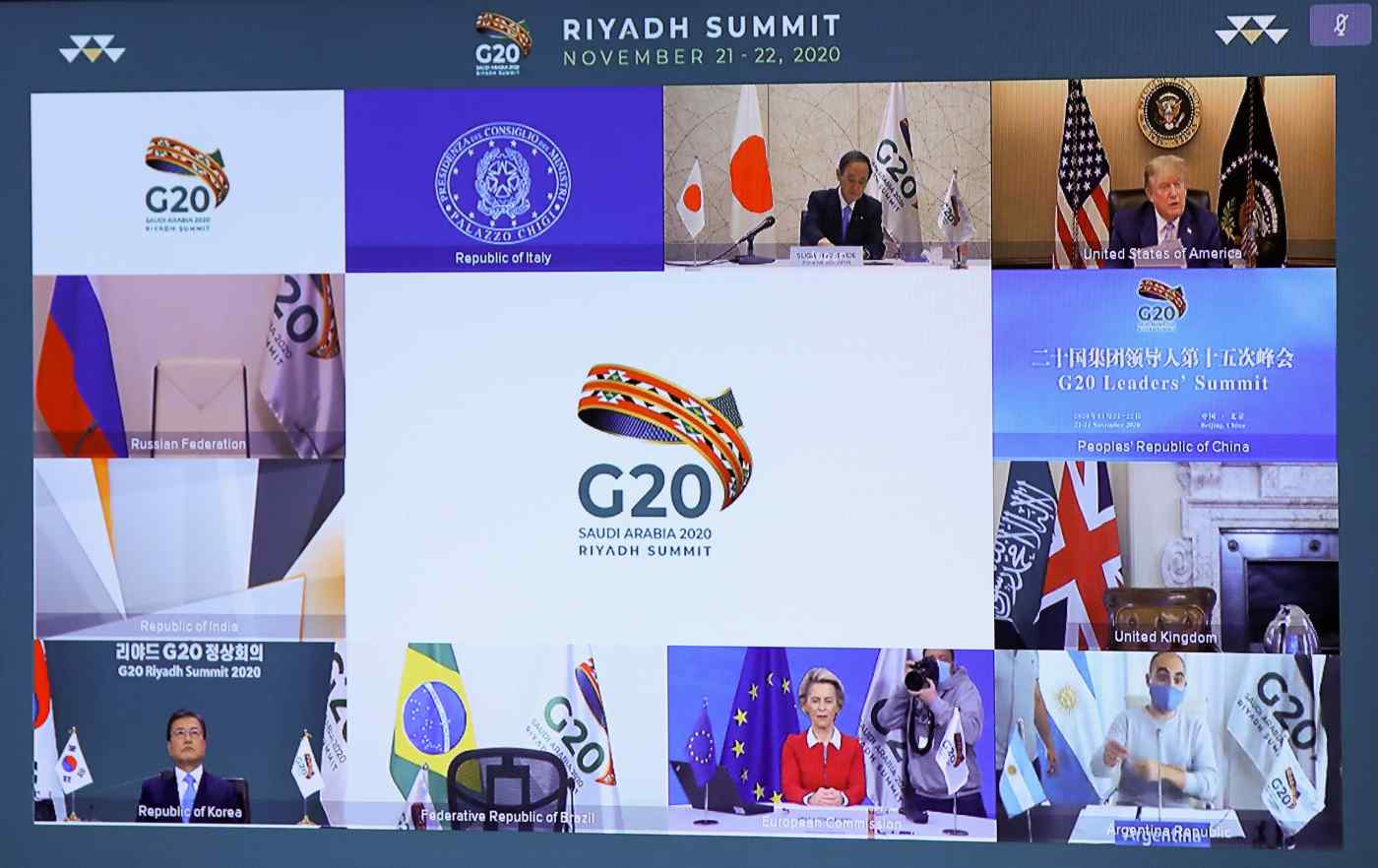 JAKARTA -- Leaders of the world's 20 biggest economies said they will "spare no effort" to ensure affordable and equitable access to COVID-19 vaccines for all people, as they concluded a two-day virtual meeting.

The pledge comes as global concerns mount over whether vaccines will only be available for the rich and powerful, with those on the lower rungs of the income ladder unable to gain access.

The G-20 leaders said in a joint communique on Sunday that the "pandemic and its unprecedented impact in terms of lives lost, livelihoods and economies affected, is an unparalleled shock," but the world's leading 20 nations will "continue to spare no effort to protect lives, provide support with a special focus on the most vulnerable."

The nations will "spare no effort to ensure affordable and equitable access [to vaccines] for all people, consistent with members' commitments to incentivize innovation," the communique said, adding that they "fully support all collaborative efforts" including COVAX, a global initiative backed by the World Health Organization with the aim of distributing COVID-19 vaccines equally.

In their meeting yesterday, Chinese President Xi Jinping said Beijing will "work to make vaccines a global public good accessible and affordable to people around the world." The world's second-largest economy has several vaccines in development, with some already being deployed. Russian President Vladimir Putin also said that Moscow was ready to provide its vaccine to countries that need it.

China joined COVAX in October, while Russia and the U.S. are not part of the initiative.

With regards to the economy, the G-20 leaders said that while some countries have somewhat recovered from their lows, the global recovery is "uneven, highly uncertain and subject to elevated downside risks, including those arising from renewed virus outbreaks in some economies," and said bringing the virus under control was the key to supporting a global economic recovery.

"We are determined to continue to use all available policy tools as long as required to safeguard people's lives, jobs and incomes, support the global economic recovery, and enhance the resilience of the financial system, while safeguarding against downside risks," they said.

The nations also said they were "committed" to extending the debt freeze for the world's poorest nations to June of next year, a decision that was reached in October by the finance ministers and central bank governors of the 20 states.

The leaders noted that there "is a lack of participation from private creditors" and urged them to participate when requested by eligible countries.

The leaders also vowed to cooperate on climate change. "As we recover from the pandemic, we are committed to safeguarding our planet and building a more environmentally sustainable and inclusive future for all people," said the communique.

Yet prior to the issuing of the document, U.S. President Donald Trump blasted the Paris Accord in a video statement, saying the framework was "not designed to save the environment. It was designed to kill the American economy."

U.S. President-elect Joe Biden has signaled his intention to rejoin the climate accord.