G-7 at crossroads as US, Europe and Japan drift apart

World teeters toward a G-0 reality as countries turn inward 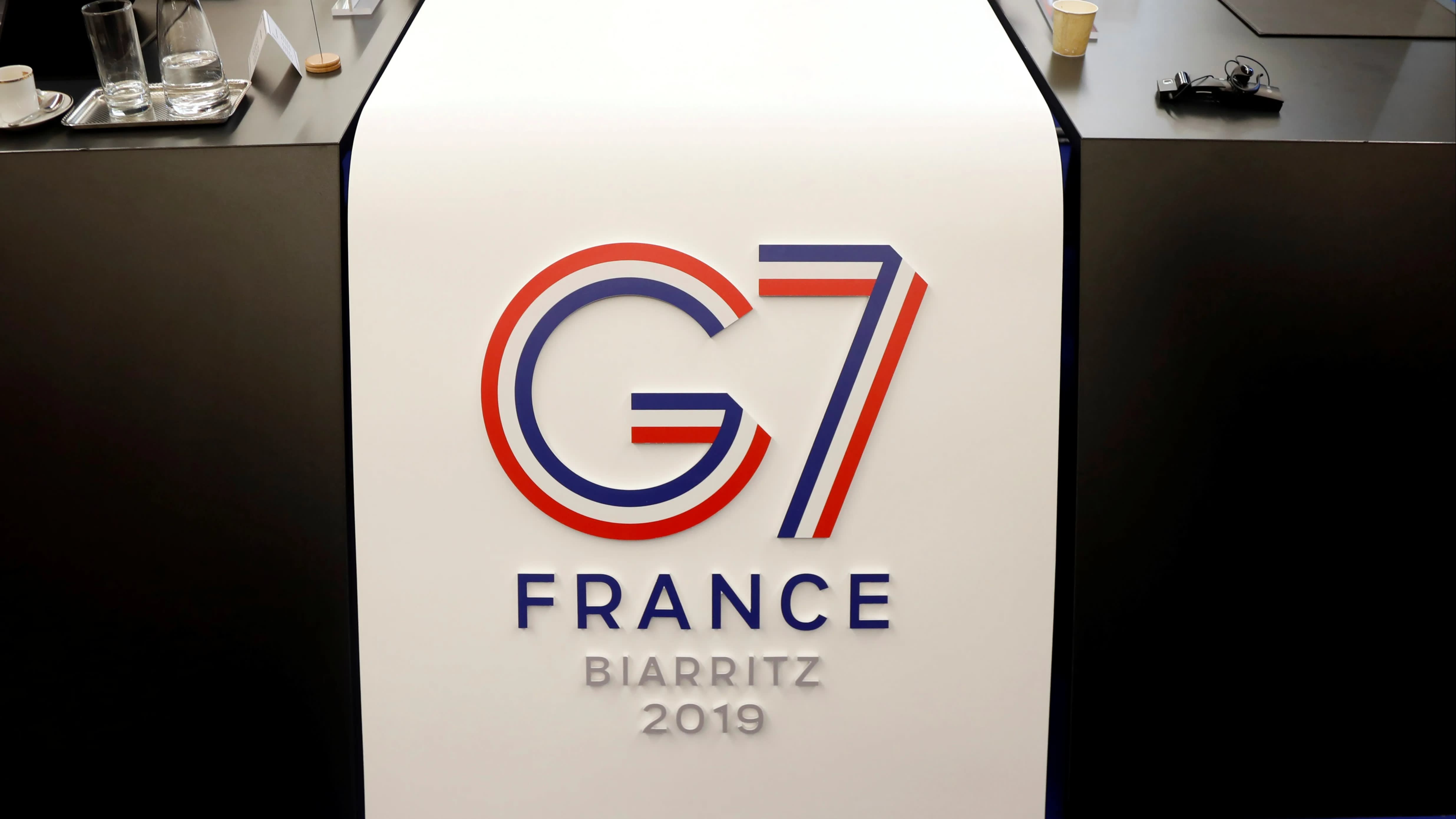 TOKYO -- Issues at home are standing in the way of the Group of Seven coming together to curb emerging economic risks, dimming hopes for a substantive agreement at the leaders summit to be held in France next week.

But the current financial and economic turmoil was triggered in large part by Trump's trade war against China. With market players fleeing to safe assets, interest rates in Europe and Japan have delved further into negative territory while gold futures are at a six-year high.

The International Monetary Fund cut its 2019 forecast for global grow that the end of July from 3.2% to 3.1%, citing sluggish trade.

Since its founding in 1975, the G-7 has played a leading role in the world beyond just the economy. The bloc remained a symbol of the unity between the U.S., Europe and Japan and their shared democratic ideals even after the creation of the Group of 20.

But its future is unclear. French President Emmanuel Macron, who will play host this year, faces deep rifts with Trump on digital taxation and climate change. European leaders tried hard to get Trump to sign on to a joint statement at last year's summit, but there seems to be much less enthusiasm this time around.

Japanese Prime Minister Shinzo Abe, who is now the longest-serving leader in the G-7 after German Chancellor Angela Merkel, hopes to leverage his rapport with Trump and serve as a mediator between Europe and the U.S. But it will be difficult for him to single-handedly steer the conversation.

The global economy and digital regulations will likely be the key topics at this year's summit.