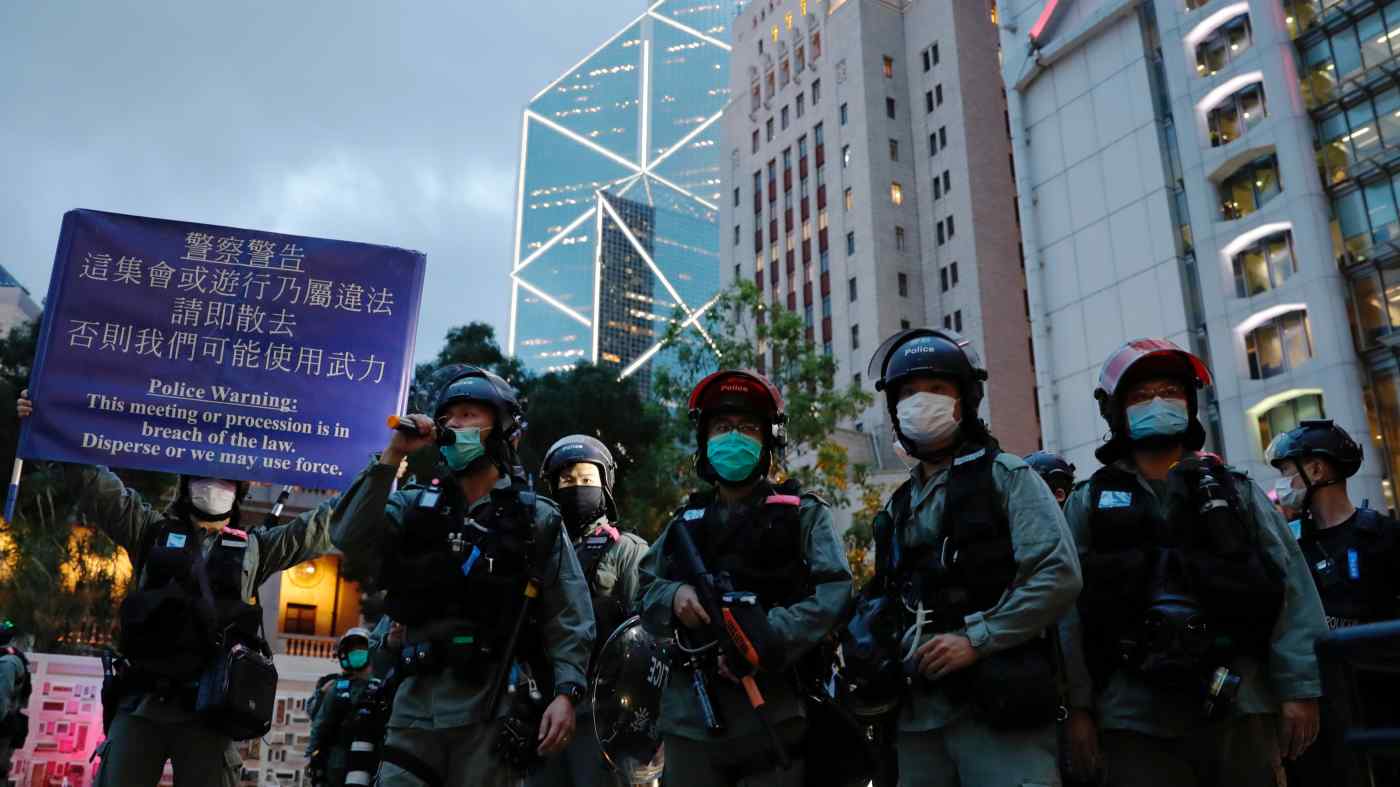 Riot police stand guard outside HSBC and Bank of China (Hong Kong ) headquarters during a protest to mark the first anniversary of a mass rally against a now-withdrawn extradition bill, in Hong Kong on June 9, 2020.   © Reuters
June 18, 2020 10:33 JST | Europe
CopyCopied

BERLIN (AP) -- The Group of Seven leading economies is calling on China to reconsider plans to impose a national security law in Hong Kong, according to a joint statement issued Wednesday.

In their statement, foreign ministers from the G-7 nations voiced "grave concern regarding China's decision to impose a national security law on Hong Kong," adding that it would breach the territory's Basic Law and Beijing's international commitments.

"It would jeopardize the system which has allowed Hong Kong to flourish and made it a success over many years," they said. "Open debate, consultation with stakeholders, and respect for protected rights and freedoms in Hong Kong are essential."

The G-7 members are the United States, Canada, France, Germany, Italy, Japan and the United Kingdom.

"We are also extremely concerned that this action would curtail and threaten the fundamental rights and freedoms of all the population protected by the rule of law and the existence of an independent justice system," the foreign ministers said in their statement, which was also signed by the EU's top diplomat.

"We strongly urge the Government of China to reconsider this decision," the G-7 added.