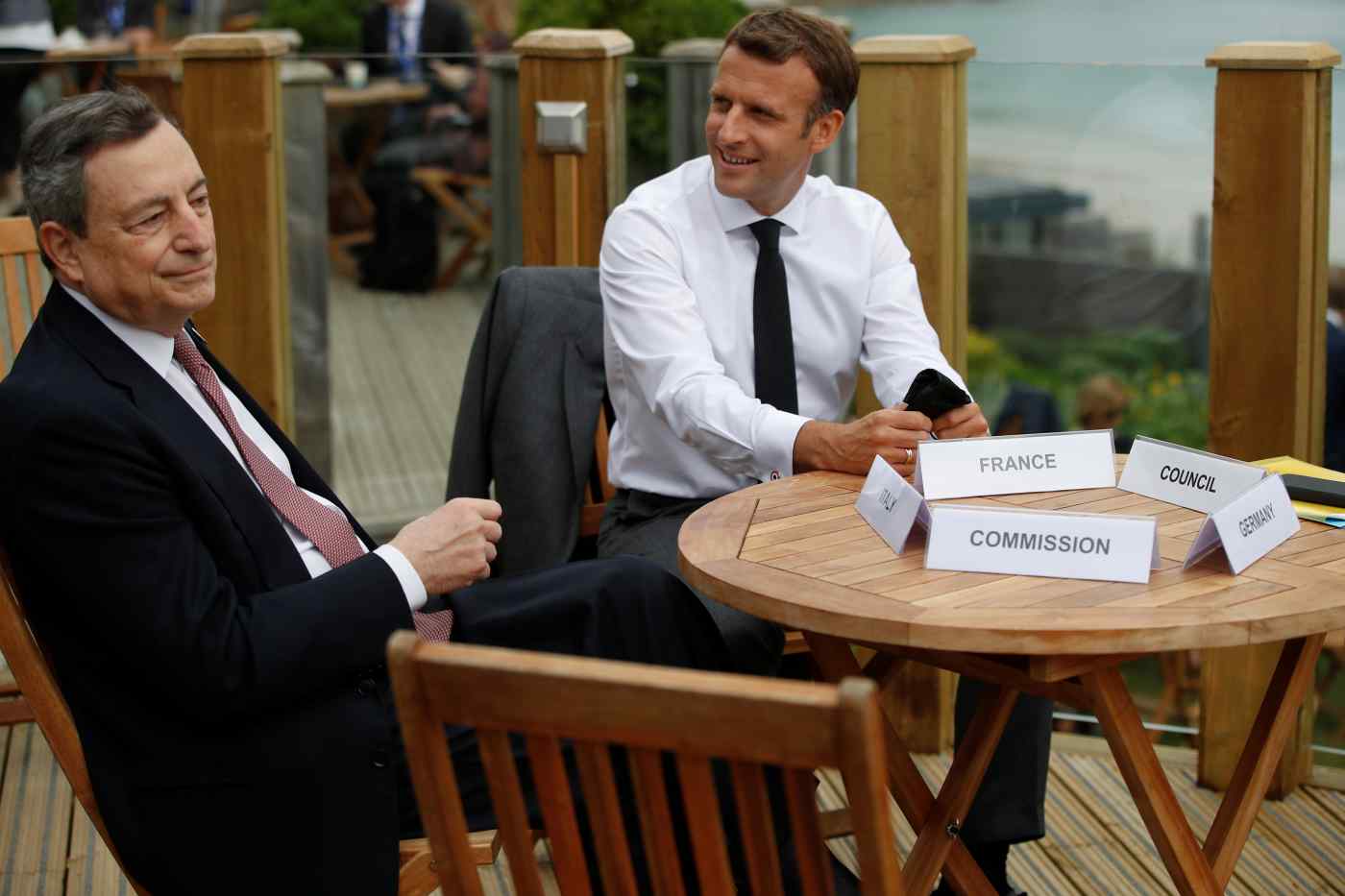 Comments from Group of Seven leaders on China after the summit in Britain.

CARBIS BAY, England (Reuters) -- The Group-of-Seven nations may have its differences with China over issues such as forced labor and human rights, but it is not a club that is hostile to the Asian economic powerhouse, French President Emmanuel Macron said on Sunday.

"China is an economic rival from whom we expect the full respect of (international trade) rules," Macron told a news conference at the end of a summit of G-7 leaders in England.

Italian Prime Minister Mario Draghi said the G-7 countries had to be frank about differences between the West and China in its post-summit communique that called out Beijing on issues ranging from rights to the origins of the coronavirus.

"It's an autocracy that does not adhere to multilateral rules and does not share the same vision of the world that the democracies have," Draghi told reporters on Sunday.

"We need to cooperate but we also need to be frank about things that we do not share and do not accept. The U.S. president said that silence is complicity."

Asked if Italy's participation in China's Belt and Road infrastructure network was raised at the G-7 summit, Draghi said it had not been mentioned but he added: "regarding that specific agreement, we will assess it carefully."

The G-7 leaders at their summit sought to counter China's influence by offering developing nations an infrastructure plan that could rival China's Belt and Road initiative.

Italy was the first major Western power to endorse the Chinese plan in 2019, before Draghi became prime minister, in a bid to revive its economy. G-7 leaders on Sunday agreed to coordinate their response to the challenges posed by China "much, much more closely," Canadian Prime Minister Justin Trudeau said after the summit on Sunday.

Trudeau led a G-7 discussion of China on Saturday and called for a unified approach, a source said.

The nations needed to "stand strong and united" on China and agreed to measures to do that, Trudeau said.

"What we really came together clearly to say and put forward today was a need to speak with one voice, a need to coordinate much more closely our working together and our focus," he added.

One concrete example of G-7 action was its offer to help developing nations with an infrastructure plan that could rival Beijing's Belt and Road initiative, he said.

On some issues, such as climate change, the G-7 needed to work with China, Trudeau said.

"There are areas where we need to challenge China directly, for example on human rights. So a firm united position such as the one we established here at the G-7 will continue to show our approach based on shared values and respect for international rights is good not just for us but the planet," he added.