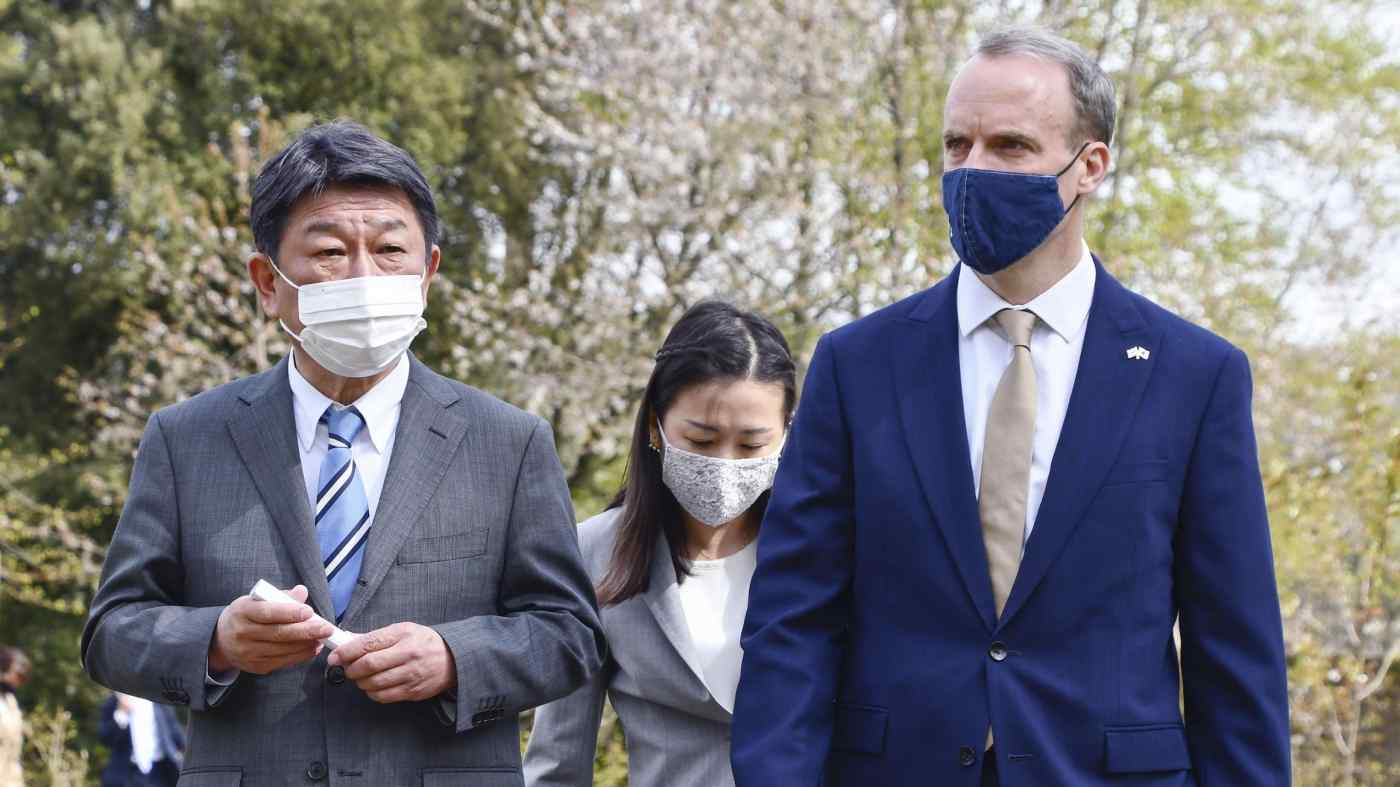 TOKYO/LONDON -- Top diplomats from the Group of Seven leading industrialized nations opened a three-day summit in London by agreeing to pursue the "complete, verifiable and irreversible" end to all development of weapons of mass destruction and ballistic missiles by North Korea, according to Japanese Foreign Minister Toshimitsu Motegi.

The talks come after U.S. President Joe Biden's administration finished a review of past American policy toward North Korea. Secretary of State Antony Blinken briefed the other top diplomats in London on the Biden administration's plans for a new approach.

"I have made sure Japan's thinking got through to the U.S. side," Motegi told reporters regarding American policy toward North Korea. "We welcome the value the U.S. places on the close cooperation with both Japan and South Korea."

The G-7 ministerial talks, the first in-person meeting held by the diplomatic chiefs in two years owing to the coronavirus, is due to wrap up Wednesday. The meeting is seen as an opportunity to affirm the unity of democratic nations against rising authoritarianism in China and Russia. Also on the agenda is the response to the pandemic and climate change.

Monday's working dinner "had a casual atmosphere, with everyone on a first-name basis," said Motegi. "It renewed my belief that the G-7 is back."

The three-day meeting is part of a monthlong series of gatherings by cabinet-level G-7 officials ahead of the leaders summit in June. The Biden administration's emphasis on international cooperation has provided momentum to the meetings.

"We're in competition with China and other countries to win the 21st century," Biden said April 28 during his address to Congress.

In response, the G-7 ministers meetings will focus on China. The top diplomats will dedicate time Wednesday to discussing the Asian power. The group intends to place pressure on China by taking up Beijing's infringement on Hong Kong's autonomy, along with the human rights issues concerning the Muslim Uyghurs in the country's Xinjiang region.

When the G-7 holds its first-ever summit of trade ministers later this month, topics will include reforms to the World Trade Organization. Debate likely will occur over whether China should retain its status as a developing nation in the WTO. The ministers are expected to discuss a response to Beijing's forced technology transfers and other trade practices.

The G-7 struggled during the past few years to find agreement on advancing free trade, and these meetings will show whether the group can resume close cooperation on the issue.