Haneda to award half of expanded flights to US routes 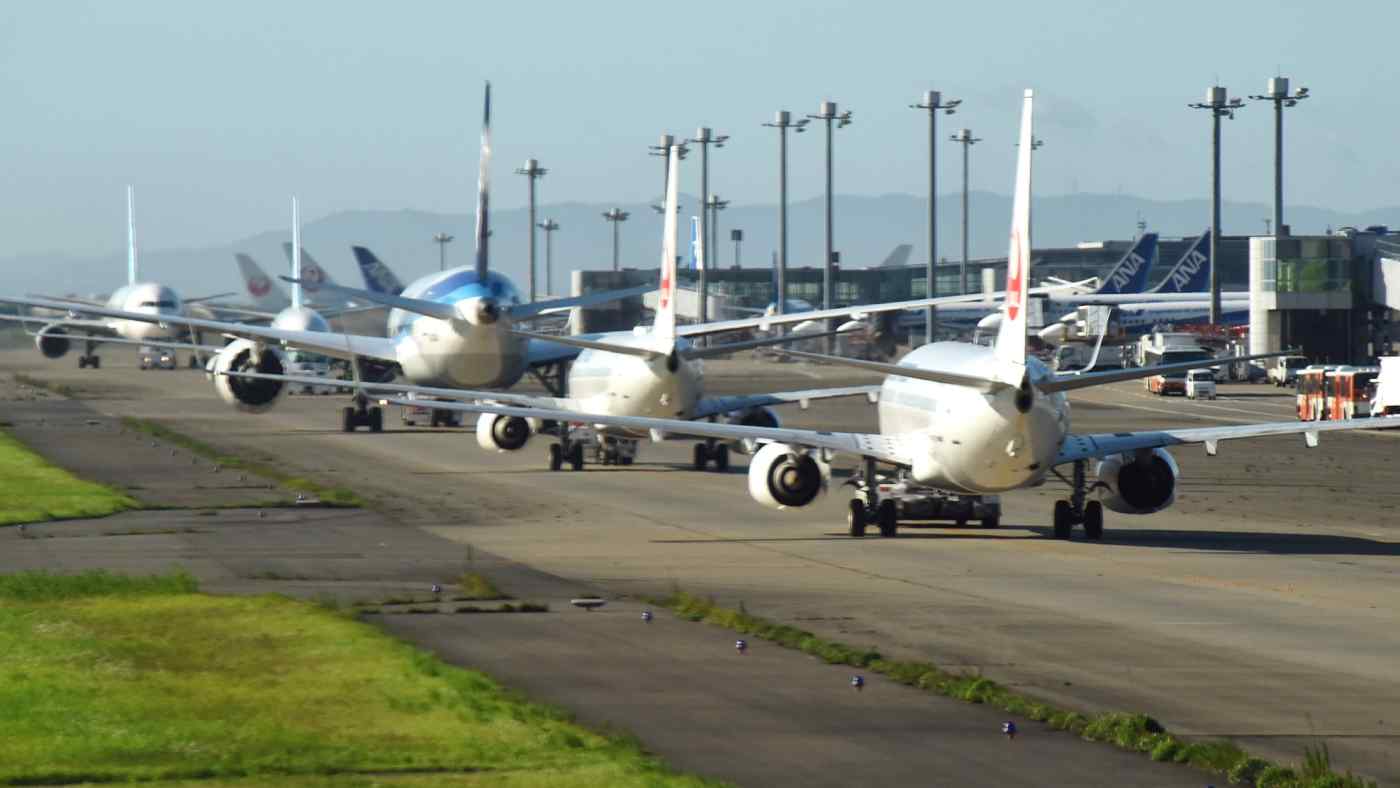 Planes wait to take off from Tokyo's Haneda Airport. The airport's capacity was long limited due to nearby airspace being controlled by the U.S. military. (Photo by Akiyoshi Inoue)
KAZUHIRO OGAWA, Nikkei staff writerFebruary 9, 2019 05:38 JST | Japan
CopyCopied

TOKYO -- Japanese and U.S. aviation authorities are finalizing plans to allocate half of the new slots that will become available at Tokyo's Haneda Airport to flights between the two countries.

Daytime flight slots at Haneda are slated to rise to 99,000 a year in 2020 from the current 60,000 under an agreement to let commercial flights pass through airspace controlled by the U.S. Yokota Air Base. This translates to an increase of about 50 flights per day, and half of that added capacity will be divided between Japanese and American carriers.

The allocation of half the added flights to U.S.-Japan routes appears to be a nod to American concessions announced late January. An increase in lucrative Pacific traffic would be a boon for U.S. airlines as well.

Initially, fewer than 20 of the slots were expected to go to Japan-U.S. routes. The two sides will continue discussions to allocate the remaining slots to Asian and European destinations.

The U.S. was reluctant to allow passage of commercial passenger planes in the airspace near the capital, citing potential disruptions to drills and other military activities. But Japan managed to win concessions, making the case that the success of the Tokyo Olympics in 2020 was at stake.

The Japanese government aims to boost the number of foreign visitors to 40 million a year in 2020, and adding flights at Haneda is key to achieving this target. The transport ministry will explain the increased flights to nearby residents concerned about noise pollution.