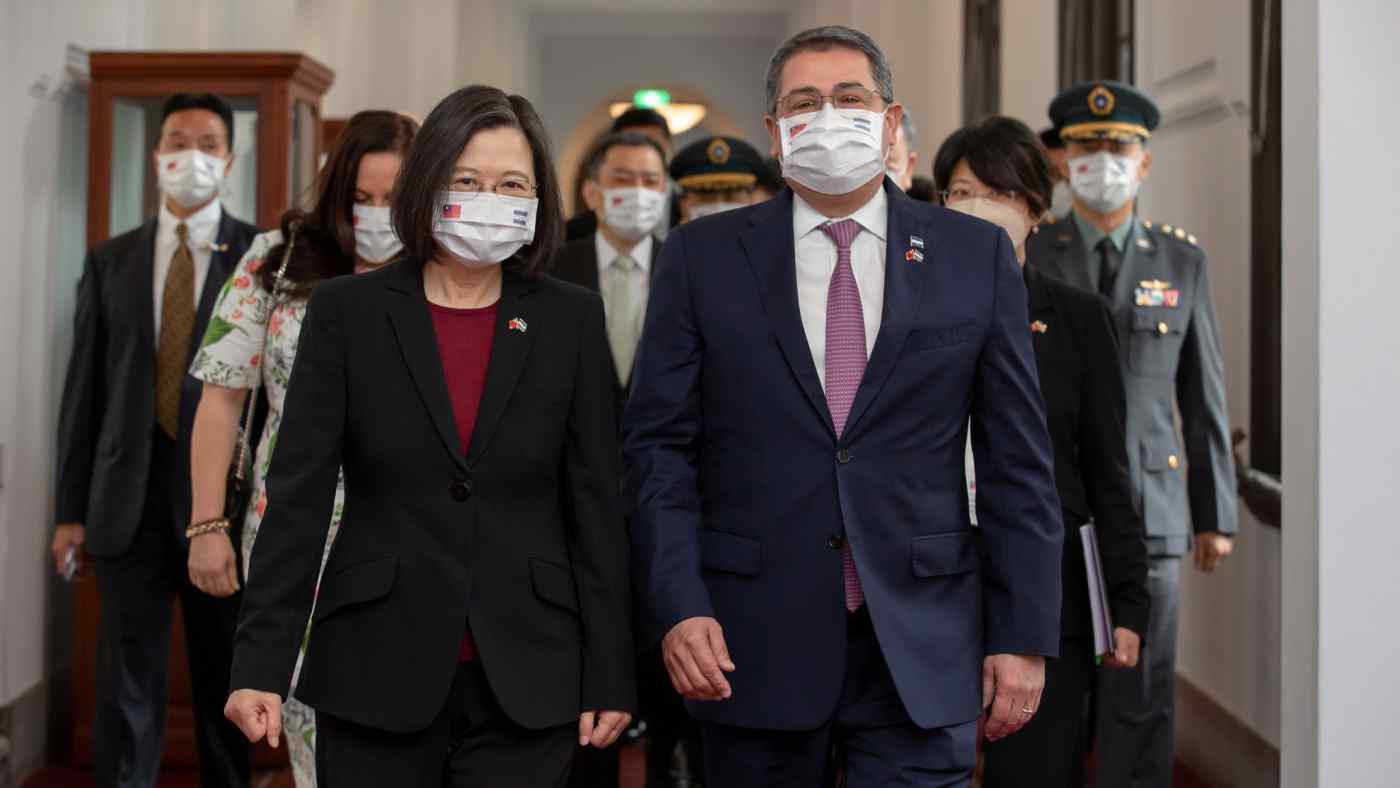 TAIPEI (Reuters) -- Honduras' outgoing president said on Saturday he hoped his country would continue its friendship with Taiwan, as Taipei seeks to maintain relations with the Central American country amid a diplomatic tug-of-war with Beijing.

Honduras is one of just 15 countries that maintain formal diplomatic ties with Taiwan, which China claims as its territory with no right to state-to-state relations.

Honduran President Juan Orlando Hernandez's party faces a tough challenge in a November 28 election to retain the presidency as a candidate backed by main opposition parties is leading in opinion polls.

If elected, Xiomara Castro has vowed to bring about changes, including establishing official relationship with China.

"At this very moment amid tensions in the region, Honduras is here to demonstrate that we are real friends and only real friendship can be seen at difficult times," told Taiwan President Tsai Ing-wen at the presidential office in Taipei in a meeting broadcast live on Facebook.

"We hope to deepen such friendship and diplomatic ties either within or after my presidency," said Hernandez, who is completing the second of his two four year terms.

China has sharply increased its military and political pressure on Taiwan in recent months, including almost daily campaign of military exercises and patrols near the democratic island.

Tsai called Hernandez's three-day visit "significant" and said she hoped the two countries would continue to "help each other" on the international stage.

Taiwan, which says it is an independent country, had accused China of seeking to use the Honduran election to "create controversy" and warned Honduras not to be drawn in by Beijing's "flashy and false" promises.

China and Taiwan have for years traded accusations of "dollar diplomacy" as they seek support, offering aid packages in return for diplomatic recognition.

China's efforts to win over Taiwan's remaining allies have alarmed Washington, which has been especially concerned about Beijing's growing influence in Central America and the Caribbean.

There has been widespread speculation about Hernandez's future and whether a Castro government would allow for him to be extradited to the United States, where he is a target of a narcotics investigation.

The president has vehemently denied any links to drugs cartels.