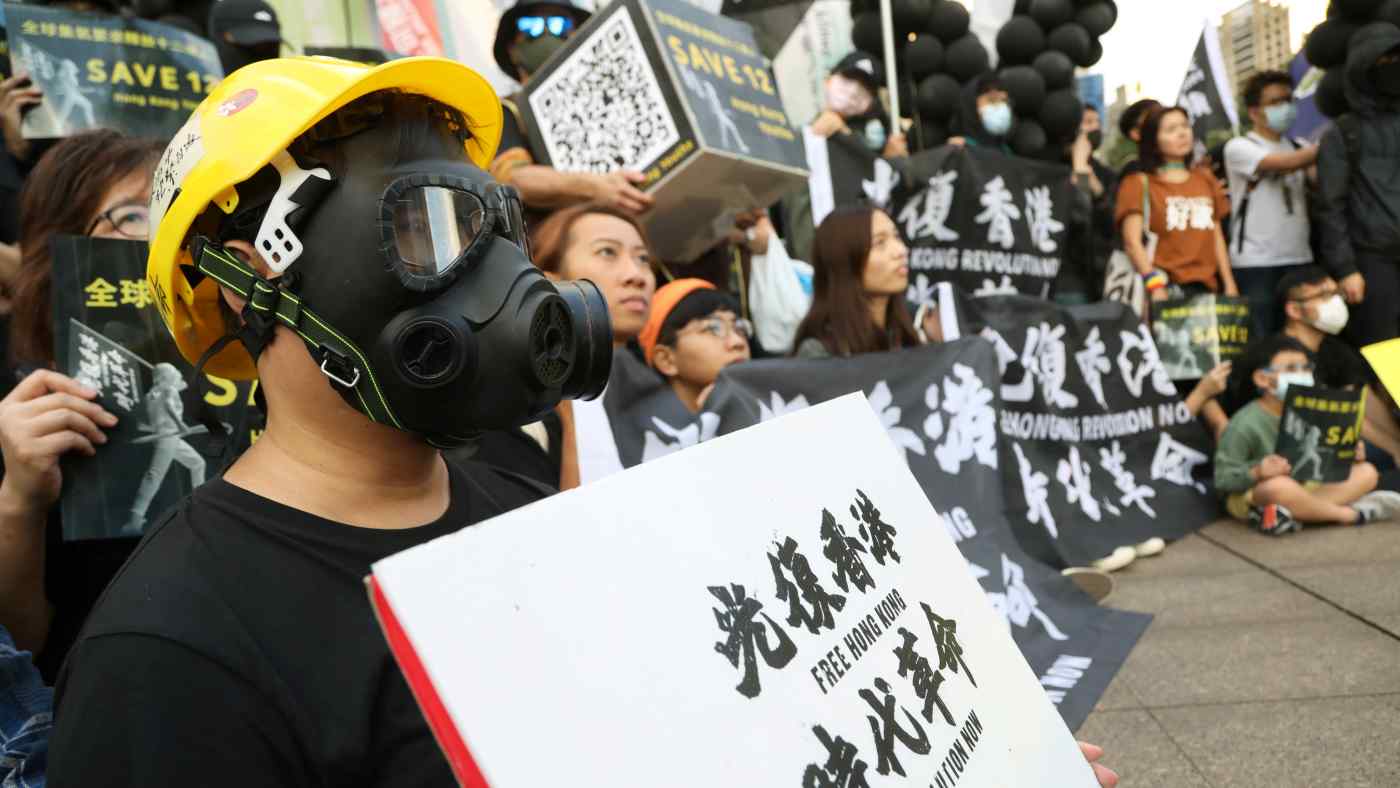 HONG KONG -- The Hong Kong government accused Taiwan of "grossly" interfering with its internal affairs by offering assistance to "violent protesters" seeking to flee the city, days after the financial hub closed its representative office on the island.

Taiwan, a self-ruled island that Beijing claims as its own territory, has been supportive of Hong Kong's democracy movement. In response to the city's new national security law, Taiwan launched the "Hong Kong Humanitarian Aid project" last year to help fleeing protesters build a new life on the democratic island.

The actions, over which the Hong Kong government expressed "utmost regret," has prompted the indefinite suspension of operations of the Hong Kong Economic, Trade and Cultural Office in Taipei on Tuesday. The office was opened in 2011 to promote business and cultural exchanges between the two places.

The Hong Kong government said that the operating environment of the Taipei office has been "jeopardized," with staff members being threatened in Taiwan. It did not elaborate on what kind of threats they received.

Taiwan officials, meanwhile, said Hong Kong has been delaying the visa renewal for the staff of its informal diplomatic office in the city, which had been serving as a communication window between the two sides of the Taiwan Strait.

"Based on universal values, Taiwan and major democratic countries around the world have vocally supported Hong Kong people in their fight for freedom," it said, adding that its office in Hong Kong will continue to operate normally.

Hong Kong-Taiwan ties have been strained since 2019, when Hong Kong refused to extradite local resident Chan Tong-kai, who allegedly murdered his girlfriend in Taiwan, to stand trial there. Instead, the city introduced a controversial extradition bill that sparked monthslong anti-government protests in the financial hub.

Last year, Taiwan's top representative to Hong Kong exited the city after refusing to sign a statement agreeing the "one China" principle, a stance that Taiwan President Tsai Ing-wen refused to endorse, leading Beijing to isolate the island on the international diplomatic front.

The Hong Kong government added it will continue to handle matters related to Hong Kong-Taiwan relations in accordance with the policies of the central government in Beijing.