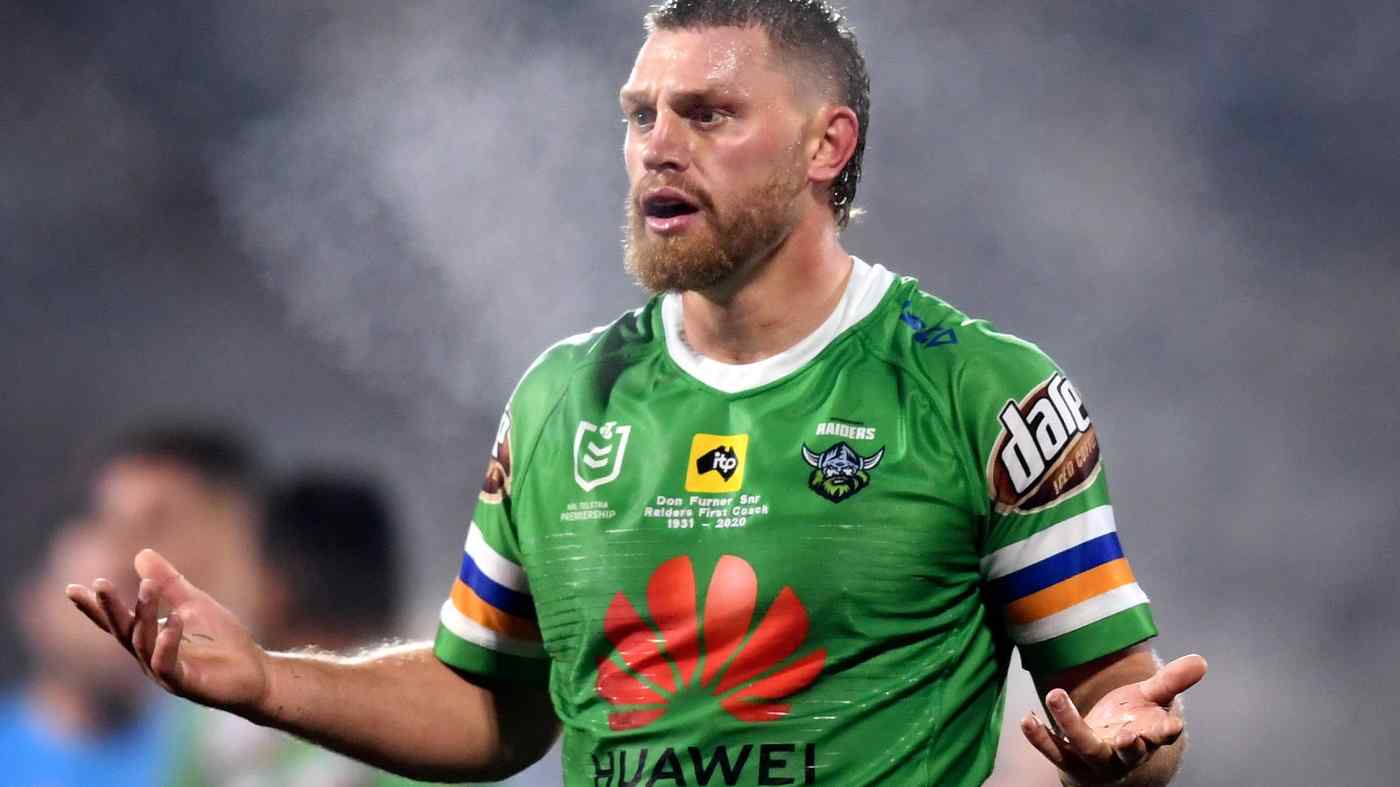 Chinese telecom giant Huawei announced on Aug. 31 that it will not be renewing its sponsorship deal with the Canberra Raiders, one of Australia's leading rugby league teams.     © AAP Image/AP
August 31, 2020 20:24 JST | China
CopyCopied

CANBERRA, Australia (AP) -- Chinese telecom giant Huawei is ending its oldest major sporting sponsorship deal, saying Monday it was breaking its contract with an Australian rugby league team after nine years because of a "great trade war" between China and Australia.

Australia has barred the world's largest maker of switching gear and major smartphone brand from involvement in crucial national communication infrastructure in recent years, while China has ratcheted up pressure for an Australian policy reversal.

"Unfortunately as everyone knows, Huawei has been caught in the middle of a great trade war and the effects on our business is greater than we expected," Huawei Australia's chief corporate affairs officer Jeremy Mitchell told reporters.

Huawei will end its current financial backing of the Canberra Raiders at the end of the current National Rugby League season, because of the "negative business environment" in Australia, Mitchell said. The grand final is on Oct. 25.

Huawei will continue as one of the minor sponsors, as the team searches for a replacement major sponsor.

"We would've loved to have stayed for another nine years or 10 years, but the business environment in Australia is very hard for a Chinese company," Mitchell said.

The Raiders is the only team in the national competition based in the Australian capital, the center of government and national policy-making.

Last year, Huawei had renewed its sponsorship deal for two years until the end of the 2021 season.

Huawei's landmark decision to sponsor the team in 2012 came months after the government banned the company on security grounds from involvement in the rollout of Australia's National Broadband Network in 2011.

The sponsorship was seen as an attempt to improve Huawei's public image in the eyes of lawmakers and senior bureaucrats who barrack for the Canberra team.

Raiders board member Dennis Richardson, a former head of the Defense Department and of the main domestic spy agency, Australian Security Intelligence Organization, had been a vocal supporter of Huawei's sponsorship deal.

Mitchell said the government's decision in 2018 to ban Huawei from Australia's 5G networks had had a major economic impact.

Huawei would consider renewing its sponsorship partnership with the Raiders "if the business environment changes for us" in Australia, he said.

"The reality is we've gone from 1,000 staff. Next year we'll be 100 staff. The impact of the 5G ban and the greater Australia-China relationship has had a huge flow-on effect," Mitchell said.

"Where we had hoped our business would pick up outside of the 5G hasn't happened," he added.

Raiders chief executive Don Furner said the team was "very sad" to be losing its major sponsor. Neither Huawei nor the team has ever made public the value of the sponsorship.

"The Canberra Raiders and Huawei have enjoyed a fantastic partnership for nearly a decade - they have been by far our longest serving major sponsor," Furner said.

China has made Australia lifting its ban on Huawei on essential infrastructure a condition of turning around strained bilateral relations. The diplomatic relationship has since worsened because Australia called for an independent inquiry into the origins of and international responses to the coronavirus pandemic.

China has blocked exports of Australian barley and beef in recent months. China has also begun an investigation into whether Australia has breached trade rules by selling wine at inappropriately low prices on the Chinese market, an allegation that Australia rejects.

Australia maintains it does not want a trade war with China, its most important trading partner.

"Australia is certainly not engaging in any type of war," Trade Minister Simon Birmingham said recently. "What we want is a constructive trading relationship, one where we can work together in the areas of mutual interest."

The Raiders have become more successful in recent years. The Raiders were runners up in last year's premiership and are ranked fifth in the current season. They last won a premiership in 1994.

Huawei is at the center of a major dispute between Washington and Beijing over technology and security. U.S. officials say Huawei is a security risk, which the company denies, and are lobbying European and other allies to avoid its technology as they upgrade to next-generation networks.

China, meanwhile, is trying to encourage Europeans to guarantee access to their markets for Chinese telecom and technology companies.

Huawei is suffering as Washington intensifies a campaign to slam the door on access to foreign markets and components in its escalating feud with Beijing.

European and other phone carriers that bought Huawei gear despite U.S. pressure are removing it from their networks. Huawei got a flicker of good news when it passed rivals Samsung and Apple as the No. 1 smartphone brand in the quarter ending in June thanks to sales in China, but demand abroad is plunging.

Mitchell said the decision to end the Raiders' sponsorship was solely because of Australian, rather than global, business conditions.