U.S. President Donald Trump is escorted by Japan's Emperor Naruhito during a welcoming ceremony at the Imperial Palace in Tokyo on Monday. (Pool photo)
International relations

Golf, sumo, a black-tie dinner with the emperor and trade talks

TOKYO -- U.S. President Donald Trump and his wife, Melania, arrived in Japan on Saturday night for a four-day official state visit. On Sunday, he joined Prime Minister Shinzo Abe for a round of golf, awarded the "President's Cup" trophy to a sumo champion and enjoyed a casual dinner in Tokyo's upscale Roppongi district with his host and their wives. On Monday, Trump appeared at a news conference with Abe -- with trade a major topic -- before attending a black-tie dinner with Emperor Naruhito. 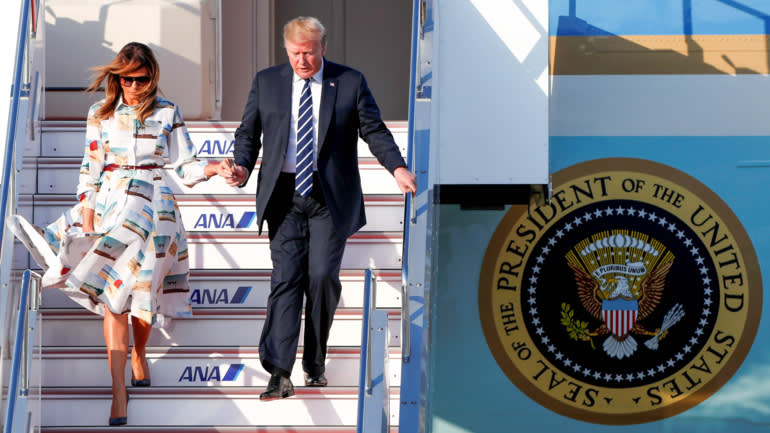 U.S. President Donald Trump and first lady Melania Trump arrive from a flight aboard Air Force One at Haneda Airport in Tokyo on Saturday.   © Reuters