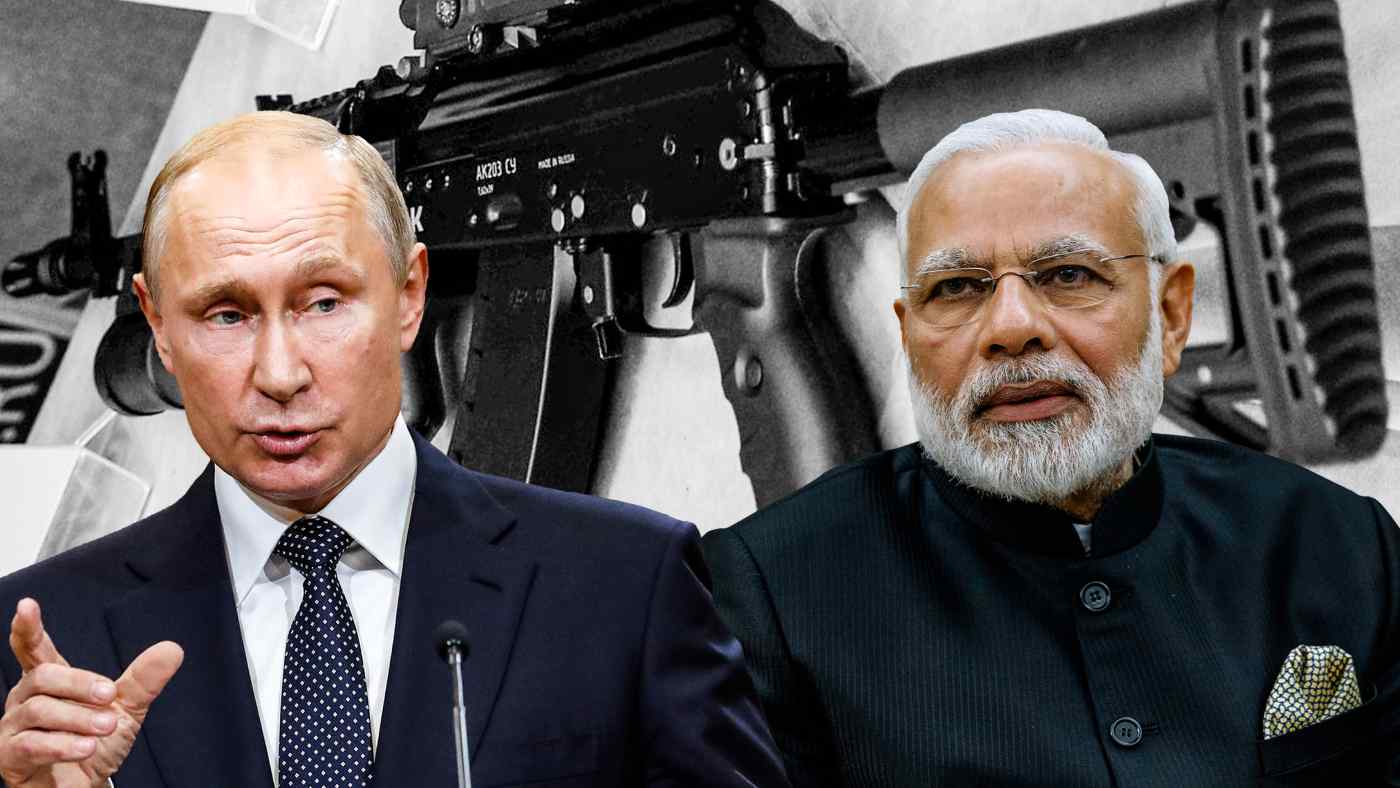 NEW DELHI -- India on Monday signed a 51-billion-rupee ($681 million) deal with Russia to jointly produce AK-203 assault rifles in the country, in a sign of deepening defense ties between the two nations.

The pact was inked as Indian Prime Minister Narendra Modi and Russian President Vladimir Putin held their annual summit, which coincided with the inaugural "two-plus-two" meeting of the countries' defense and foreign ministers.