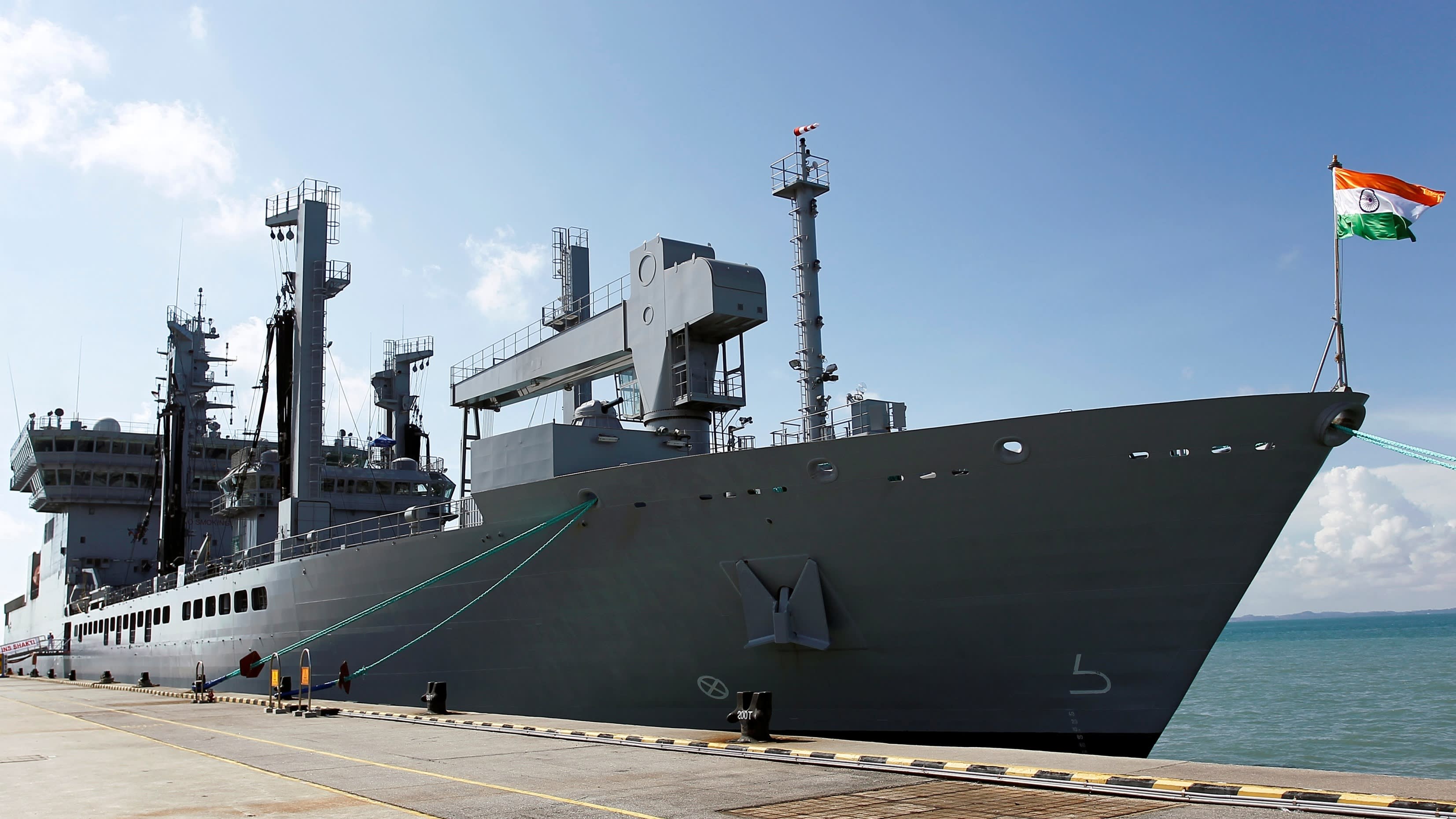 NEW DELHI -- India and Australia on Thursday signed a deal that will strengthen their cooperation in the Indo-Pacific region and is sure to draw China's attention.

The "arrangement concerning Mutual Logistics Support," which calls for reciprocal access to each nation's respective military bases, was sealed during a remote summit between Indian Prime Minister Narendra Modi and his Australian counterpart, Scott Morrison.

It is also expected to strengthen a quadrilateral partnership that includes Japan and the U.S. and is seen by analysts as part of efforts to contain China's influence in the Indo-Pacific.

The bilateral pact comes amid a standoff between China and India in disputed Himalayan border areas as well as strains in Sino-Australian ties following Canberra's call for an international investigation into the origins of the novel coronavirus that emerged in the Chinese city of Wuhan.

Morrison was originally scheduled to visit India in January but was unable to due to bush fires that were ravaging his country. In subsequent months, rescheduling proved impossible due the pandemic. The two sides eventually decided to hold a virtual summit.

They also agreed to increase military "interoperability" through defense exercises via the mutual logistics support arrangement. 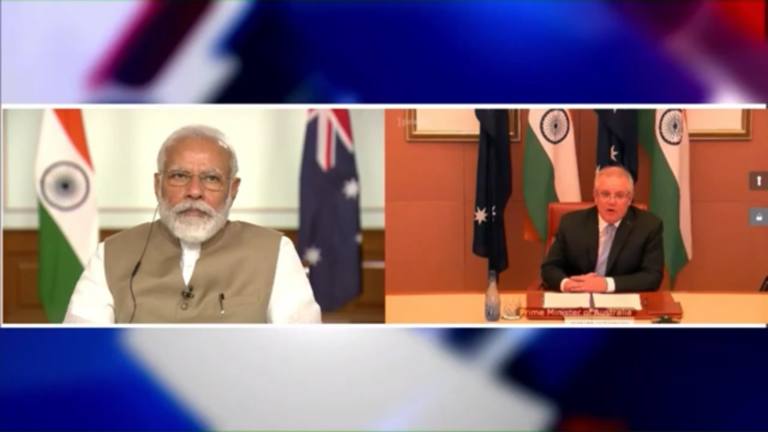 A captured image from a video, released by India's Ministry of External Affairs, of the virtual summit taken part in by Indian Prime Minister Narendra Modi and Australian counterpart Scott Morrison on June 4.

Regarding the vast Indo-Pacific -- often referred to as the Asia-Pacific -- the two sides reiterated their commitment to promoting peace, security, stability, and prosperity in a vast region that, they stressed in a joint statement, is vital for the world.

"As two key Indo-Pacific countries, India and Australia have an enduring interest in a free, open, inclusive and rules-based Indo-Pacific region," says a joint declaration.

They have "a shared interest in ensuring freedom of navigation and overflight in the Indo-Pacific region, and maintaining open, safe and efficient sea lanes for transportation and communication," it adds.

The statement on maritime cooperation includes "euphemisms that focus on China and its aggressive posturing in the South China Sea," said N.C. Bipindra, founder and editor of the news portal Defence.Capital.

China, which claims most of the South China Sea, is engaged in maritime disputes there with several Southeast Asian countries, including Vietnam and the Philippines. The United States, Japan and some other countries have expressed concerns over China's expansion, fortification and militarization of small islets that it controls in the resource-rich area and have cited possible threats to the free movement of international shipping and aircraft.

Beijing maintains that it poses no threat to the free flow of commerce and navigation.

India, the U.S. and Japan have been holding regular trilateral maritime drills in which Australia's inclusion as a permanent member is under consideration, Bipindra said, adding if that happens this logistics pact with Canberra will certainly help.

India has a similar pact with the U.S, leaving Japan as the only Quad member with which New Delhi has yet to sign such an agreement.

"Time and again questions have been asked what really are the instrumentations that you have put in place for Quad to function as a cohesive unit," Pankaj Jha, a professor of defense and strategic affairs at the O.P. Jindal Global University, said.

"At the first surface level in the Quad, [such pacts] will be a structural and functional aspect which will bring some semblance, some importance to the Quad initiative itself," he said, adding India also has memoranda of understanding with the U.S. and Japan on encrypted military communications and might come to a similar agreement with Australia as well.

The four countries," Jha said, "are creating a whole blueprint in terms of intelligence sharing for working together under the Quad initiative."

Bipindra says the latest agreement "does not have strategic intent but it has tactical intent."

"China is going to see it as against its interests, given the current circumstances" of tense relations with India and Australia, he added.