East-West relations now dictated by their stance on China BANGKOK -- Leaders of the Group of Seven leading industrial nations closed their face-to-face meetings in Britain on June 13 after showing to the world a unified front against China.

The summit was also extended to include leaders in four other democracies -- Australia, South Korea, South Africa and India -- as guests.

For Indian Prime Minister Narendra Modi, who attended online because of the COVID crisis in his country, his G-7 appearance marked his second meeting with the leaders of Britain, Germany, France and Italy almost in a month.

India and Europe are drawing closer to each other. In fact, Britain and the European Union are competing for closer ties with India.

On May 4, British Prime Minister Boris Johnson held an online conference with Modi. Although Johnson had planned to visit India in January on his first overseas trip after Britain's withdrawal from the EU, the plan was rescheduled to April because of an increase in COVID-19 infections in his country. By April, the worsening situation in India led to Johnson's second postponement of the trip. 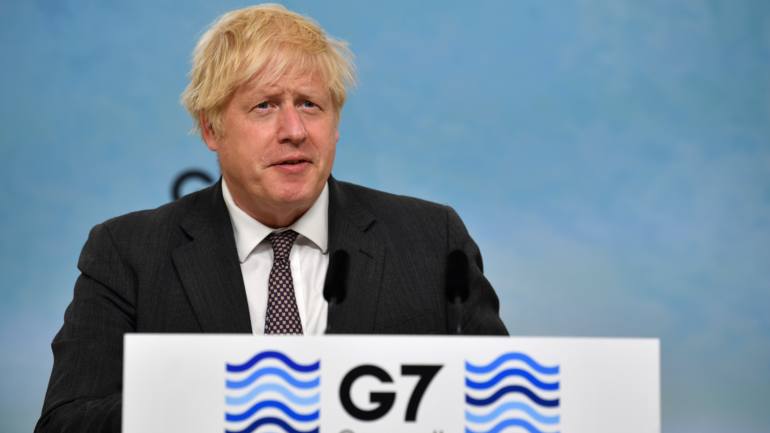 Britain and the EU separately agreed with India to launch negotiations for free trade agreements. In 2007, nine years before Britain voted to leave the EU, the bloc began negotiations for an FTA with India but failed to make substantial progress despite 16 meetings. Talks were finally abandoned in 2013.

It is little surprise that all sides have resumed talks. The trade figures speak for themselves. The EU was India's third largest trade partner in 2020, absorbing 11.2% of the South Asian country's exports and imports, after China's 12.1% and the 11.8% for the U.S. Britain captured the 14th largest portion of 1.9% but trailed only German's 2.7% within the European bloc.

India only chalks up surpluses in trading with the U.S., the EU and Britain among its 15 largest trading partners, signifying the importance of these relationships to Delhi.

Since 2011 when its FTA with Japan came into force, India has not signed any other such agreements. But after India withdrew from the Regional Comprehensive Economic Partnership deal in November 2019, in the last stretch of talks, it has become more crucial for the country to forge closer trade links with other partners.

India turned its back on the RCEP at the last moment to avoid a further increase in imports from China. Commerce and Industry Minister Piyush Goyal said then that Delhi should restart FTA talks with the EU. 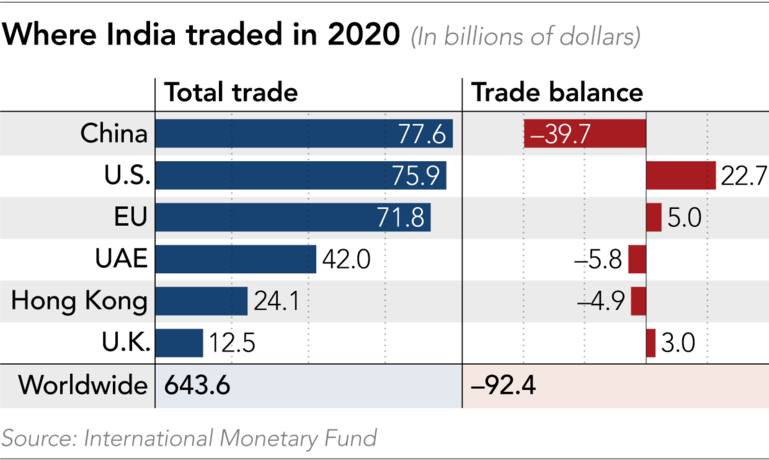 Given these numbers, India is hardly a high-priority FTA partner for the EU and Britain, despite the economic potential of its vast 1.3 billion population.

Yet, Europe and Britain are eager to conclude an FTA with India in large part due to the effects of Brexit. Since its withdrawal from the EU, Britain has reached out to its former colonies of Australia and Singapore, and is especially eager to bring in India because of its large economy.

The EU cannot afford to overlook such moves by Britain which has become a competitor to the bloc. Britain is ahead of the EU in this sense, as symbolized by their successive summit meetings with India.

The emergence of room for a compromise in the issue that toppled negotiations between the EU and India in the past is an important factor behind the recent development.

In 2013, negotiations stalled because India refused to cut tariffs on products such as auto parts, wines and spirits, while the EU was reluctant to open markets for the export of services and human resources India is good at, such as development of software, acceptance of outsourcing orders and medical services.

Britain spearheaded those negotiations with India. While nervous about a steep increase in immigrant laborers and an outflow of employment, factors which had contributed to the Brexit vote, Britain was also aware that it, as the former colonial ruler and an English-speaking country, would be affected more than any other country in the bloc by an opening of the market for services.

Brexit has lowered the hurdle for the EU. Britain, too, under the Johnson administration is approaching India "from the viewpoint of securing labor power," said Yosuke Tsuchida, deputy senior research at Mitsubishi UFJ Research and Consulting. Paradoxically, Britain is turning to India for labor and talent now that it has lost workers from Central and Eastern Europe.

But a more important variable is China, the EU's biggest trading partner outside the bloc and Britain's third largest the EU and the U.S.

While India can become an important export market, a sense of crisis has grown in Europe because of its reliance on China for imports of medical and other supplies amid the COVID-19 pandemic. Europe is now hoping that India can be its alternative source. 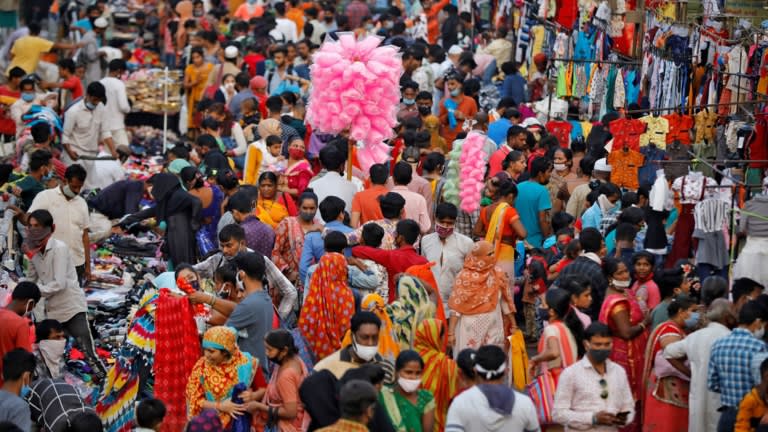 In this respect, Europe may not get what it wants because India under the Modi administration has become more protectionist, making it extremely difficult for the bloc to win concessions. Nevertheless, it is important for Europe that it tries to keep China in check by forming warmer ties with India.

"Benefits of trade negotiations are not limited to economic," said Seiya Sukegawa, professor at Kokushikan University. "Repetition of talks held on a regular basis deepens ties. While India is in an advantageous position in terms of an FTA alone, Europe can benefit greatly in the field of geopolitical diplomacy and security."

International society has always operated under a policy of "cold political but hot economic relations." This has worked in many bilateral relationships in the past, in particular those between Japan and China, and Japan and South Korea.

In recent years, though, with China challenging the hegemony of the U.S., the world seems to have plunged into an age of "cold political and cold economic relations." Europe and India, which fell in line with the U.S. in policy toward China at the just-ended G-7 conference, are not immune to that trend.

China is alarmed, needless to say. Commenting on the resumption of FTA talks between the EU and India, the state-controlled newspaper Global Times said China had surpassed the U.S. to become the EU's biggest trading partner for the first time in 2020 and regained the position as India's largest trading partner. If the EU and India opt to jointly confront China in economy and trade for their own geopolitical interests, it will be very detrimental to the recovery of both economies, it warned.

But China itself is guilty of using money to turn politics its way. Beijing exerts its influence on Asia, which has maintained a balance between reliance on the U.S. for security and on China for economy, through its Belt and Road Initiative, dangling loans and offers of development to countries that are able to bend to its wishes.

China has imposed economic sanctions, such as import restrictions, on Australia after Canberra demanded investigation into the source of the pandemic. Chinese President Xi Jinping went as far as to say that China will strengthen its intimidating and retaliatory power by making global supply chains more dependent on it.

The separation of politics and economics has become a past idea. Will Asia, which will likely become the main battleground of the new Cold War between the U.S. and China in the post-COVID era, also become the stage of confrontation between the new economic blocs?