NEW DELHI -- The governments of India and Japan have agreed to hold joint fighter jet exercises in Japan, as they held their first "two-plus-two" dialogue between their foreign ministers and defense ministers in New Delhi on Saturday.

The two sides also confirmed that they will accelerate talks to sign an acquisition and cross-servicing agreement, a defense pact that allows for the sharing of food, fuel, transportation, ammunition and equipment.

"To maintain and strengthen a free and open Indo-Pacific, we want to further realize cooperation with India in terms of security and defense," Motegi said.

Tokyo is keen to explore security cooperation with India, as a counter measure to China's maritime expansion and to exchange information regarding the developments in the Indian Ocean. 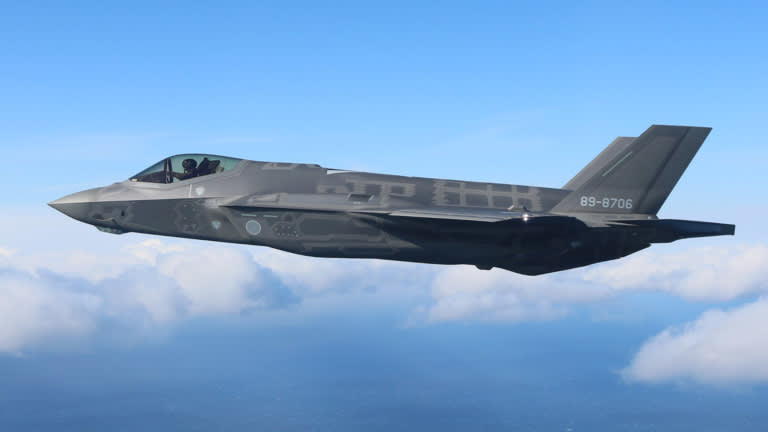 A joint statement released after the meeting said the two sides were aware of China and Southeast Asian nations drafting a South China Sea code of conduct, calling for the document to be "consistent with international law" and "ensure freedom of navigation."

The joint fighter training with India will be the fourth such collaboration for Japan, following the U.S., U.K. and Australia. In recent years, Japan's Self-Defense Forces and the Indian military have been actively holding joint training, and the two sides look to hold them on a regular basis, as well as expand the content.

The two sides hope to reach a comprehensive acquisition and cross-servicing agreement by the end of the year. The agreement, which will be Japan's sixth such pact after signing with the U.S., U.K., France, Canada and Australia, will enhance logistical support between the two defense forces.

The ministers agreed to advance joint research in the field of unmanned land vehicles and robotics. Japan welcomed India's efforts to collect data on vessels passing through the Indian Ocean and expressed appreciation for the exchange of information that has begun between Japan's Maritime Self-Defense Force and the Indian military.

India and Japan share a similar concern about China's rising influence in South Asia and the Indian Ocean under the Belt and Road infrastructure building initiative. The two sides confirmed that the next ministerial level two-plus-two talks will be held in Tokyo.