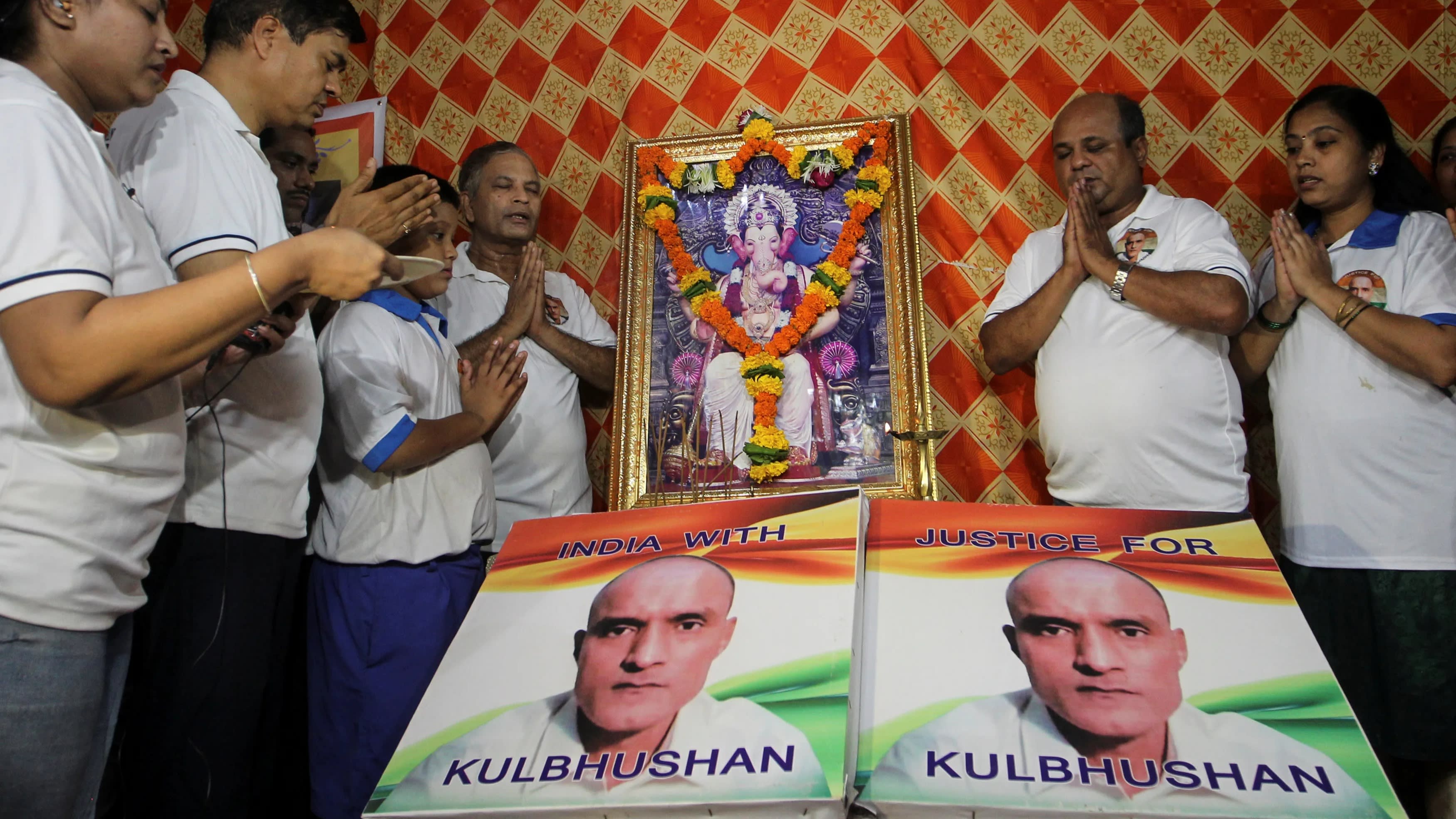 People in Mumbai pray ahead of an international court's verdict in the case of Indian national Kulbhushan Jadhav, whom Pakistan alleges is a naval officer-turned-spy.   © Reuters

ISLAMABAD/NEW DELHI -- India and Pakistan claimed victory after the International Court of Justice, or ICJ, on Wednesday ordered Pakistan to reconsider executing an alleged Indian spy and to review the case. The Hague-based court, however, stopped short of meeting India's demand that it order the Indian national's release.

The case is one of many divisive matters between the nuclear-armed South Asian neighbors, who have fought three major wars and numerous skirmishes in their 72-year history, mainly over the division of the predominantly Muslim state of Kashmir.

Indian Prime Minister Narendra Modi welcomed the ruling. "Truth and justice have prevailed," Modi tweeted Wednesday night, congratulating the ICJ for a verdict based on an "extensive study of facts."

"I am sure Kulbhushan Jadhav will get justice," he said.

Defense Minister Rajnath Singh described the verdict as a "big victory" for India. "It is also a big win for PM [Modi's] diplomatic initiative," Singh tweeted.

India's Ministry of External Affairs said in a statement that the landmark judgment fully validates the country's position. "We will continue to work vigorously for [Mr.] Kulbhushan Jadhav's early release and return to India."

In Pakistan, the foreign ministry released a statement that appears to say Jadhav remains in legal jeopardy. "Having heard the judgment," it says, "Pakistan will now proceed as per law."

A senior Western diplomat in Islamabad who spoke to Nikkei on condition of anonymity after the verdict said the ruling appears to have averted another major clash between India and Pakistan, at least for now.

"I believe India and Pakistan will each have reason to claim victory," the diplomat said. "This is important for these two [countries] to remain engaged [with each other] and learn to show maturity in resolving their disputes. It's important for the two countries to avoid letting their relations slip out of control."

In London, Harish Salve, India's lead counsel in the Jadhav case, told a media briefing that the ICJ protected Jadhav from being executed and has delivered a judgment that "once again restored the faith in the rule of law."

He said he views this judgment with "a sense of relief, a sense of gratification," adding "it is now a good moment for us to help Jadhav get justice [and] ensure he has a fair trial."

If Pakistan does not give Jadhav a fair trial, he said, India can always go back to the ICJ.

"If the ICJ verdict is disobeyed we can take measures," he said, "including by way of sanctions in the United Nations. Now, I'm sure Pakistan will not go that way ... or at least I hope so."