India and Russia in talks over co-manufacturing Sputnik V 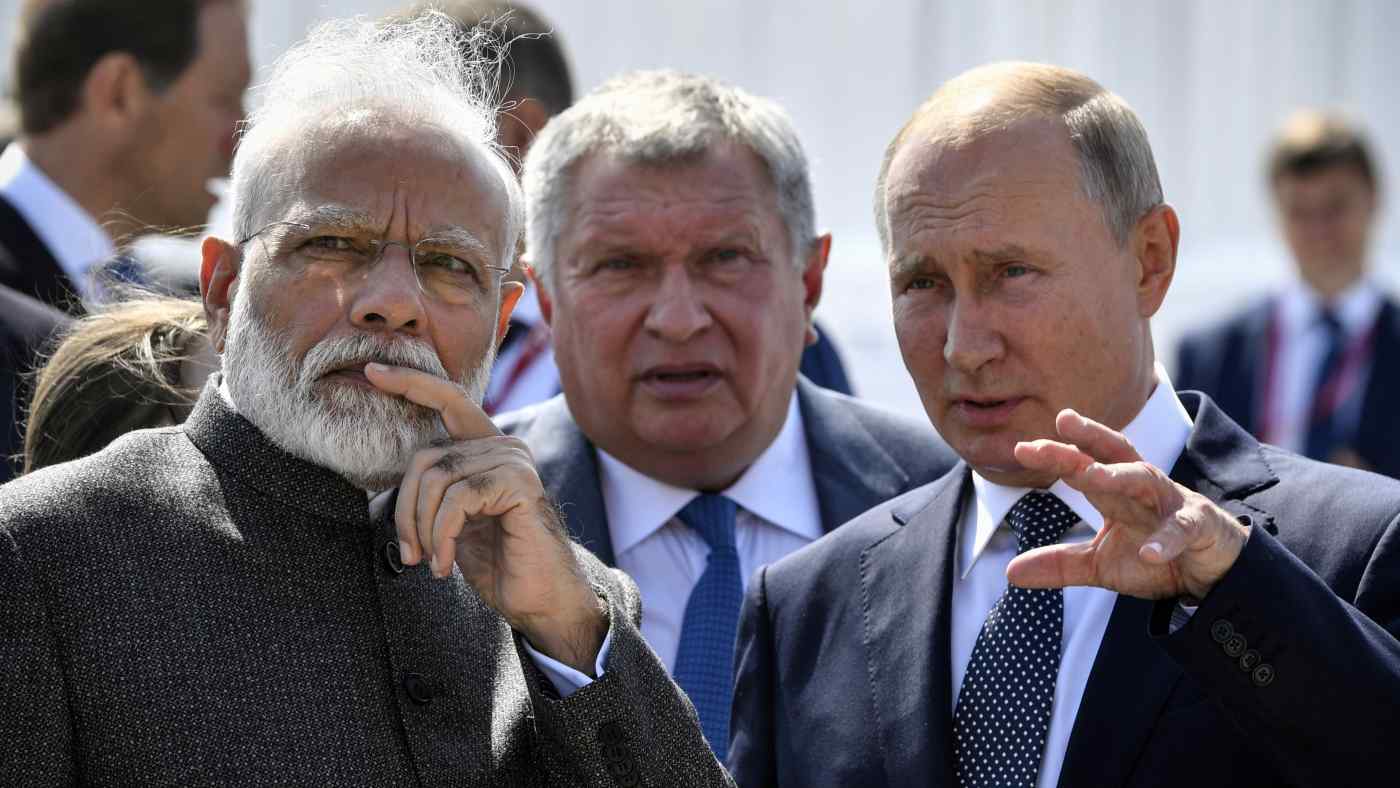 NEW DELHI -- Russia, a traditional ally of India, appears keen to collaborate in manufacturing its COVID-19 vaccine Sputnik V, which it claims is the world's first against the deadly virus.

"As far as Sputnik V vaccine is concerned, both the countries are in communication," Indian Health Secretary Rajesh Bhushan told reporters this week when asked whether New Delhi had been formally approached by Moscow over manufacturing the vaccine.

"Some initial information has been shared [with India, and] some detailed information is awaited," he said, without providing further details.

Russian President Vladimir Putin on Aug. 11 announced that the vaccine, developed by Moscow-based Gamaleya Research Institute of Epidemiology and Microbiology in collaboration with the Russian Direct Investment Fund, had been registered -- and that one of his daughters had already been inoculated. Because the crucial Phase 3 trials are not yet finished, there have been concerns over its safety and swift regulatory approval.

Russia's ambassador to India, Nikolay Kudashev, recently tweeted that he had "discussed certain aspects of traditional bilateral cooperation in the field of public health with Dr. Renu Swarup, Secretary, Department of Biotechnology" in the Indian government. He too did not give details. A research scientist at India's Serum Institute, the world's largest maker of vaccines, in Pune on May 18. It is now conducting clinical trials of Oxford University's coronavirus vaccine.   © Reuters

Analysts believe Russia wants to partner with India in making vaccines because the South Asian country is one of the largest producers of generic drugs and vaccines. India also provides a large pool of people on which the vaccine can be tested because it is the third-worst-hit nation in the pandemic, with over 3.3 million cases and 61,000 deaths.

"India can be an evaluator of effectiveness of the Russian vaccine, and if Sputnik V [is a success here] this will give a huge boost to the Russian pharmaceutical industry and that country's economy," Pankaj Jha, a professor of strategic affairs at the O.P. Jindal Global University, said.

Geopolitically, too, it would be advantageous to Russia, which would be able to tout itself not only as the first country to develop a COVID-19 vaccine but also as one that could supply other nations inexpensively due to joint manufacturing with India, he said. 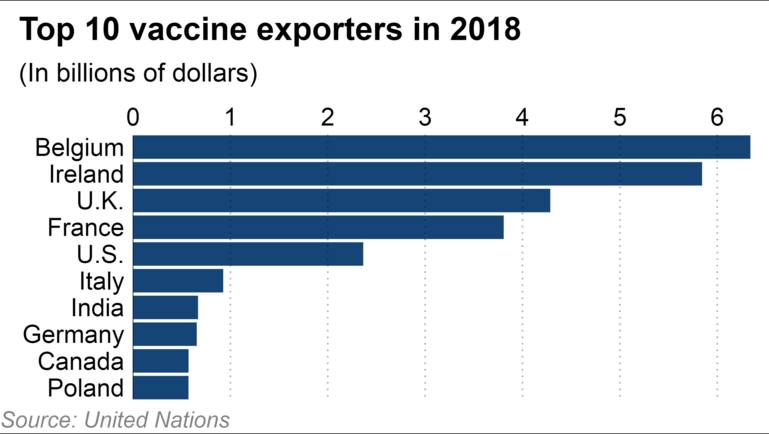 "Russia would like to regain its stature, strength and also global acceptability," Jha said. "If it manages to supply its vaccine at a lower cost than those being developed by Oxford [University] and others, that would be its biggest diplomatic move. But who's going to provide the vaccine at a lower cost? It's only India, nobody else."

If India and Russia collaborate in vaccine production, it will add another dimension to their long relationship. The two already have a special strategic partnership, of which defense is an important pillar.

Among their major defense deals is a $5 billion 2016 agreement for New Delhi to purchase five units of Russia's S-400 Triumf long-range surface-to-air missile system, despite U.S. objections. The two are also reportedly finalizing a mutual defense logistics pact -- on the lines of those India has signed with the U.S., France and Australia -- that would enable them to access each other's military bases. New Delhi and Moscow also hold an annual summit meeting. India's Ministry of External Affairs says this year's summit is to take place in October, when Putin is expected to visit.

Across the world there are more than 150 COVID-19 vaccines in various stages of clinical trials. In India, two candidates -- one from Bharat Biotech, which is collaborating with the Indian Council of Medical Research, and the other from Zydus Cadila -- began human trials last month. Serum Institute of India, the world's largest vaccine-maker, based in the western city of Pune, also is conducting clinical trials of Oxford's vaccine.

"The whole world is working to discover the vaccine," Indian Health Minister Harsh Vardhan told reporters on Aug. 22, adding that 26 candidates had entered clinical trials and 139 others were in preclinical phases. He said India had a total of three candidates in various clinical trial phases.

"If everything goes well, India would be able to get a corona vaccine by the year end," he added.

Analysts say India needs to carefully assess the Russian offer to collaborate. "Russia has taken a big gamble by going ahead with the vaccine. It's like shooting in the dark given that results from human trials have yet to be published or peer-reviewed," said Archana Jyoti, a health columnist. "Not much data is available on the vaccine efficacy and dosage. India should better wait and watch Russia's own experience with its vaccine."

In a statement on Wednesday, the Russian Direct Investment Fund said a post-registration clinical trial of the coronavirus vaccine had started in Moscow, with 40,000 people participating.

In July, a controversy erupted in India over the Council of Medical Research's unrealistic target of launching the country's first COVID-19 vaccine -- the one developed with Bharat Biotech -- by mid-August. The council soon clarified that it just intended to cut red tape and not sacrifice safety. The vaccine continues to be in clinical trials.