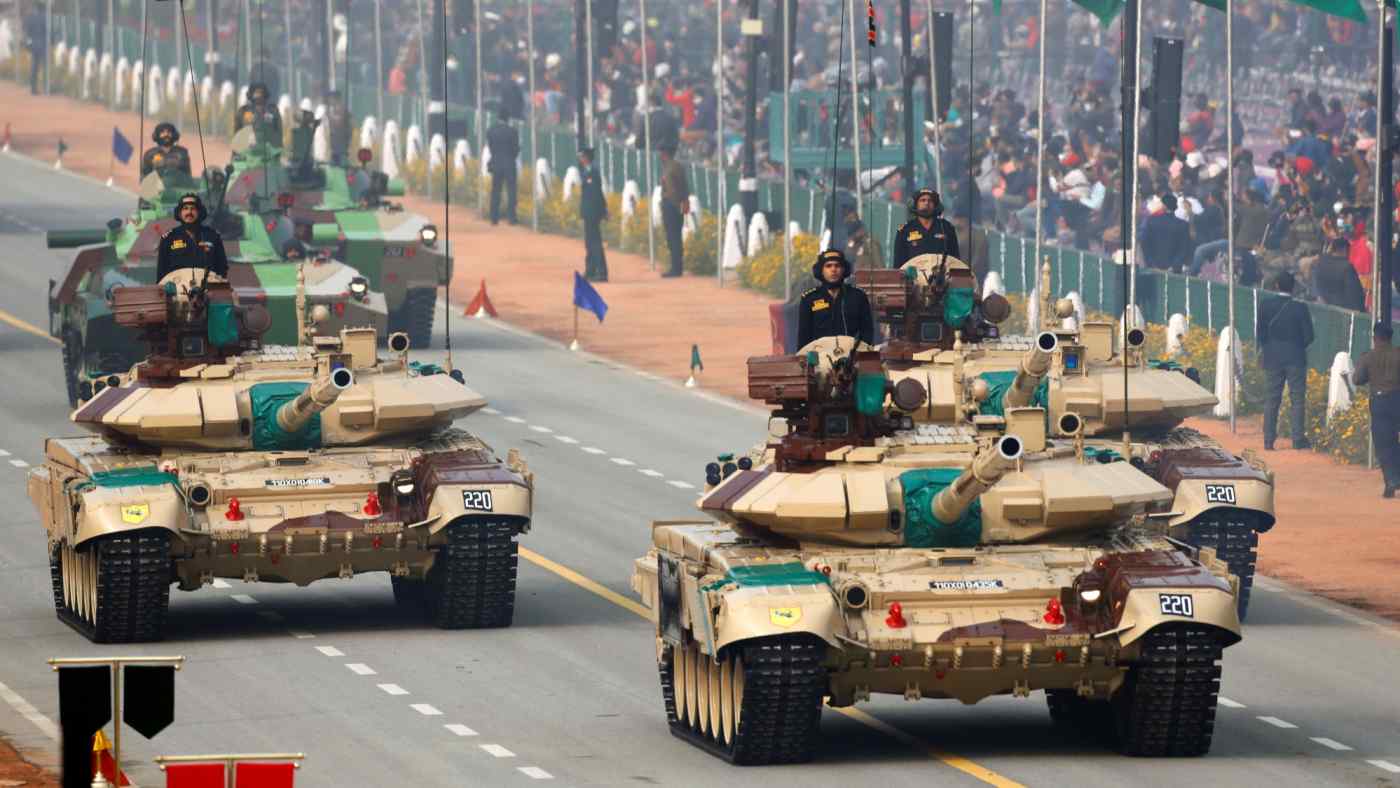 NEW DELHI -- India is making overtures to Israel, the U.S. and Europe in an effort to reduce its dependence on Russian arms, as the war in Ukraine highlights the risk of relying too heavily a single partner.

The war has pushed Russia closer to China, which India considers its biggest threat as the countries remain embroiled in a border dispute. New Delhi is now exploring ways to possibly reduce its Russia-dependence.

During Modi's tour of Europe last month, he and French President Emmanuel Macron agreed on more French involvement in India's campaign for greater self-reliance, including on "advanced defense technology."

Modi also met with U.S. President Joe Biden following the May summit of the Quadrilateral Security Dialogue, or Quad, which includes Japan and Australia. The leaders discussed a low-cost weapons package from the U.S. to India. Modi urged cooperation from U.S. defense companies on production in India.

"The most important lesson that India is learning from the Ukraine crisis is that overdependence on any one country is bad," said Harsh Pant, vice president of studies and foreign policy at the Observer Research Foundation in New Delhi.

"The defense cooperation with Israel and other countries will help India in reducing its dependence on Russia," Pant added.

India's military ties to Russia date back to the Soviet era. Of the $13.2 billion worth of arms India imported between 2016 and 2022, 49% came from Russia, according to the Stockholm International Peace Research Institute. France followed with 18%, Israel with 13% and the U.S. with 11%.

India so far has avoided denouncing Russia over its Ukraine invasion and the resulting war. But most of the international community stands against Russia, which has influenced public opinion within India as well. New Delhi is now working to find a more diverse set of suppliers for military equipment.

India sees China, which has a larger defense budget and larger military, as its biggest threat. The Quad is designed in part to counter China's clout in the Indo-Pacific. Other members of the framework will consider joint arms production with India and other measures in response to its push to bolster its defense industry, a Quad diplomatic source said.

The U.S. and Europe worry about India's continued crude oil imports from Russia, and welcome India's shift in this area as well. Modi in a May meeting with German Chancellor Olaf Scholz called for cooperation in promoting hydrogen and renewable power. The U.S. and Europe aim to foster long-term partnerships with India on economic and energy issues.