NEW DELHI -- India anticipates a long-term standoff on its de facto mountain border with China and plans to deploy new patrol boats and military aircraft as well as more ammunition to the front lines.

The Indian military will bring 12 larger, faster patrol boats to a lake in Ladakh by May, local media report, and add five days worth of weaponry and ammo to its 10-day stockpile there. The deployment is described as an attempt to counter Chinese boats on the lake.

Roughly 3,000 km of the border between the two Asian nations is in dispute, running through some of the world's most rugged terrain in the Himalayas. Both sides have blamed tensions on each other and dug in after a clash in June that killed 20 Indian soldiers and resulted in an undisclosed number of Chinese casualties.

One of the biggest hot spots is Pangong Tso, a lake more than 135 km long in Ladakh. China controls about two-thirds of the lake and India the rest.

The lake is thought to be frozen now during the winter. But India is preparing for protracted tensions there with the patrol vessels, which reportedly can carry 30 armed soldiers and ammo. The military also will consider using Indian-produced drones in the lake area. 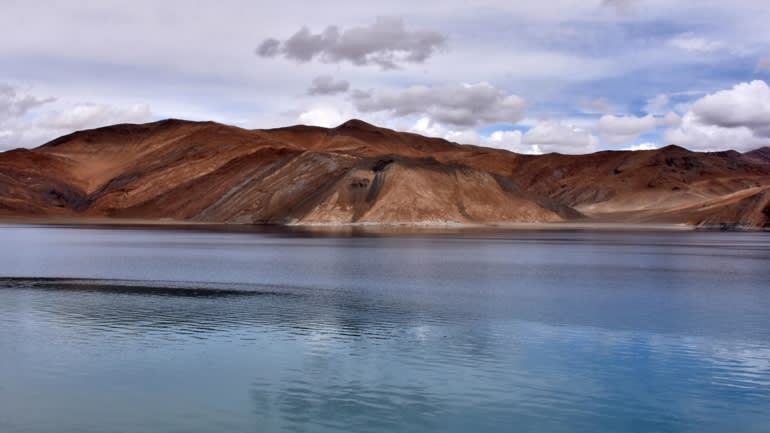 Pangong Tso in the Ladakh region: The  Line of Actual Control, a de facto border between India and China, runs through this lake.   © Reuters

Meanwhile, India will buy 83 new homegrown military jets. Defense Minister Rajnath Singh on Jan. 13 tweeted that these jets will become the "backbone" of India's air force and use new technologies, "many of which were never attempted in India."

About 500 local companies will be involved in producing these aircraft, a key project to bolster the country's defense industry under Prime Minister Narendra Modi's "Make in India" initiative.

"We are today probably at the most difficult phase of our relationship with China, certainly in the last 30 to 40 years," External Affairs Minister Subrahmanyam Jaishankar has said. More than 1,000 Indians died in a border war with China in 1962.

Indian and Chinese military commanders last met in November to discuss the border row. But they have set no date for a follow-up and reportedly are at an impasse, with India suggesting that the countries withdraw from several hot spots at once while China remains focused on Pangong Tso.

India is forming strategies against various Chinese threats, army chief Gen. Manoj Naravane told reporters on Jan. 12. He expressed concern over the Chinese buildup of housing, roads and other infrastructure near the border, as well as China's growing partnership with Pakistan, a longtime rival of India.

Tensions at the border have spilled into economic ties. India has banned dozens of Chinese smartphone apps and sought to exclude Chinese manufacturers, aiming to replace them with domestic alternatives.

Chinese exports to India, which had been a major contributor to their trade imbalance, fell about 20% in 2020.