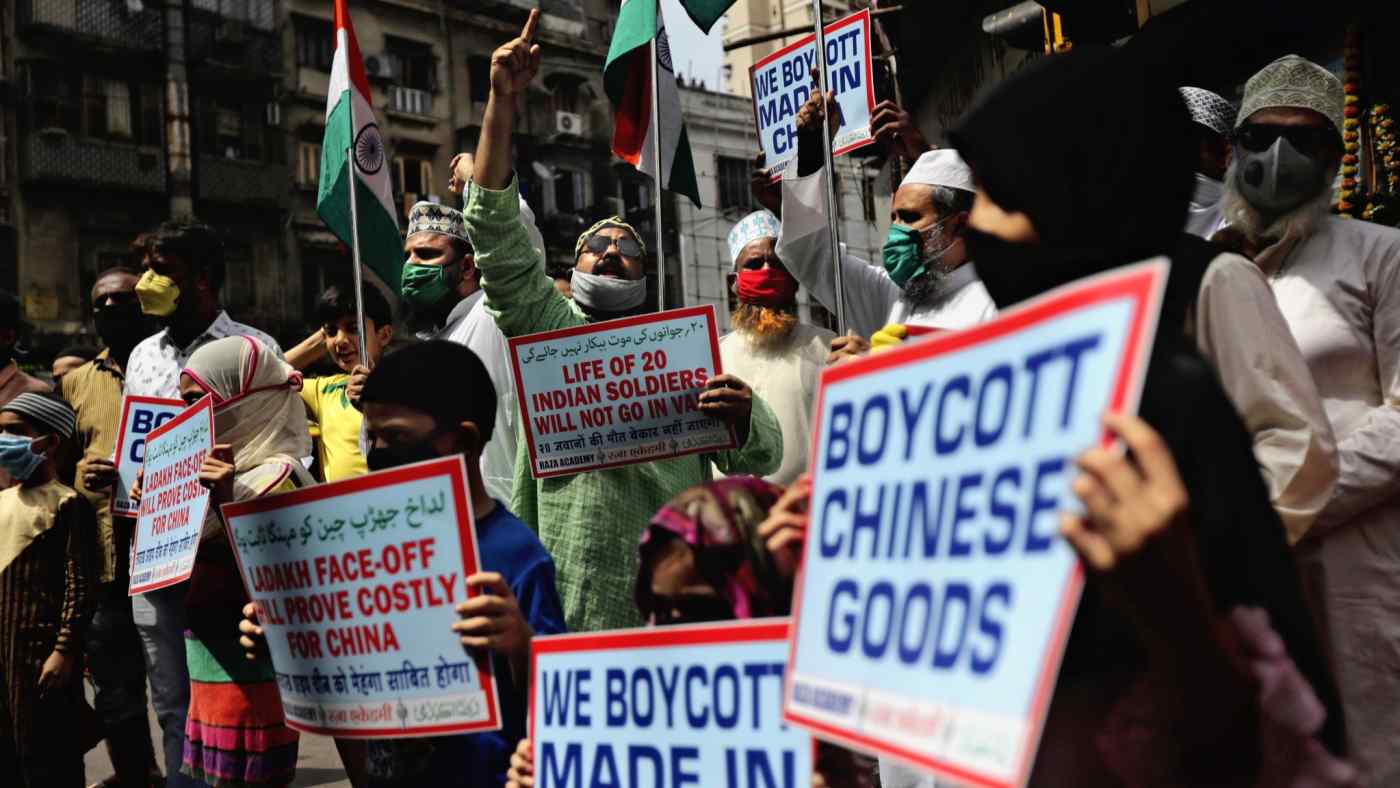 TOKYO -- India has tightened restrictions on Chinese companies seeking to supply goods or services to the government, expanding its economic retaliation against Beijing over a border conflict in the Himalayas.

Procurement regulations revised last week now require businesses in countries that share a land border with India to register with the relevant authorities and receive permission from the external affairs and home affairs ministries before bidding for contracts. This applies to a broad range of public-sector business, including state governments, state-run businesses and banks, and public-private partnerships.

Though India borders China, Nepal, Bhutan, Pakistan, Bangladesh and Myanmar, exemptions in effect limit the scope of the rules to China and Pakistan, of which only China would realistically be involved in government procurement.

New Delhi said the measures aim to "strengthen the defense and national security" of the country. The apparent goal is to freeze Chinese companies out of India's public sector entirely -- part of a clampdown on Chinese business in India since a clash along the border in mid-June that left 20 Indian troops dead.

The eastern state of Bihar has canceled a contract for a $390 million bridge over the Ganges River due to the involvement of Chinese companies, according to local media. The state of Maharashtra has frozen three Chinese investments, including the planned purchase of a General Motors plant there by privately run Great Wall Motor.

India has also tightened scrutiny of shipments from China, leaving products such as mobile phones stuck at ports.

A tariff hike on solar cells may be considered as well. India has been adding solar capacity to address electricity shortages and make its power supply greener. The country imports about 80% of its cells from China.

Prime Minister Narendra Modi said this month that the country must reduce its reliance on imported solar equipment, and the government is expected to impose import restrictions of some sort aimed at Beijing.

New Delhi had been growing warier of Beijing even before the border standoff began in May. In April, it revised foreign direct investment rules to require companies based in neighboring countries to receive government permission before investing in Indian businesses. Like the new procurement rules, this change essentially targeted China.

China was the top exporter to India in fiscal 2019 at $65.2 billion, accounting for 14% of India's total imports. Chinese foreign direct investment in India for the five years through fiscal 2020 totaled $4.3 billion, more than double the figure for the preceding five years. Chinese automakers are breaking into the Indian market, while Chinese investors have poured money into prominent Indian startups such as Paytm.

The app ban and other measures aimed at Beijing are a "double-edged sword" and may not last long, said Chandramouli Nilakantan, CEO of Indian consulting firm TRA Research.

Correction: An earlier version of this story incorrectly stated the value of China's exports to India in fiscal 2019.