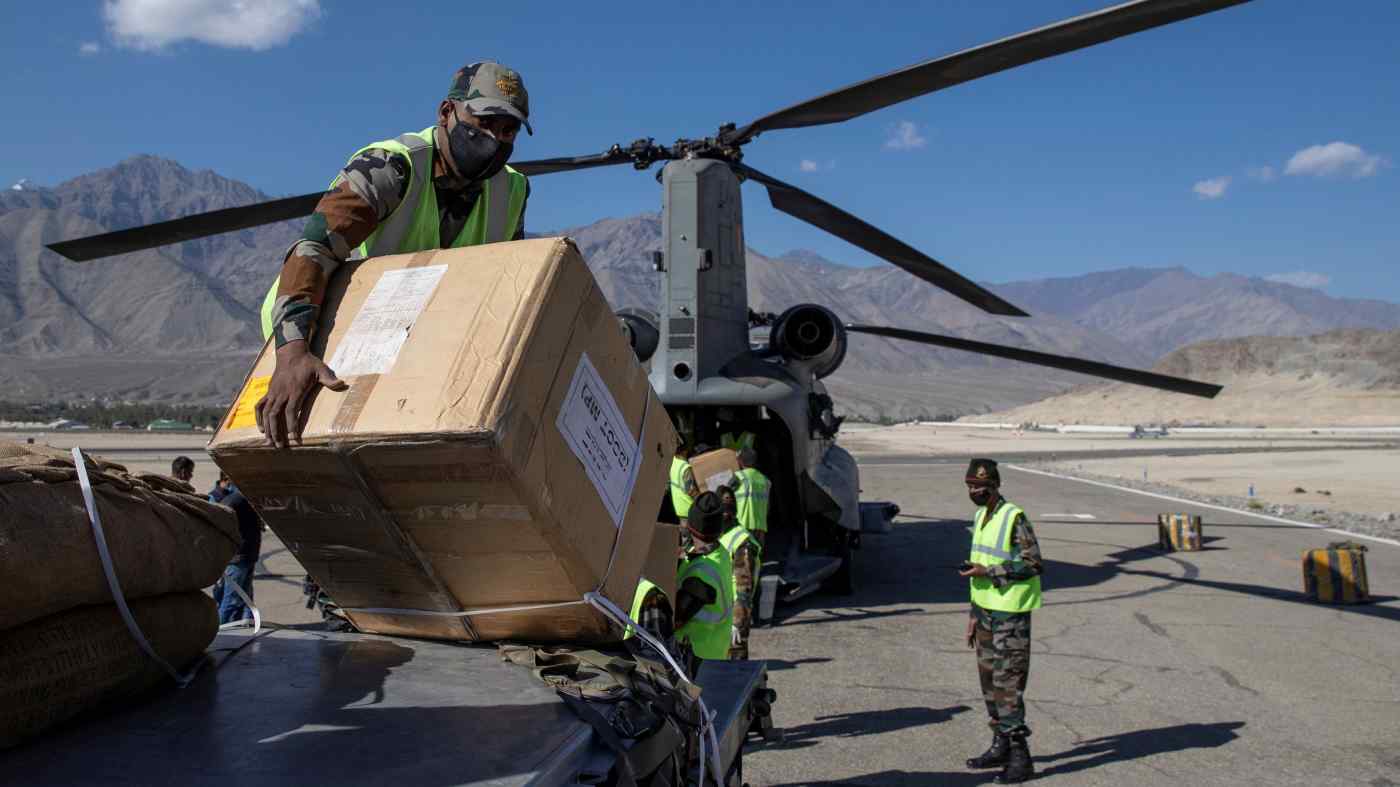 LEH, India (Reuters) -- From deploying mules to large transport aircraft, India's military has activated its entire logistics network to transport supplies to thousands of troops for a harsh winter along a bitterly disputed Himalayan border with China.

In recent months, one of India's biggest military logistics exercises in years has brought vast quantities of ammunition, equipment, fuel, winter supplies and food into Ladakh, a region bordering Tibet that India administers as a union territory, officials said.