India raises the alarm over trade deficit with Indonesia 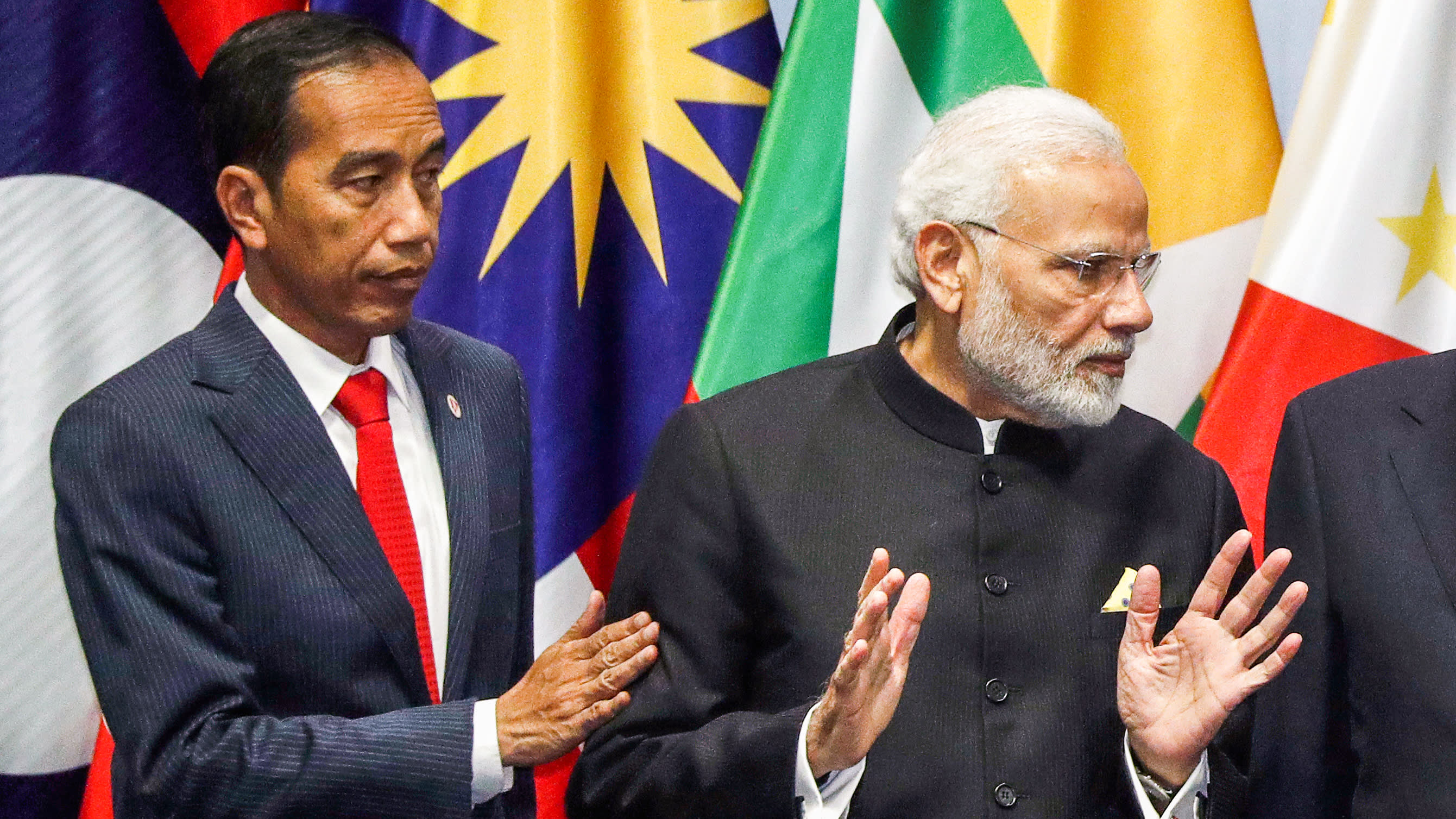 Indian Prime Minister Narendra Modi, right, with Indonesian President Joko Widodo at an ASEAN meeting in Singapore last November: The two leaders have agreed to work toward a goal of $50 billion in trade between their countries by 2025, more than double the current level.   © Reuters
KIRAN SHARMA, Nikkei staff writerJuly 13, 2019 15:00 JST | India
CopyCopied

Among the 10 members of the Association of Southeast Asian Nations, Indonesia is India's second-largest trading partner after Singapore, with annual bilateral trade of $21 billion, which the two countries aim to boost to $50 billion by 2025.

At a meeting with Indonesian Trade Minister Enggartiasto Lukita in New Delhi this past week, Indian Commerce and Industry Minister Piyush Goyal noted that the balance of trade was heavily in favor of Indonesia, and said the two countries needed to work toward establishing sustainable trade by diversifying exports.

Goyal stressed India's alarm over the deficit despite the fact that it declined to $10.6 billion in the financial year ending March 2019 from $12.5 billion the previous year.

He specifically highlighted Indonesia's import quota restrictions on India's auto and auto-component industries for completely built units, known as CBU or fully assembled vehicles, and tires, which had "adversely impacted" Indian exports, according to a statement from the Indian government, without giving details of the curbs.

"Long lead time taken for regulatory certification for new vehicles also affects the launch of new products," the statement said, adding that competitors from other countries have a better market-access advantage over Indian automakers due to Indonesia's bilateral free trade area arrangements.

Goyal requested that Muslim-majority Indonesia allow Indian-origin frozen halal buffalo meat to be free of duties and to be able to sell directly to Indonesian importers and distributors, while also seeking greater market access for India's agricultural produce -- such as musk melon, bitter gourd, grapes and pumpkin -- and milk products.

He also said there was considerable potential for expanding bilateral trade in engineering products, information technology, pharmaceuticals, and the biotechnology and health care sectors.

While assuring Goyal that he would address India's concerns, Lukita sought duty parity with Malaysian exports of refined palm oil to India, where his country faces a disadvantage.

Modi and Indonesian President Joko Widodo, in a meeting on the sidelines of the Group of 20 summit in Osaka last month, also discussed strengthening trade ties between the two countries. While the two leaders agreed to work toward achieving the ambitious target of $50 billion in trade by 2025, some analysts have voiced skepticism.

"This is too high a target even for six years down the line," said Pankaj Jha, an expert on Southeast Asia and associate professor at India's O.P. Jindal Global University. "They could have aimed for a [realistic] $30 billon to $35 billion target. The India-Indonesia trade is reaching a plateau" and it needs to be broadened, he said.

Jha said there is "bureaucratic inertia" from both sides when it comes to trade. "We are discussing everything such as defense and maritime [cooperation], but we are not really on the same page with regard to trade."

However, he noted that India is eager for Indonesia and other ASEAN nations, such as the Philippines, Malaysia and Singapore, open their service sectors to greater trade.

"India is very good in services with relatively good English-language skills, and [Indonesians] fear that the Indians might take away their jobs in this sector," Jha said. "This is the same case with the Philippines, which also thinks Indians are competitors for them in business process outsourcing and knowledge process outsourcing," he said, adding that even Singapore and Malaysia are skeptical in opening their service sectors to India.

"If you are not opening other sectors, at least open services which will compensate for [losses elsewhere], but it is just not happening," Jha said.