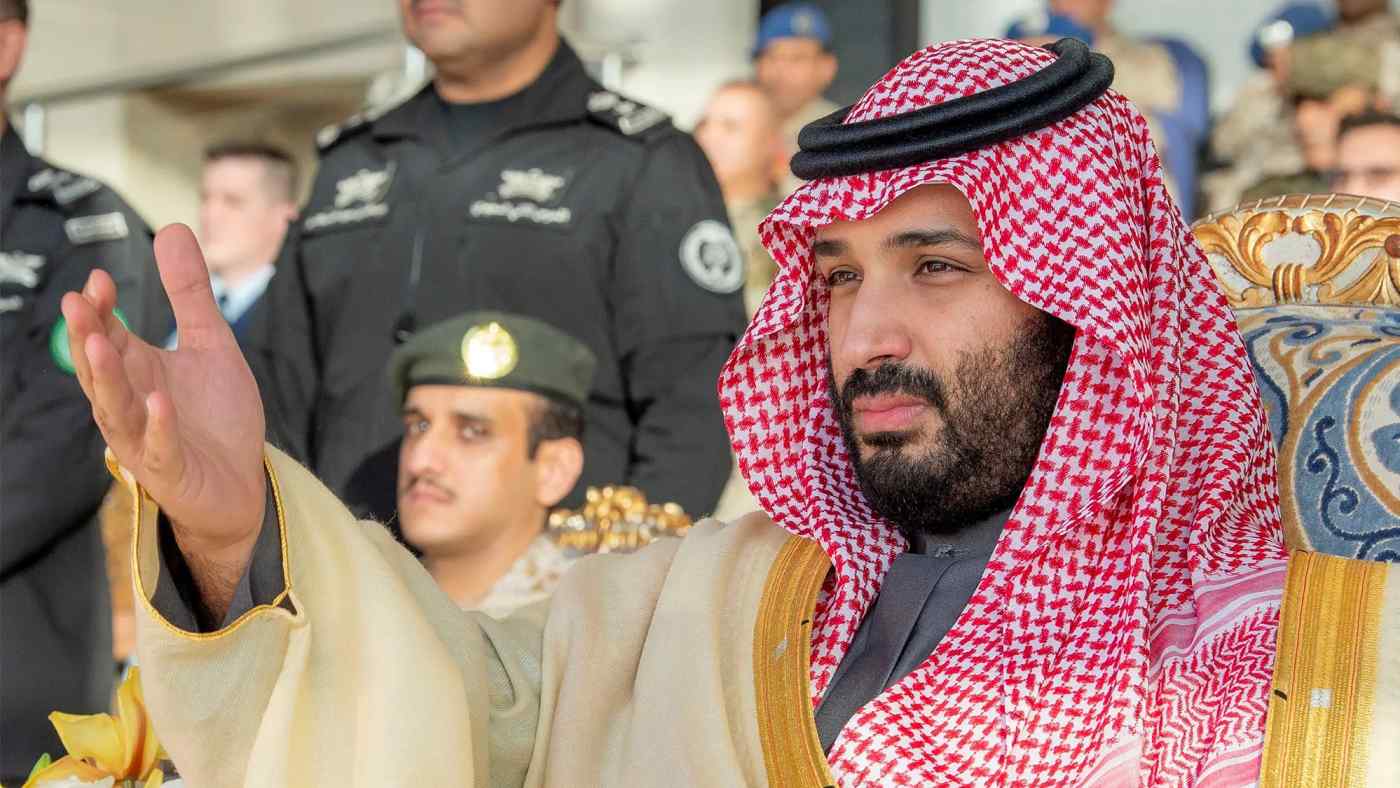 This will be the prince's first visit to the region since the October murder of Saudi journalist Jamal Khashoggi in the Saudi consulate in Turkey.

Prince Salman's suspected involvement in the murder has caused controversy worldwide, but the issue is unlikely to be discussed.

Instead, the extra charge levied on Asian countries by the Organization of the Petroleum Exporting Countries -- of which Saudi Arabia is a founding member -- will likely be the focus of Indian Prime Minister Narendra Modi.

India pays an additional $2 to $3 on each barrel of oil it imports and wants to eliminate this surcharge. Modi and the prince are due to meet on Feb. 20.

India says OPEC gives preferential terms to the U.S. and Europe. To counter this, India is also holding discussions with China, Japan and South Korea about creating a buyers' forum that could negotiate better prices.

Modi and Prince Salman met in Argentina in November on the sidelines of the G-20 summit, during which Modi stressed the importance of having stable energy prices.

India imports more than 80% of its oil, a significant amount of it from Saudi Arabia, making the kingdom India's fourth-largest trading partner.

Analysts see the visit as important for enhancing energy relations between the two nations. "India will be looking at further strengthening energy cooperation with Saudi Arabia in the wake of U.S. curbs against Iran and Venezuela, the other key oil suppliers," said Shubha Singh, a New Delhi-based analyst.

India and seven other countries were granted a six-month sanctions waiver by the U.S. in November, permitting them to import limited quantities of Iranian oil.

At their meeting last November, the prince told Modi that Riyadh would be finalizing its initial investment in the NIIF. He also referred to future investment prospects in technology, agriculture and energy.

Ahead of the visit, the Modi cabinet approved a memorandum of understanding between India and Saudi Arabia on establishing a mechanism for investment infrastructure in India.

"The MoU will be a step forward in engaging with the institutions of Saudi Arabia to attract a potential investment into the infrastructure sector in the country," an official statement said on Wednesday.

Other possible areas of discussion between the leaders are defense and security, including counterterrorism, and investing in renewable energy.

The crown prince's visit is part of an Asian tour that includes Pakistan, China, Malaysia and Indonesia.