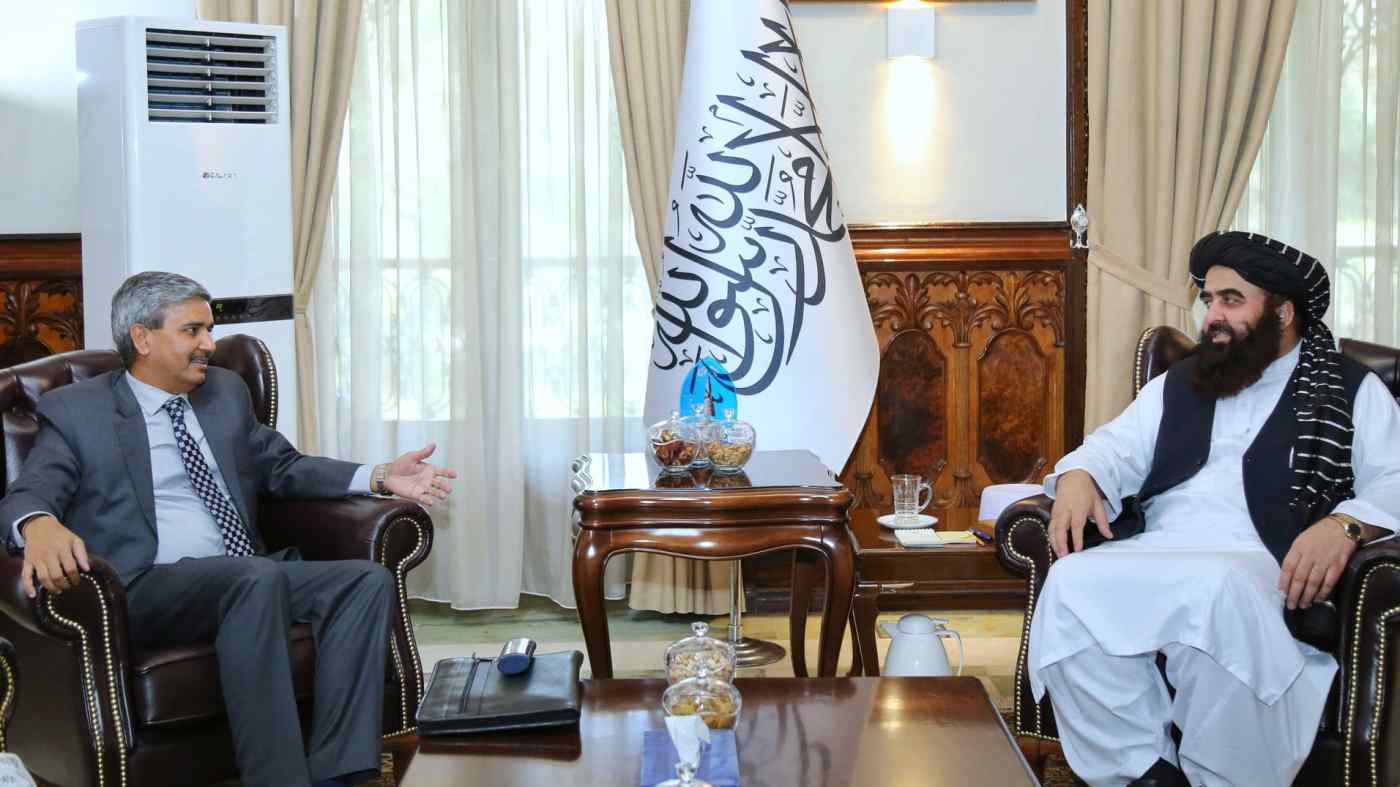 NEW DELHI -- India is stepping up engagement with Afghanistan's Taliban rulers, insisting that it has only humanitarian motivations, while analysts frame the ties in the context of geopolitical rivalries with China and Pakistan.

A team of officials from India's foreign ministry, led by joint secretary J. P. Singh, traveled to Kabul earlier this month, marking the first official visit from New Delhi since the Taliban seized control of Afghanistan in August last year. There to "oversee" the delivery of Indian assistance, the team met with the Taliban's Acting Foreign Minister Amir Khan Muttaqi and his deputy, Sher Mohammad Abbas Stanikzai.