If Tibetan exile flow is stemmed, Beijing might compromise on territorial claim

DHARAMSALA -- Rumors are flying around in this northern Indian city, home to the Tibetan government-in-exile, that the 14th Dalai Lama is suffering from terminal cancer.

With Tibetan exiles deeply worried about the 83-year-old religious leader, the Indian government of Prime Minister Narendra Modi has been using the situation to take a more conciliatory approach to China. Modi also seems to be lowering the standing of the Tibetan government-in-exile.

Word that the Dalai Lama may be in serious condition has quietly spread. "I have heard that His Holiness is not well," said Migmar Chodon, a 49-year-old housewife in Dharamsala. "Though I don't know well about it, I am worried."

A 27-year-old restaurant employee in the city said, "I have read somewhere that His Holiness is unwell."

In 1959, Tibetan people rose in revolt in Lhasa, Tibet, which had been occupied by China's military, the People's Liberation Army, and the 14th Dalai Lama fled to India. At least 130,000 Tibetans later left their homeland. At present, 85,000 Tibetans live in India, about 8,000 of them in Dharamsala, which hosts the Tibetan government-in-exile and a temple where the 14th Dalai Lama lives.

Rumors about the Dalai Lama suffering from poor health come frequently. The latest one arose in June, when an Indian media company reported that the Dalai Lama was in the "last stage of prostate cancer." The Dalai Lama's doctor and the government-in-exile immediately denied the news, and people have tried to remain calm. "I want to believe the words of the doctor," the restaurant worker said.

The Indian government thinks the terminal cancer report is credible. A government source said "the prostate cancer has spread to his lymph nodes" and that "his life would not be so long" now.

In the past two years, the Dalai Lama has received treatment at a hospital in the U.S. People close to the Dalai Lama worry that word of this was leaked by U.S. authorities. Now the Dalai Lama "will be going to Switzerland for radiotherapy in the month of August," the source said.

India is using rumors that the Dalai Lama is in poor health to build a more conciliatory relationship with China. In April, during an informal summit with Chinese President Xi Jinping in Wuhan, China, Modi tried to portray the India-China relationship as improved.

During the meeting, "Modi apprised President Xi of the Dalai Lama's health and the Indian position on Tibet after his death," a government source said. "This information from Modi took Xi by surprise, and the two discussed the issue for a long time at the Wuhan summit."

When the leaders met in 2015 and 2016, they informally discussed a proposal for India to stop accepting new Tibetan exiles after the death of the Dalai Lama in return for China withdrawing its territorial claim on some parts of northern India.

For humanitarian, strategic and other reasons, India has been accepting Tibetan exiles for nearly 60 years. Tibet has been something of a buffer zone between the world's two most populous countries since shortly after India's independence in 1947. However, China has strengthened its grip on the Tibet Autonomous Region, and in 2017 new exiles numbered 57, a sharp drop from over 2,000 a decade earlier. With Tibet's strategic value waning, India has moderated its stance.

At the behest of the Indian government, the Tibetan government-in-exile last year changed the English name for its sikyong from "prime minister" to "president." Geshe Lhakdor, director of the Library of Tibetan Works and Archives and for years an interpreter for the 14th Dalai Lama, said the new term denotes the leader of an organization, rather than the leader of a country. 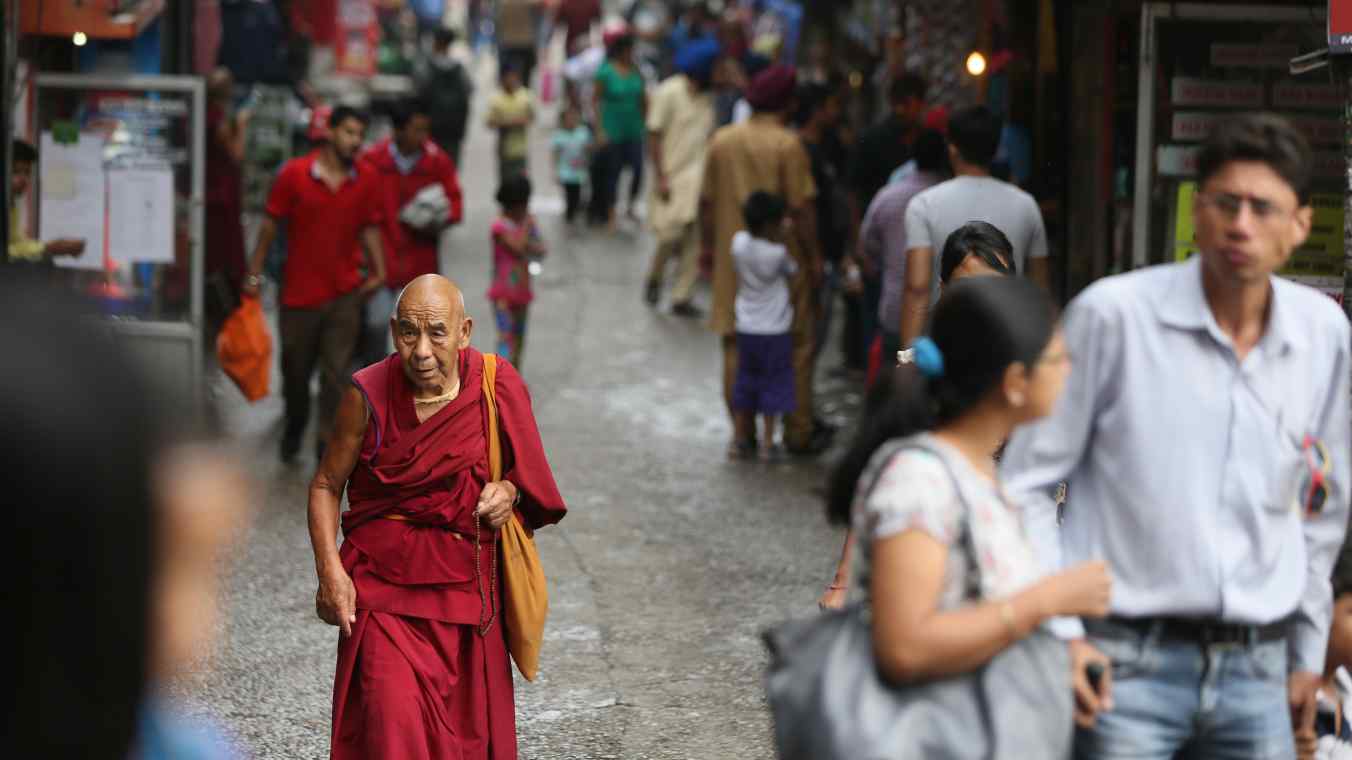 A successor to the 14th Dalai Lama will be installed when a person believed to be his reincarnation is found, or will be appointed under a new system, like nomination.

The 15th Dalai Lama will then lead the Tibetan Buddhist world. However, it will be difficult for the successor to take the place of the 14th Dalai Lama, who has international influence as a Nobel Peace Prize laureate and is the protector of Tibetan exiles.

The buildings that house the government-in-exile and the temple which is home to the 14th Dalai Lama sit atop a mountain. At the foot of this mountain is the Tibetan Reception Center that Tibetan exiles first visit for registration. It is quiet these days, and very much unoccupied.