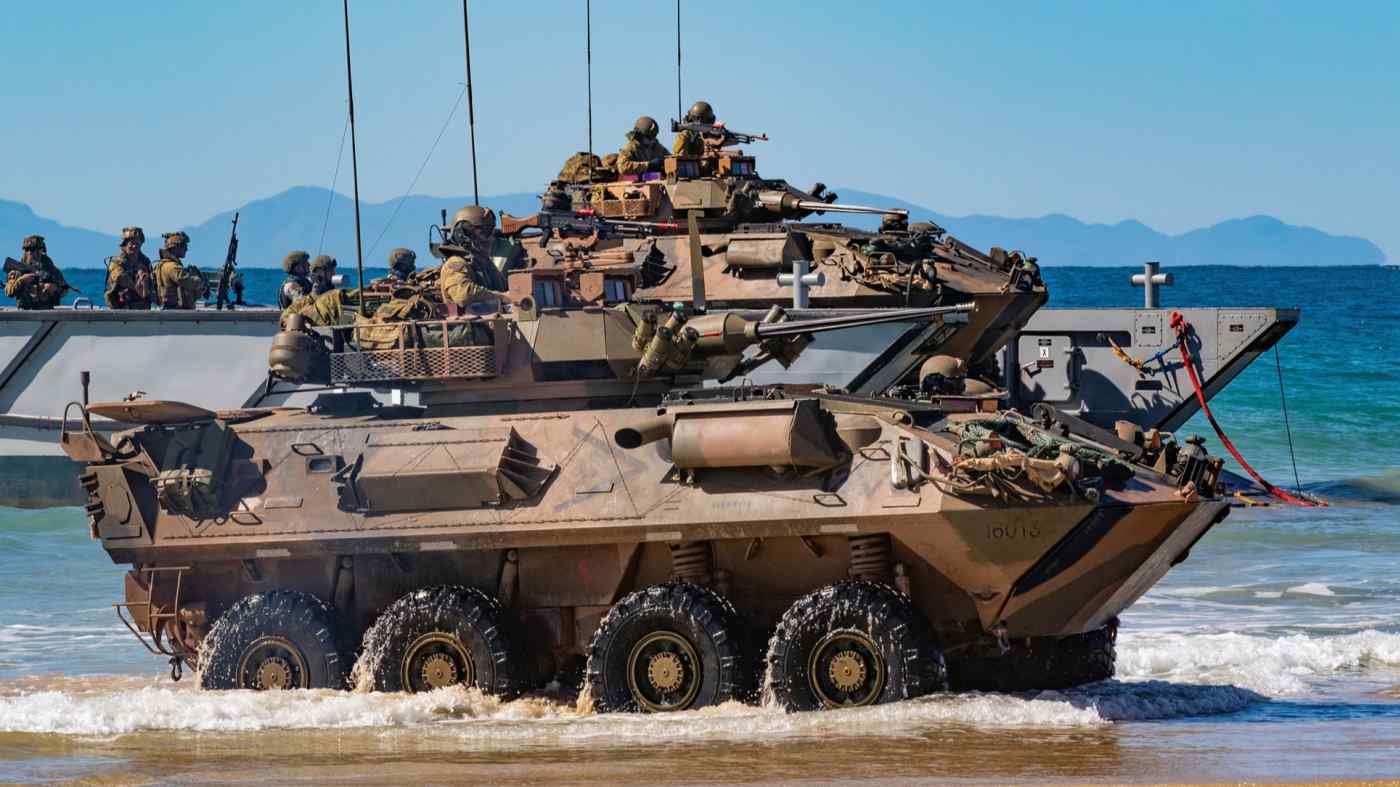 TOKYO -- Quad members the U.S., Australia and Japan, along with eight other countries, have begun joint exercises in Australia and its nearby waters through July as military tensions simmer in the Taiwan Strait and near the Senkaku Islands.

The U.S. and Australia kicked off their biennial Exercise Talisman Sabre on Wednesday. Defense forces from Japan, the U.K., Canada, South Korea and New Zealand will also take part in the drills, while India, Indonesia, Germany and France will participate as observers.