Trans-Atlantic allies differ on how to deal with China, as U.S. urges united front 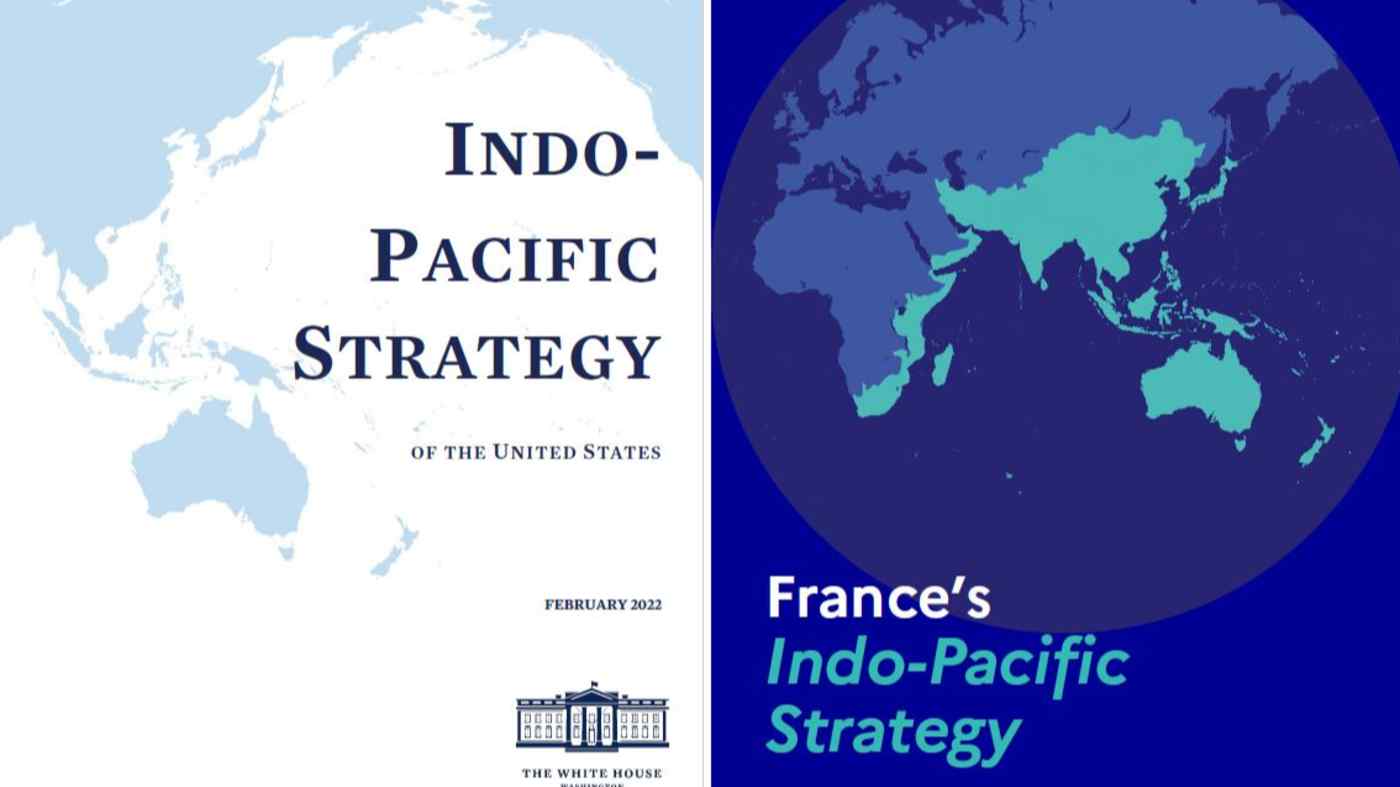 TOKYO -- The cover art of the "Indo-Pacific Strategy of the United States" -- a report released by the Biden administration on Feb. 11 -- shows a vast Pacific Ocean, with the U.S. West Coast anchoring one end of the region.

This contrasts with the cover of the French Indo-Pacific strategy document, which centers around the Indian Ocean and is bookended on one side by East Africa, where France has a foothold. The opposite end is not the U.S. West Coast but French Polynesia in the South Pacific.