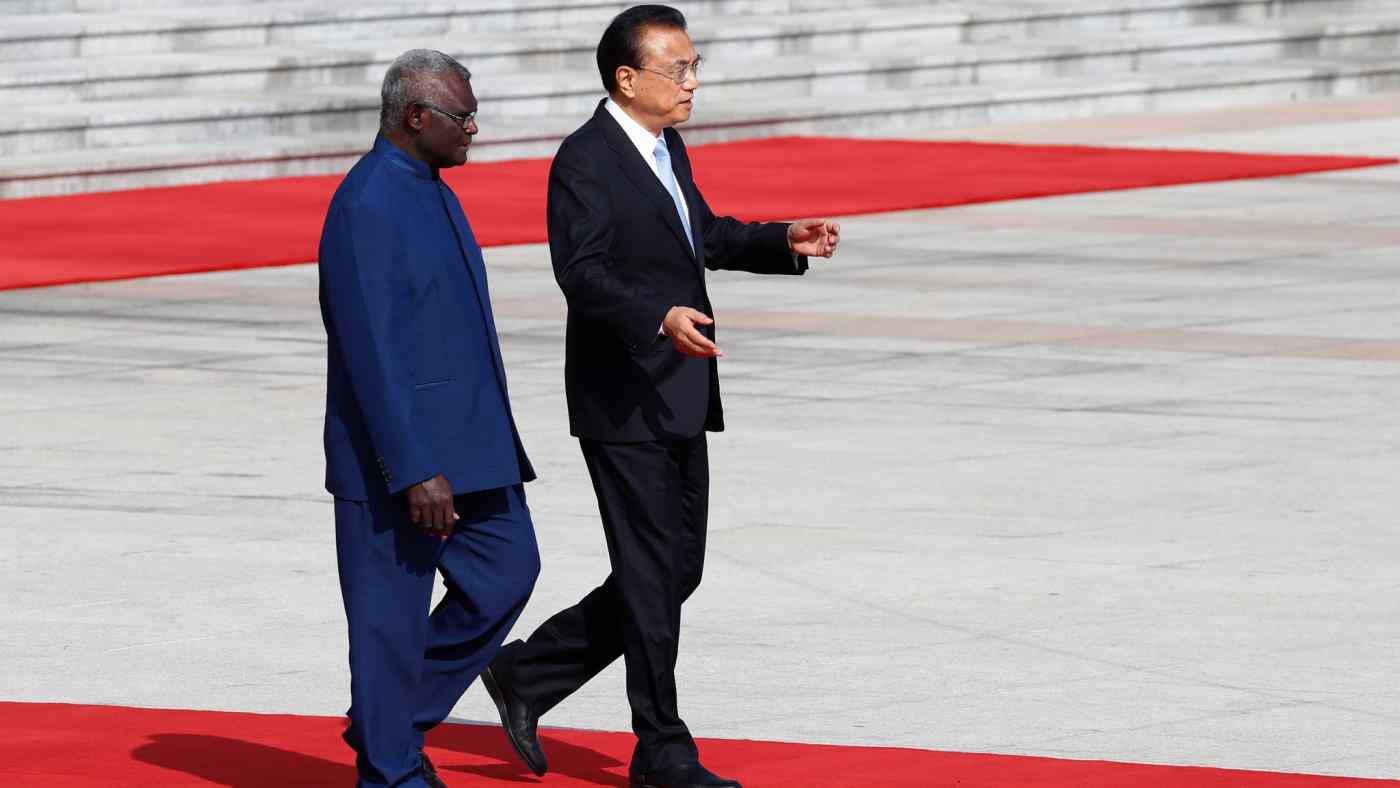 WASHINGTON/SYDNEY -- China's new security pact with the Solomon Islands has fueled concerns over its long-term plans in the South Pacific as Beijing competes with the U.S. for influence over strategically located island nations in the region.

"We are concerned by the lack of transparency and unspecified nature of this agreement, which follows a pattern of China offering shadowy, vague deals with little regional consultation in fishing, resource management, development assistance and now security practices," a spokesperson for the U.S. National Security Council said Tuesday, following China's announcement earlier in the day.