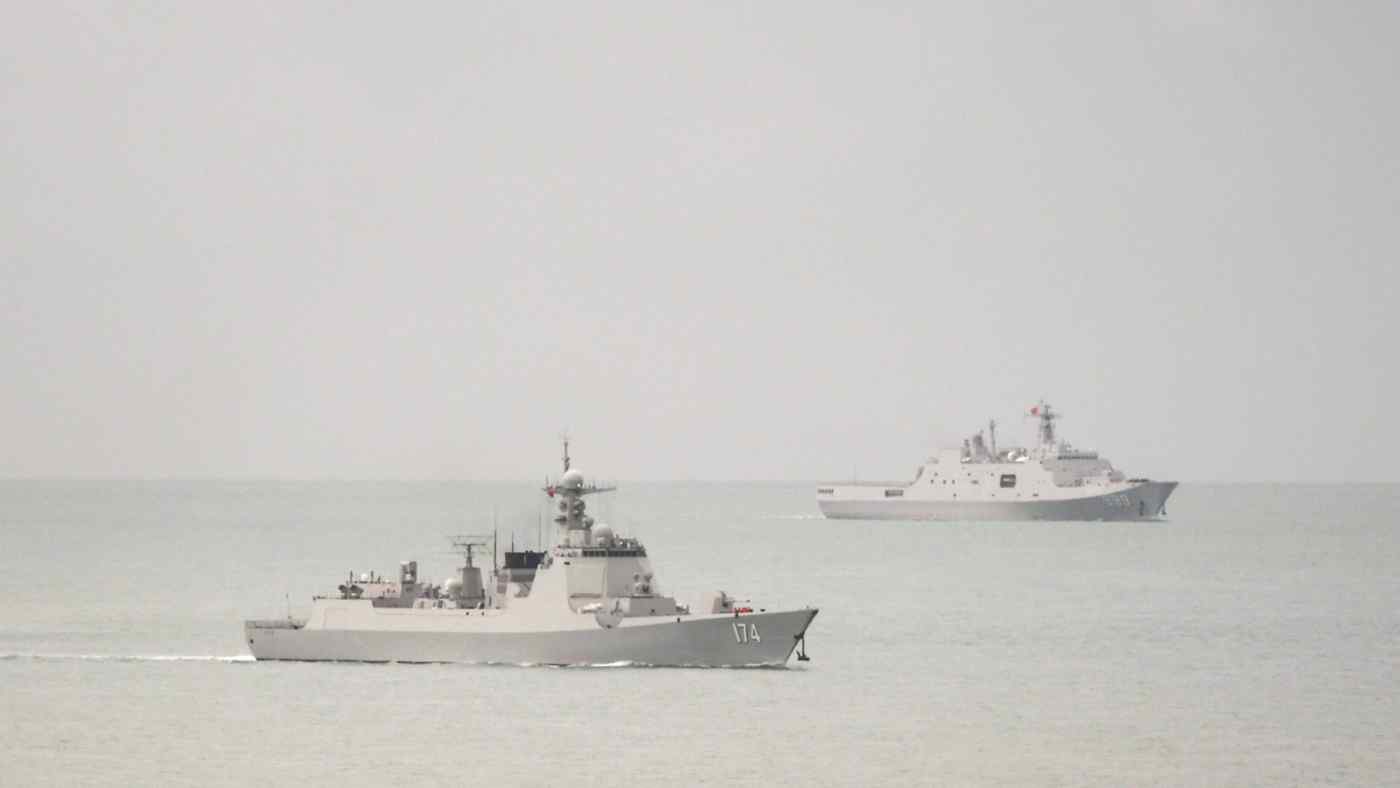 BEIJING (Reuters) -- China is carrying out more than a week of military drills in the South China Sea in an area between its southern province of Hainan and Vietnam, the government announced, warning shipping to stay away.

China claims a large part of the disputed waterway, on which major shipping lanes lie, and has built artificial islands and airfields on some of its reefs and islets, to widespread concern in the region and in the United States.

In a statement late on Friday, the Hainan Maritime Safety Administration said the drills would start from the same day and last until March 15.

It provided coordinates for an area roughly halfway between Hainan's Sanya and the Vietnamese city of Hue. Sanya is home to a major Chinese naval base.

"Entering prohibited," it said in a Chinese and English language statement on its website.

Part of the area is well within Vietnam's 200 nautical mile exclusive economic zone and Vietnam has previously criticized China for what it calls infringements on its sovereignty.

China's Defence Ministry did not immediately respond to a request for comment, and neither did Vietnam's Foreign Ministry.

In 2014, tension between Vietnam and China rose to its highest levels in decades when a Chinese oil rig started drilling in Vietnamese waters. The incident triggered boat rammings by both sides and anti-China riots in Vietnam.

Vietnam, Malaysia, the Philippines, Taiwan and Brunei all also have competing claims.