Japan monitors group with destroyer and aircraft, days after joint US exercise 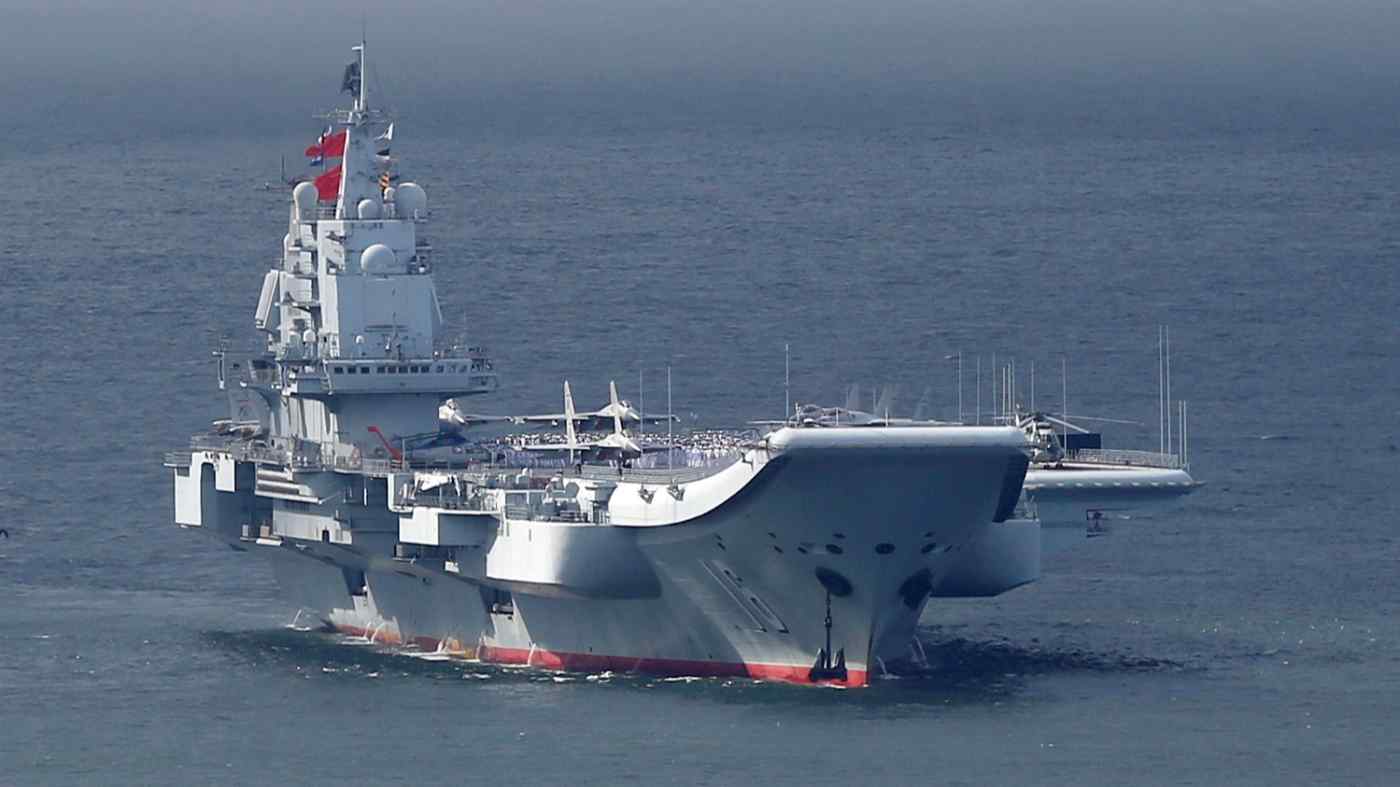 NEW YORK -- The Chinese aircraft carrier Liaoning and five escort vessels have passed through a key waterway off Japan on their way to the Pacific Ocean, the Joint Staff Office of the Japanese Defense Ministry said Sunday.

The carrier group was spotted around 8 a.m. Saturday roughly 470 km southwest of Nagasaki Prefecture's Danjo Islands, the joint staff said. The convoy then passed through the Miyako Strait, the 250 km-wide waterway between Okinawa Island and Miyako Island.

This is the first time since April 2020 that the Liaoning has been known to pass this waterway, and it comes just days after exercises between the U.S. and Australian navies in the Eastern Pacific.

The Japanese side deployed destroyer JS Suzutsuki, a P-1 maritime patrol aircraft and a P-3C anti-submarine warfare patrol aircraft to gather information and monitor the movements of the Chinese vessels, the joint staff said.

A photo provided by the Joint Staff shows the Liaoning carrying a helicopter and what appear to be J-15 fighter jets.

The joint staff also said that a Chinese Y-9 military transport aircraft passed over the Miyako Strait on Sunday and that Japan had scrambled a jet fighter in the airspace to respond.

The movements come as the U.S. Navy intensifies cooperation with the Quad partners of Japan, India and Australia in the Indo-Pacific.

On the heels of a visit to India by U.S. Defense Secretary Lloyd Austin, the Theodore Roosevelt Carrier Strike Group conducted joint multi-domain operations with India's navy and air force in the Indian Ocean on March 28 and 29. 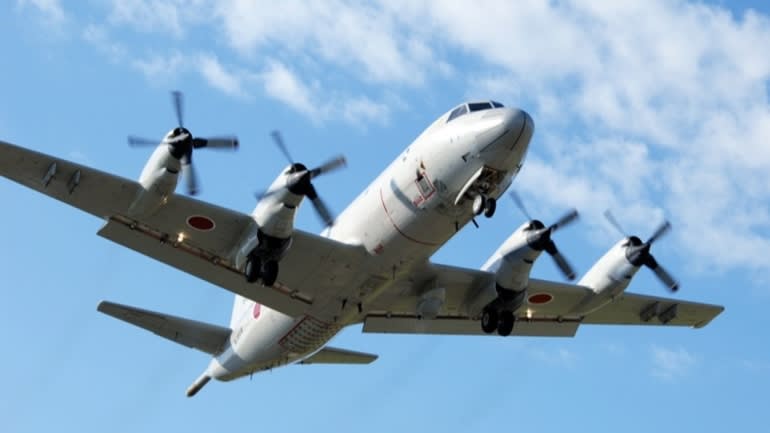 Japan deployed a P-3C anti-submarine warfare patrol aircraft to monitor the movements of the Chinese aircraft carrier and its escort ships. (Photo courtesy of the Japan Maritime Self-Defense Force)

The U.S. Indo-Pacific Command has emphasized strengthening joint multi-domain operations -- the convergence of capabilities from land, sea, air, space and cyberspace -- and the inclusion of the Indian Air Force in the exercise advances that directive. A Royal Australian Navy sailor aboard the HMAS Sydney launches an MH-60R Seahawk attached to the USS John Finn during a joint drill off the coast of Southern California on March 31. (Photo courtesy of the HMAS Sydney)

"Unique to this exercise was the participation of aircraft embarked aboard Blue Ridge, assigned to Helicopter Sea Combat Squadron 12, which flew in formation with the ships and transferred [Blue Ridge commanding officer] Capt. [Tim] Waits from Blue Ridge to Kongo during maneuvers to engage with leadership and visit the ship's crew," the U.S. Navy said.

The exercises were immediately followed by a two-day joint drill involving the U.S. Navy and Royal Australian Navy in the Eastern Pacific.