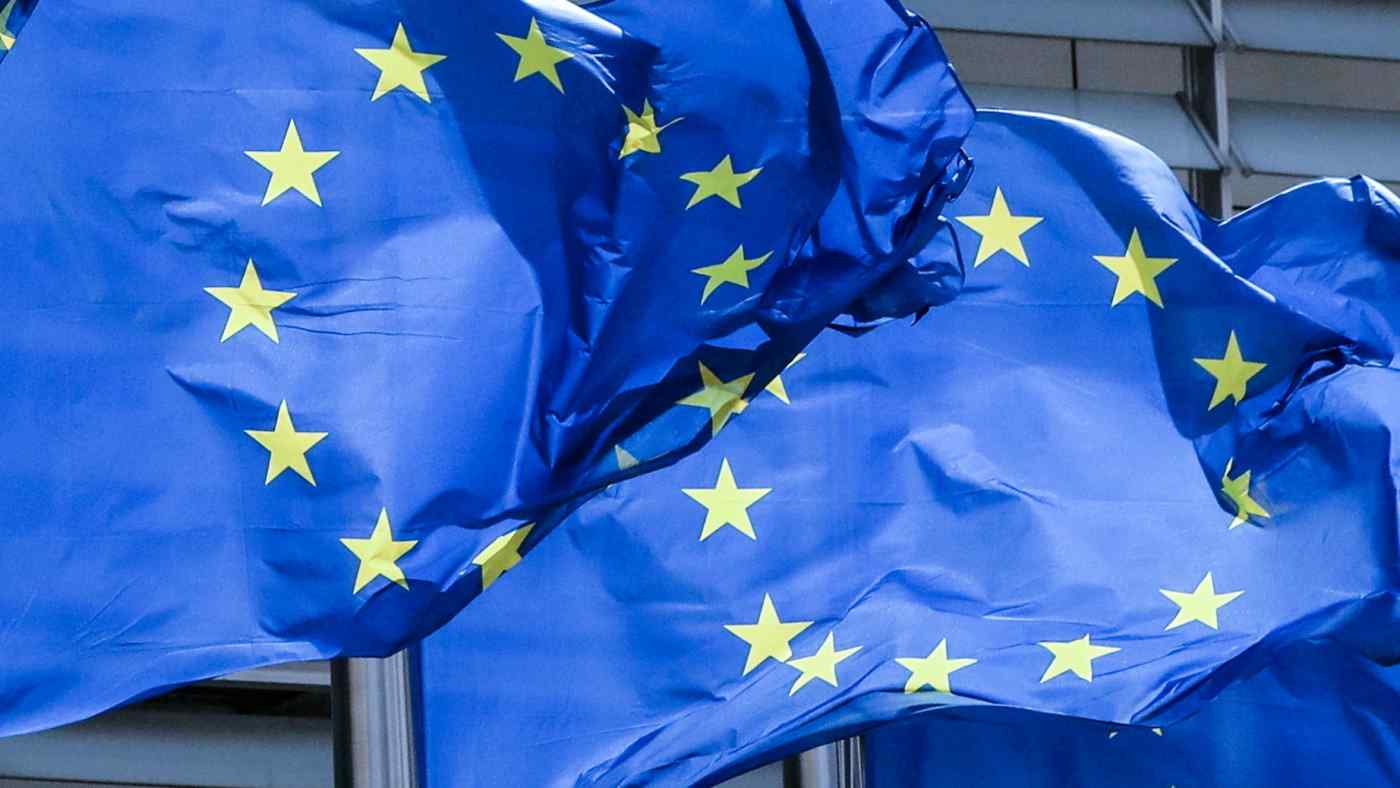 LONDON -- The European Union will seek new digital partnerships with Japan, South Korea and Singapore, and closer trade and investment relations with Taiwan in an effort to build influence in Asia after the chaotic western military exit from Afghanistan.

The bloc will seek to reinforce semiconductor value chains with Asian partners as the pandemic amplifies fears about industrial supply chain vulnerabilities, according to a draft Indo-Pacific strategy document seen by Nikkei Asia.

China is at the center of the EU's concerns, although the document calls for a "multifaceted engagement" with Beijing and is restrained in its direct criticism. The draft strategy warns instead that tensions around contested territories and maritime zones, such as in the South China Sea and the Taiwan Strait, "may have a direct impact on European security and prosperity."

"Democratic principles and human rights are also under threat from authoritarian regimes in the region, putting the region's stability at risk," says the document, which may be changed before its expected finalization this week. "Similarly, efforts to establish a global level playing-field based on transparent trade rules are increasingly undermined by unfair trade practices and economic coercion. These developments increase tensions in trade, supply and value chains."

The EU proposes to explore the possibility for talks on digital partnership agreements with Tokyo, Seoul and Singapore, according to the document. These would enhance cooperation on -- and interoperability of standards for -- emerging technologies such as artificial intelligence. The accords would enable deeper cooperation on data governance, trusted flows and data-based innovation, and would complement World Trade Organization negotiations on e-commerce.

The EU also pledges to pursue trade and investment relationships with partners with whom it doesn't have agreements, such as Taiwan. The draft strategy stops short of proposing a bilateral investment agreement like that recently backed by the European Parliament's foreign affairs committee and proposed by Taiwanese President Tsai Ing-wen in May.

Lithuania, an EU member state, is currently in a diplomatic spat with China over its welcome of a "Taiwanese representative office" to the capital Vilnius. Beijing argues Taiwan is a breakaway province.

The EU also wants to hold talks with partners such as Japan, South Korea and Taiwan to address its strategic dependence on imported supplies of semiconductors, according to the draft Indo-Pacific strategy. The European bloc has set a target for it to produce a fifth of advanced semiconductors worldwide by 2030.

The document also expresses interest in working with the Quad security grouping -- comprising the U.S., India, Japan and Australia -- on subjects of common interest such as climate change, technology or vaccines.

The military dimensions of the strategy are much less sweeping. That reflects both the bloc's limited joint military capacities and its continued reliance on U.S. power for big operations -- a dependence exposed again in Afghanistan.

The EU plans more joint exercises and port calls with Indo-Pacific partners, to protect freedom of navigation and combat piracy. The European bloc will also assess whether to designate areas of the Indo-Pacific "maritime areas of interest," which would allow the deployment of existing member state vessels and aircraft in the region.

The EU declined to make any statement on the draft document, saying it didn't comment on alleged leaks.