Germany to send naval frigate to Japan with eye on China

Berlin takes a first step in its new Indo-Pacific strategy LONDON -- The German government is considering sending a naval frigate to Japan as part of its new focus on the Indo-Pacific, Nikkei has learned.

The ship would sail from Germany as early as summer, with likely port calls including South Korea and Australia.

It is a rare move for Berlin, which has no Indo-Pacific territories of its own, unlike the U.K. and France. Sailing through the disputed South China Sea is also in the planning.

Last fall, the German cabinet approved new Indo-Pacific guidelines that stress the importance of the rule of law and promoting open markets in the region. The frigate deployment will be a first step in realizing the new strategy.

Thomas Silberhorn, parliamentary state secretary for the Defense Ministry, told Nikkei: "We hope to set sail this summer. We have not decided on the details yet, but we are looking at Japan" as a possible port of call. "We want to deepen our ties with our partners in the democratic camp," he said.

While Silberhorn stressed that the plan is "not aimed at anyone," Berlin clearly seems to have Chinese expansionism in mind.

The new Indo-Pacific focus in line with similar policy shifts in the U.K., France and the Netherlands, which have been stepping up their involvement in this geopolitically crucial part of the world. 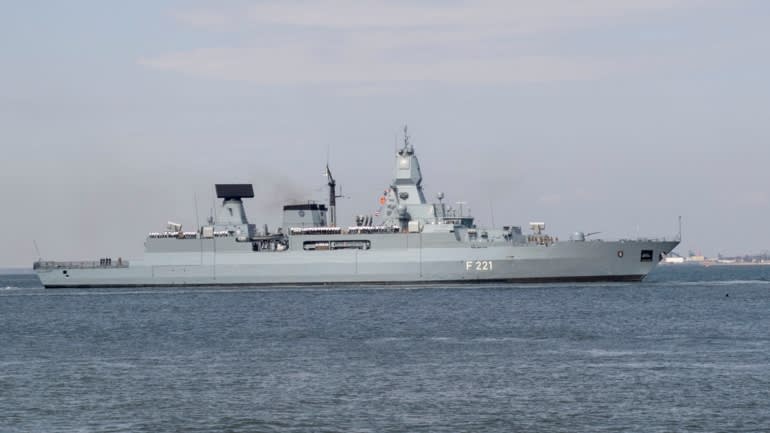 Germany's increased attention to the rule of law and open markets in the Indo-Pacific signals that its long-held stance on China -- decoupling politics and economics as it deepens economic engagement while avoiding political issues -- is coming to an end.

With the human-rights-focused Greens expected to join the next German government, "cherry-picking" policies on China was no longer sustainable.

According to sources in the German government and the ruling party, a frigate with a home port in northern Germany will stay in the Indo-Pacific region for a while, with stops in Japan, Australia, South Korea and elsewhere. The frigate is expected to receive supplies and participate in joint exercises in French territories in the region.

Back in 2002, a German naval vessel made a port call in Japan during a training voyage. But tensions are much higher in East Asian waters today, and Europe has grown increasingly concerned about North Korea and China.

"They cannot be allowed to impose their own order through their power," Silberhorn said.

Another ruling party source said: "We will show solidarity with our democratic partners. Australia and Japan have asked us to send troops, and we will comply with their requests." 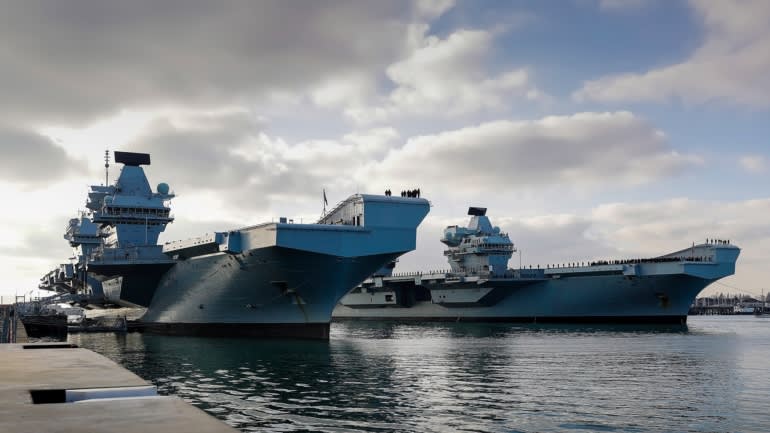 The HMS Queen Elizabeth returns to Portsmouth in September 2020 after a three-month deployment to the U.S. (Photo courtesy of the Royal Navy)

The U.K., meanwhile, is preparing to deploy the HMS Queen Elizabeth to Asia. A British navy spokesperson told Nikkei that the aircraft carrier is expected to depart sometime between April and June. This will be a symbolic move in Europe's policy toward Asia as the region rapidly becomes wary of China.

France has 8,000 troops in such locations as Reunion. Paris is increasingly aware of Chinese expansionism in the Indo-Pacific.

Silberhorn said Europe needs to take more responsibility for its own security and not be overly dependent on the U.S. military.

Germany is portraying the naval voyage as aimed at strengthening cooperation with Asian democracies rather than as a military operation requiring parliamentary deliberations.

But with economic and security issues increasingly linked, keeping them separate might no longer be possible.

European countries "have a lot of diplomatic experience with Russia, but we lack this with Asia," a European Union diplomat told Nikkei. "We need more experience, and adjust as we go."