With eye on China, Suga and Modi underscore importance of maritime security 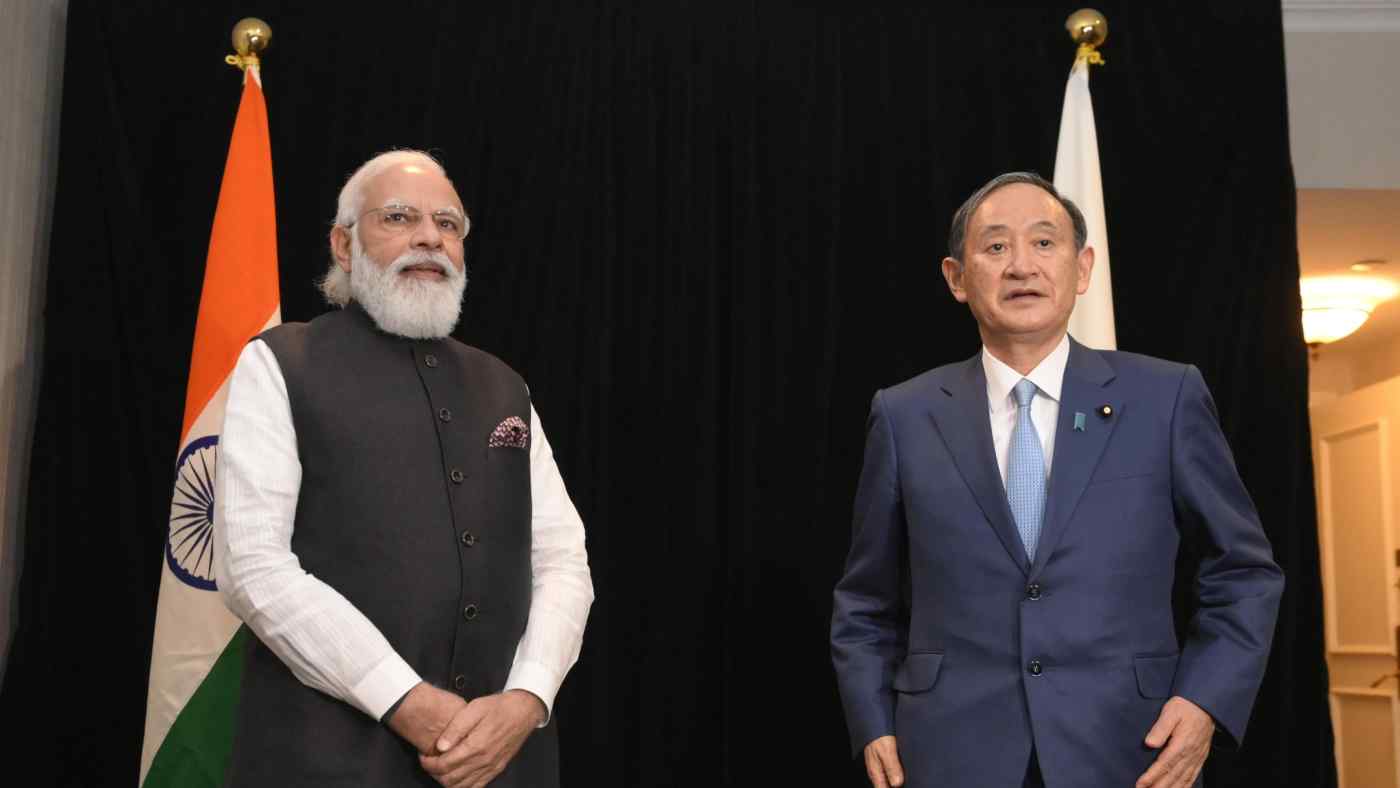 Their first in-person summit in Washington took place ahead of a meeting of the Quad group, which will also be joined by U.S. and Australian leaders to discuss issues that are expected to help push back against China's growing clout in the Indo-Pacific region.

During the 45-minute talks, Suga hailed Modi as "an important partner" toward realizing a "free and open" Indo-Pacific and affirmed the importance of maritime security. They also agreed to closely work bilaterally as well as with the Quad members to build a rules-based international order, according to the Japanese Foreign Ministry.

In that context, the two leaders "shared their strong opposition against economic coercion and unilateral attempts to change the status quo by force in the East and South China seas," the ministry said in a press release.

The announcement appeared to suggest that the two leaders are getting more aligned in facing the challenges posed by Beijing.

In their phone talks in April, the ministry only mentioned that Suga "expressed serious concerns about China's continued and strengthened unilateral attempts to change the status quo" in the East and South China seas, without elaborating on Modi's response.

Beijing in recent years has become more assertive regarding its claim to the Senkaku Islands, a group of Japanese-administered islets in the East China Sea that are called Diaoyu by Beijing. It has also continued to militarize artificial islands in the South China Sea despite a 2016 international ruling against its claims in the waters.

Japan and India also agreed to continue work to tackle the coronavirus pandemic and to seek to hold security talks involving their foreign and defense ministers soon, according to the Japanese ministry.

He called for India to cooperate in finding a solution to the issue of Pyongyang's past abductions of Japanese nationals.

The two also reaffirmed the progress of a high-speed rail project in India using Japan's shinkansen technology, the ministry said.

Suga is traveling to the United States, although he will be stepping down imminently after just one year in office amid mounting criticism over his pandemic response.

He has decided not to seek re-election as the leader of Japan's ruling Liberal Democratic Party when it holds its presidential election next week, meaning the party will choose his successor as prime minister.

Modi congratulated Suga on his "success" in hosting the Tokyo Olympics and Paralympics amid the pandemic, and Suga thanked him, the Japanese ministry said.