'Quad' members to agree on new framework next week 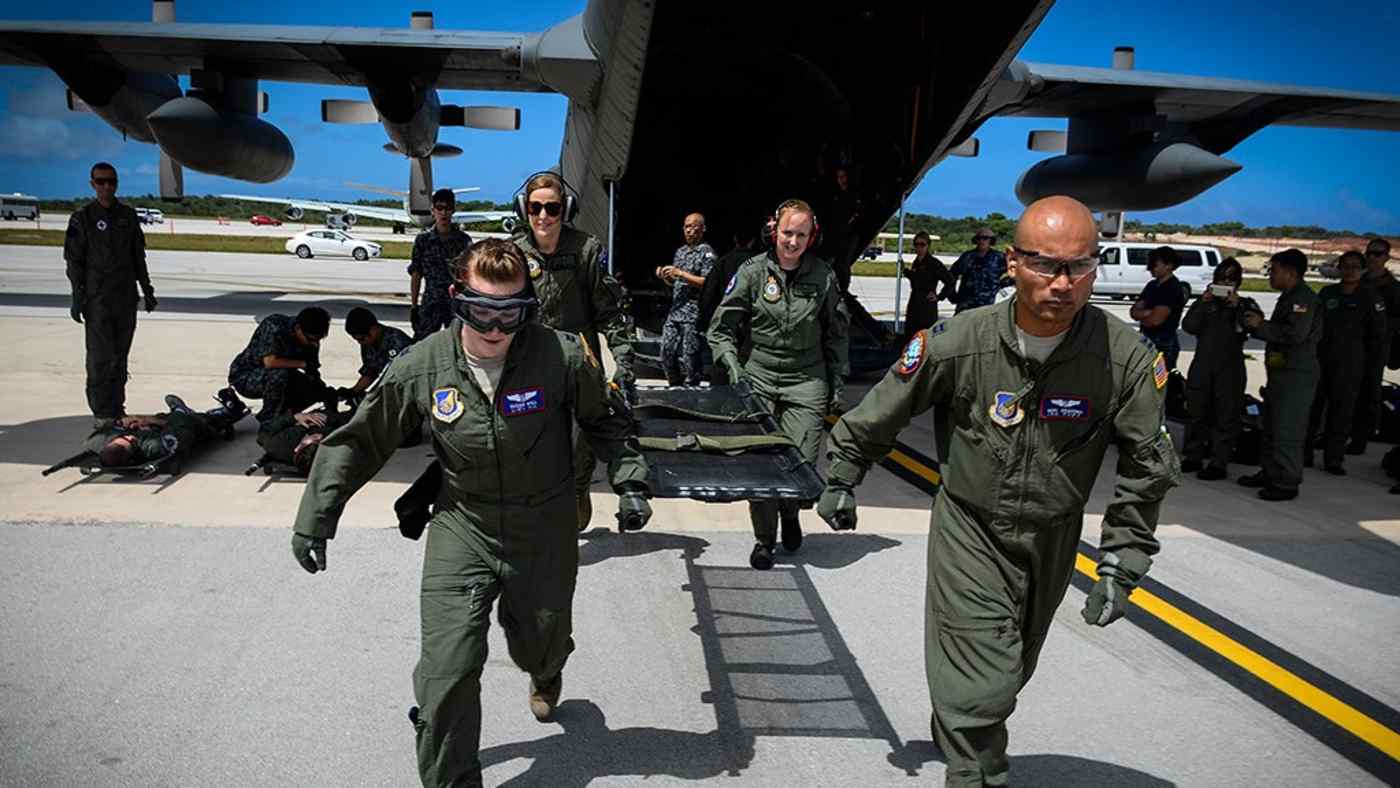 TOKYO -- Japan and Australia are set to sign a broad agreement facilitating joint military exercises in a bid to strengthen the broader "Quad" partnership and project a show of unity against Chinese maritime expansionism.

A pact to facilitate joint military exercises will ease restrictions on the Japan Self-Defense Forces as well as on Australian military personnel while they are staying in each other's country for such drills.

That Suga and Morrison decided to meet in person despite the pandemic signals their commitment to the Indo-Pacific region. Members of the Quadrilateral Security Dialogue, which also includes the U.S. and India, the two nations increasingly see each other as key partners in regional security, given the uncertainty over how aggressive the incoming administration of U.S. President-elect Joe Biden will be toward China.

Under the deal, military personnel will not be required to undergo screening when entering the receiving country. The paperwork to transport weapons, military vehicles and other hardware for the joint exercises will be streamlined, and land-based drills will become easier to carry out. The two sides could also plan island defense drills going forward. The pact will resemble a legally binding treaty like the U.S.-Japan Status of Forces Agreement. But unlike the latter, which allows for U.S. troops to be permanently stationed on Japanese soil, the facilitation pact would apply only to short stays by Australian forces.

This would be the first such pact for Japan. Australia has already inked similar agreements with countries such as the U.S. and Singapore.

Ahead of the Suga-Morrison summit, Japanese Defense Minister Nobuo Kishi met with Australian Minister for Defense Linda Reynolds in October.

The two sides have discussed a drill facilitation treaty for six years, but Australian qualms about Japan's death penalty have prevented a deal.

The agreement lays out what would happen to a visiting soldier who committed a crime. A member of Australia's armed forces who committed an offense outside of official duties would be tried under Japanese law.

Japan still has the death penalty, while Australia abolished it in 1985.

"The Australians have come to understand that bringing up the death penalty issue will result in a stalemate," said a senior official in Japan's Ministry of Foreign Affairs who expressed confidence in the progress of the talks.

Contributing to Australia's change of heart is the presence of China, which is hardening its claims on interests in the South China Sea and elsewhere. This has created momentum for broader Australia-Japan security collaboration.

Suga's predecessor, Shinzo Abe, focused on relations with Australia and India under the banner of a "free and open Indo-Pacific." With the U.S. in the mix, the four Quad nations aim to deepen economic and security cooperation as a means of countering Chinese military encroachment and infrastructure investment.

Casting the relationship with Australia as a "quasi-alliance" is part of this framework. Suga, who inherited Abe's vision, opened a meeting of Quad foreign ministers here this October. Members of the U.S. Marines, the Australian navy and army, and the Japan Ground Self-Defense Force, as well as troops from Sri Lanka, Malaysia, Brunei and New Zealand, gather for a group photo on the flight deck of the landing helicopter dock ship HMAS Adelaide during a Rim of the Pacific exercise in the Pacific Ocean. (Photo courtesy of the U.S. Navy)

Japan and Australia signed an information security agreement in 2012 under which they can share confidential intelligence. They implemented in 2014 an agreement on the transfer the defense equipment and technology, and in 2017 they inked a new acquisition and cross-servicing agreement for military logistics.

"The Self-Defense Forces should expand roles carried out under the Indo-Pacific vision," Keio University professor Ken Jimbo said. "For that purpose, there needs to be a joint-exercise facilitation agreement with such nations as India, the Philippines and Singapore."

There is the concern about a power vacuum in the international community during the transition period between last week's U.S. presidential election and the Jan. 20 inauguration.

This is why Morrison will travel to Japan in a pandemic to meet with Suga and quarantine himself for 14 days upon returning home.

"The opportunity to go there and conclude some very important arrangements in this space is in Australia's national interest," he told reporters Thursday.

The meeting with Morrison is Suga's first face-to-face meeting with a foreign leader in Japan since becoming prime minister in September. Morrison's visit to Japan is the first by a national leader since Estonian Prime Minister Juri Ratas arrived in February.

Suga and Morrison will talk about Indo-Pacific security with an eye on recent Chinese activities. They are also expected to exchange views with a focus on the future after the American transfer of power.

Biden has shown a stronger commitment to international alliances than current President Donald Trump. Biden is expected to dial down the U.S.'s current hard line toward China under Trump.

Biden has promised to bring the U.S. back into the Paris Agreement on climate. This echoes Chinese President Xi Jinping's declaration in September that China will achieve carbon neutrality before 2060.