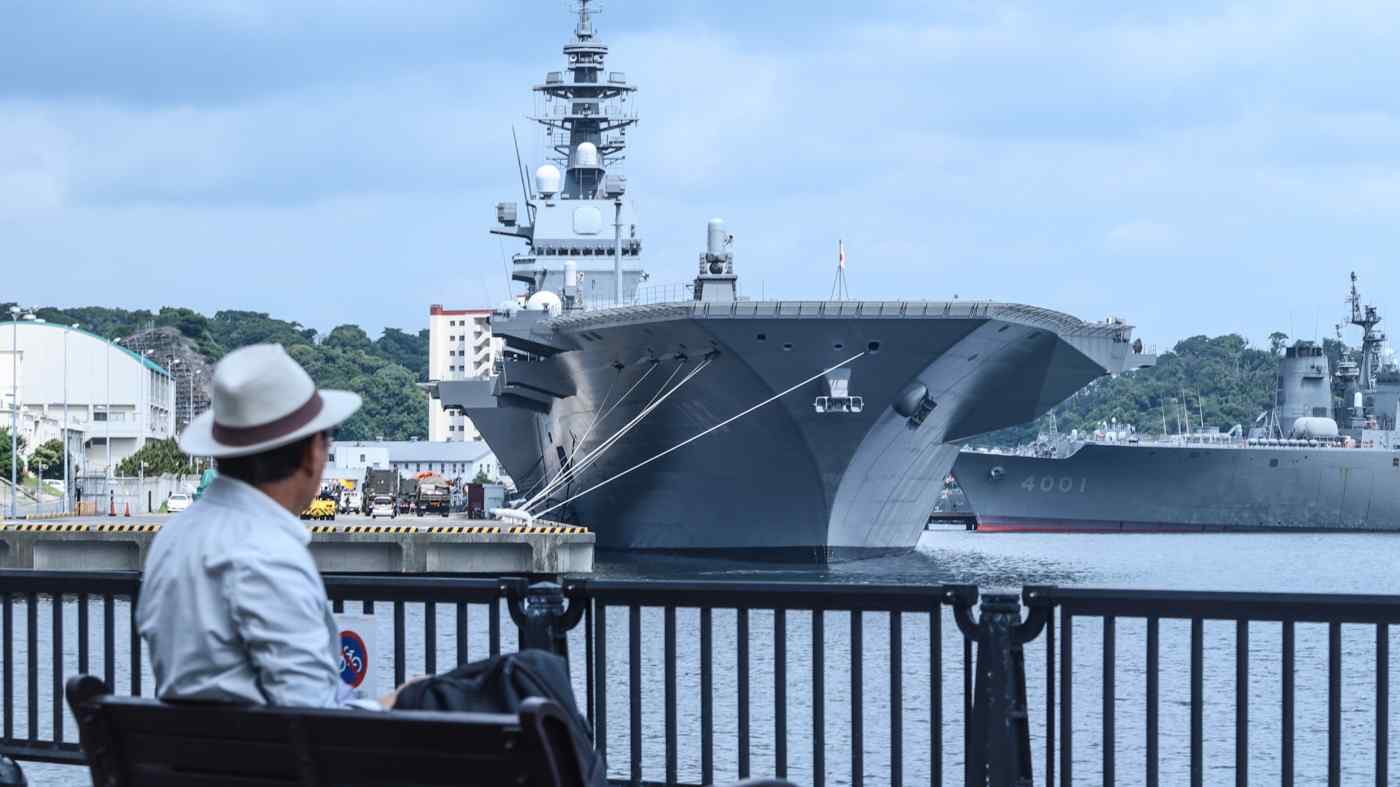 The JS Izumo at Yokosuka, Japan, on June 5. The ship is officially classified as a multi-purpose operation destroyer but is in the process of being transformed into a light aircraft carrier. (Photo by Yuki Kohara)
KEN MORIYASU, Nikkei Asia diplomatic correspondentJune 13, 2022 14:09 JST | Japan
CopyCopied

TOKYO -- Japan's helicopter carrier Izumo left its home port of Yokosuka on Monday, kicking off a deployment in the Indo-Pacific region that will last over four months.

The JS Izumo -- currently in the process of being transformed into a de facto aircraft carrier capable of launching F-35 fighters -- is being accompanied by destroyers JS Takanami and JS Kirisame, an unnamed submarine and several aircraft. The tour includes stops at Quad partners the U.S., India and Australia; various islands in the South Pacific -- the Solomon Islands, Tonga, Papua New Guinea, Palau, Vanuatu, Fiji and New Caledonia -- as well as Vietnam and the Philippines.