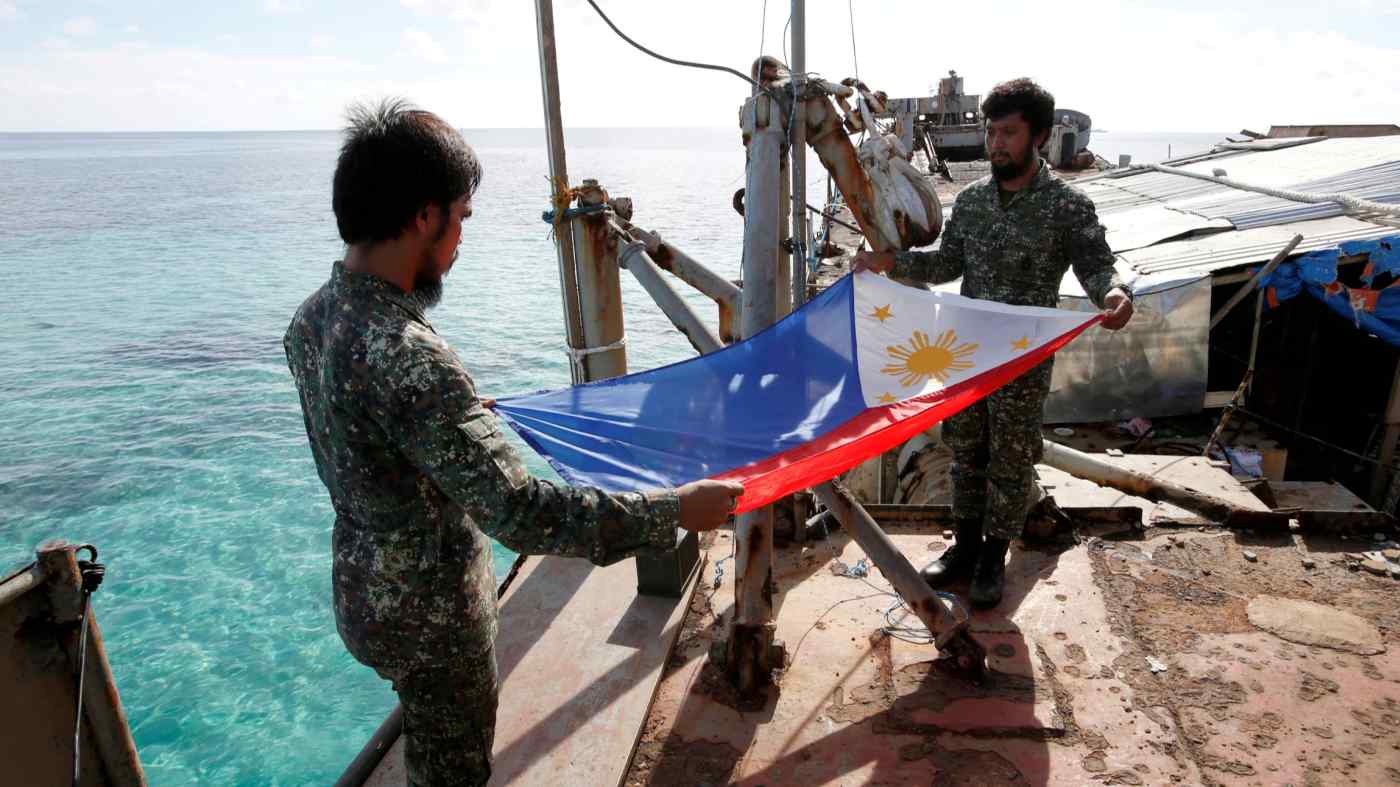 MANILA (Reuters) -- The Philippines' defense chief said on Sunday a military resupply mission for the country's troops stationed on an atoll in the South China Sea will resume this week, after it was aborted last week when it was blocked by members of the China Coast Guard.

Defense Secretary Delfin Lorenzana said he had instructed the military to send its resupply vessels back to the Philippines-occupied Second Thomas Shoal and that China "will not interfere" this time.

On Thursday, the Philippines condemned "in strongest terms" the actions of three Chinese coast guard vessels that it said had blocked and used a water cannon on resupply boats headed toward Second Thomas Shoal, which is locally known as Ayungin Shoal.

The U.S. called the Chinese actions "dangerous, provocative, and unjustified," and warned that an armed attack on Philippine vessels would invoke U.S. mutual defense commitments.

"The Chinese will not interfere per my conversation with the Chinese ambassador (Huang Xilian)," said Lorenzana.

Lorenzana said he and Huang had been talking "since the evening of the 16th while the incident was happening until yesterday, Nov. 20."

The Chinese embassy in Manila did not immediately respond to Reuters' request for comment.

There will be no navy or coast guard escorts for the Philippines' resupply boats when they sail back to Second Thomas Shoal, Lorenzana said.

"They (China) have no right to impede, prevent or harass our ships within our EEZ [exclusive economic zone], whether we are fishing or bringing supplies to our detachment in the Sierra Madre in Ayungin Shoal," he said, referring to the Philippine navy ship.

Meanwhile, the chief of the Philippine military's Western Command, Vice Admiral Ramil Roberto Enriquez, said the number of Chinese coast guard vessels in Second Thomas Shoal had gone down to two as of Saturday night from three on Tuesday.

He said the Chinese maritime militia vessels had also left the shoal. China has denied operating a militia.

Recently there were 19 vessels near Second Thomas Shoal and 45 near Thitu Island, another Philippines-occupied area, according to National Security Adviser Hermogenes Esperon.