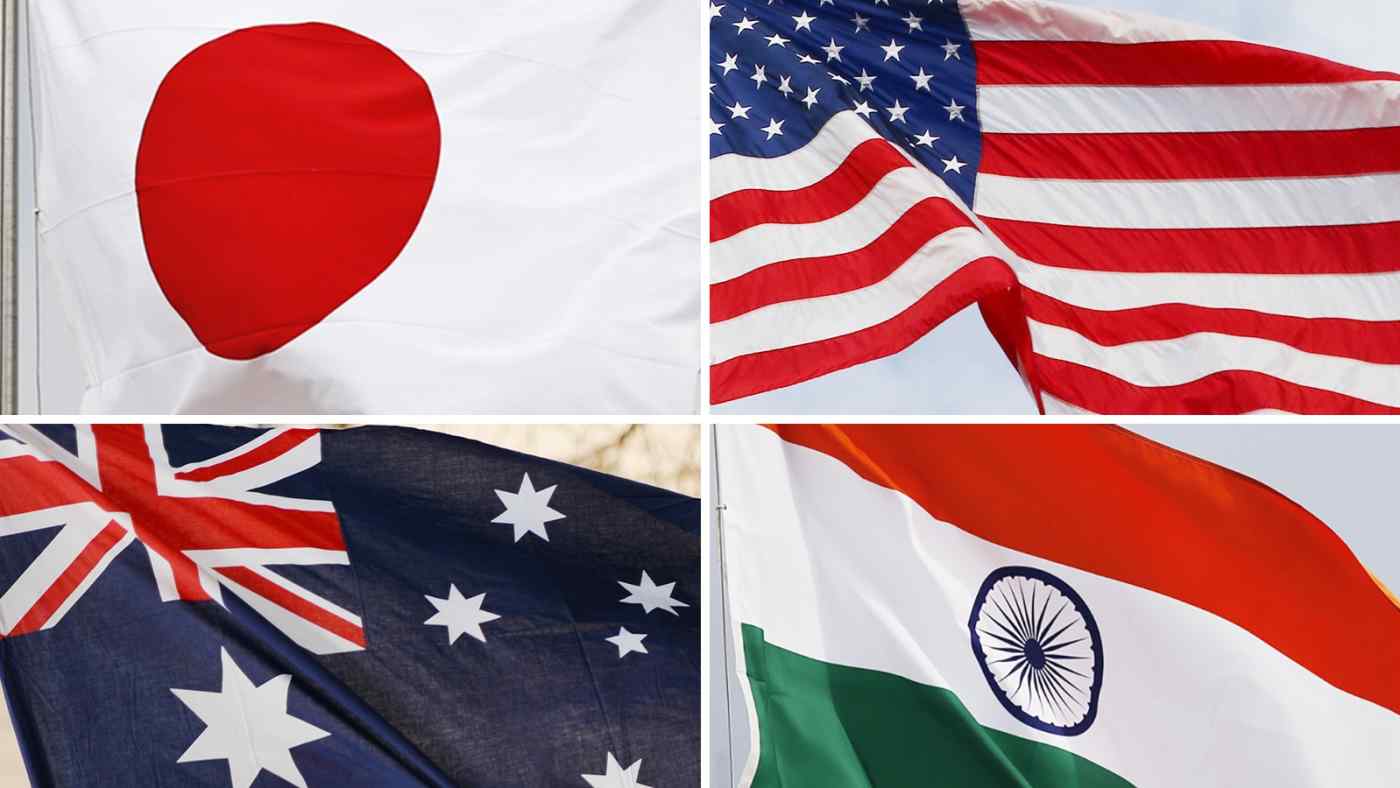 A draft of a joint statement obtained by Nikkei shows how Quad leaders intend to take a stand against China's use of science and technology to maintain authoritarian regimes around the world.
Nikkei staff writersSeptember 18, 2021 21:47 JSTUpdated on September 19, 2021 00:34 JST | Japan
CopyCopied

TOKYO -- Leaders from the U.S., Japan, India and Australia will agree to work toward creating a safe supply chain for semiconductors when they meet for the Quad summit in Washington next week, a signal that the four-way alliance meant to counter China in the Indo-Pacific is broadening its scope.

The four nations are expected to confirm that "resilient, diverse and secure technology supply chains for hardware, software, and services" are vital to their shared national interests, according to the draft of a joint statement obtained by Nikkei.

The document sets common principles on technological development, holding that "the way in which technology is designed, developed, governed and used should be shaped by our shared democratic values and respect for universal human rights."

The decision to spell out such principles reflects a concern over the growing trend of using advanced technology to protect and buttress authoritarian regimes.

The draft of the joint statement does not specifically mention China, a nod to India's intention to keep its nonaligned status and avoid moving forward on cooperation with specific countries.

Still, in an apparent reference to China's alleged tech misappropriation, the draft stresses that "illicit transfer or theft of technology is a common challenge that undermines the very foundation of global technological development and should be addressed."

Specifically, the Quad looks to "launch a joint initiative to map capacity, identify vulnerabilities and bolster supply chain security for semiconductors and their vital components," the document says.

The U.S. and Japan account for just under 30% of the world's chipmaking capacity. Japan mostly produces memory chips and sensors while the U.S. is home to processing chip powerhouses, such as Intel and Qualcom.

Australia and India do not have leading homegrown chipmakers but have the capacity to contribute to the envisioned supply chain. India, which has a thriving IT industry but is heavily reliant on China for chips, has called for strengthening supply networks through the Quad alliance.

The document says the Quad hopes the principles on technological development will "lead not only the region but the world towards responsible, open, high-standards innovation," calling for the same principles to be adopted widely by the international community.

"Technology should not be misused or abused for malicious activities such as authoritarian surveillance and oppression," the document says, raising concerns about the use of surveillance systems backed by artificial intelligence to enhance Chinese Communist Party rule. Some emerging nations are adapting similar technologies.

"We are advancing the development of secure, open and transparent 5G and beyond-5G networks," the document says.

The Quad will also work toward using "open RAN," which allows telecom carriers to share communications infrastructure by connecting equipment with different specifications.

By letting countries with common democratic values to work together in building communications networks, the Quad hopes to counter Huawei, which holds 30% of the global market for base stations.

The Quad is an alliance of the four democratic nations in the Indo-Pacific region, positioned as a counterweight to China's economic and militaristic rise.