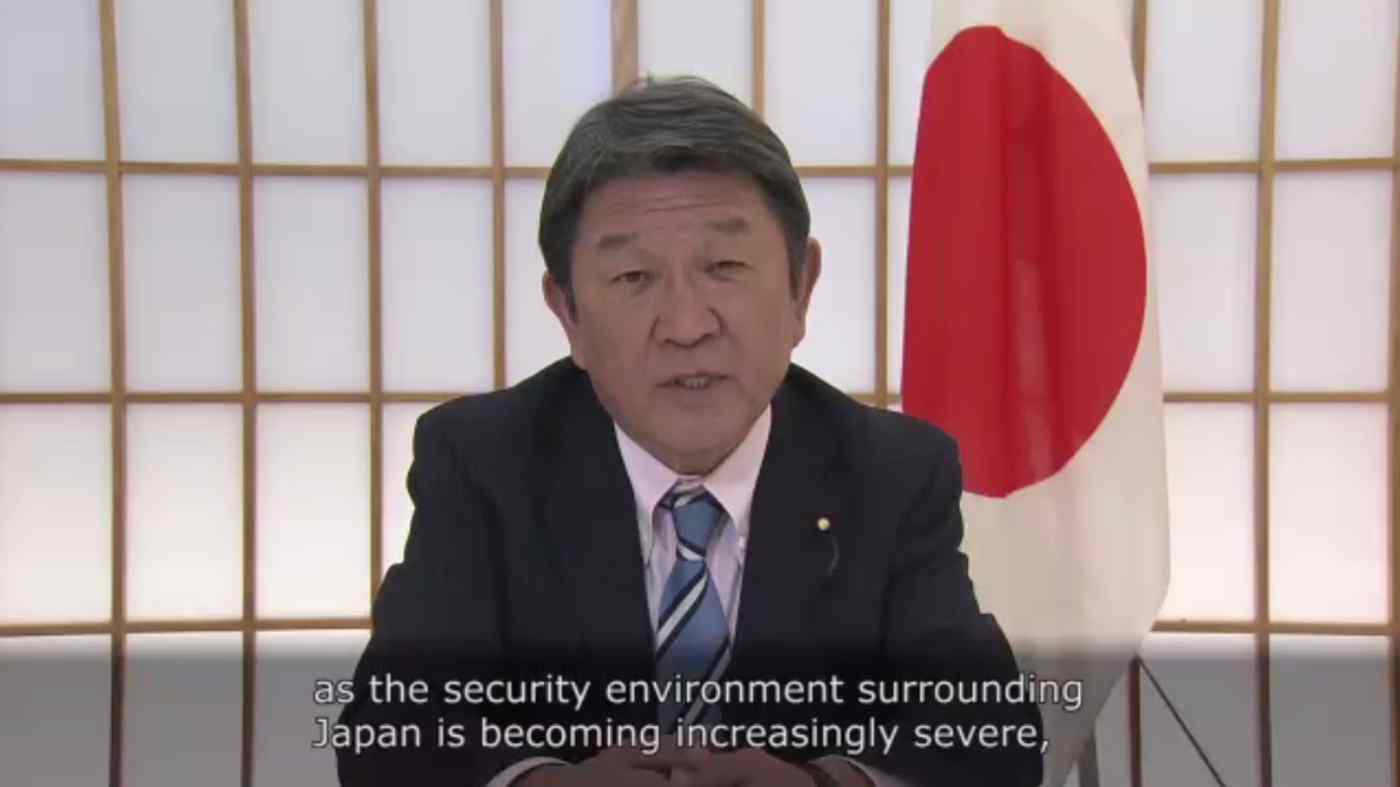 NEW YORK -- Japan wants to build an effective network of like-minded nations in the Indo-Pacific region to build a free and open international order based on the rule of law, Foreign Minister Toshimitsu Motegi said Wednesday.

Speaking virtually to the Washington-based think tank Center for Strategic and International Studies, Motegi said that the U.S.-Japan alliance will be the core of such a network.

Calling the U.S., Japan, India and Australia -- the four countries that compose the quadrilateral security dialogue, or Quad -- "powerful champions of a free and open Indo-Pacific," Motegi said the countries of ASEAN, Europe, the Middle East and Africa share such values.

"I have visited many countries in these regions since last summer, and I hope to enhance collaboration with countries that share this vision, " Motegi said.

The diplomat also said that "there are high hopes for Japan and the Biden administration to collaborate closely and undertake leadership in the international community in building the post-COVID international order." As examples, he raised countering the pandemic, tackling climate change, establishing free trade regimes and setting news rules in the digital field as areas for collaboration.

Sung Kim, the acting U.S. assistant secretary of state for East Asian and Pacific affairs who also addressed the forum, said that officials from the U.S., Japan and South Korea had recently held the first trilateral meeting under this U.S. administration to discuss North Korea.

"During this productive discussion we stressed the importance of continued close coordination and expressed our continued commitment to complete denuclearization and peace and stability on the Korean peninsula," he said.