New Delhi has abstained from voting at U.N. General Assembly 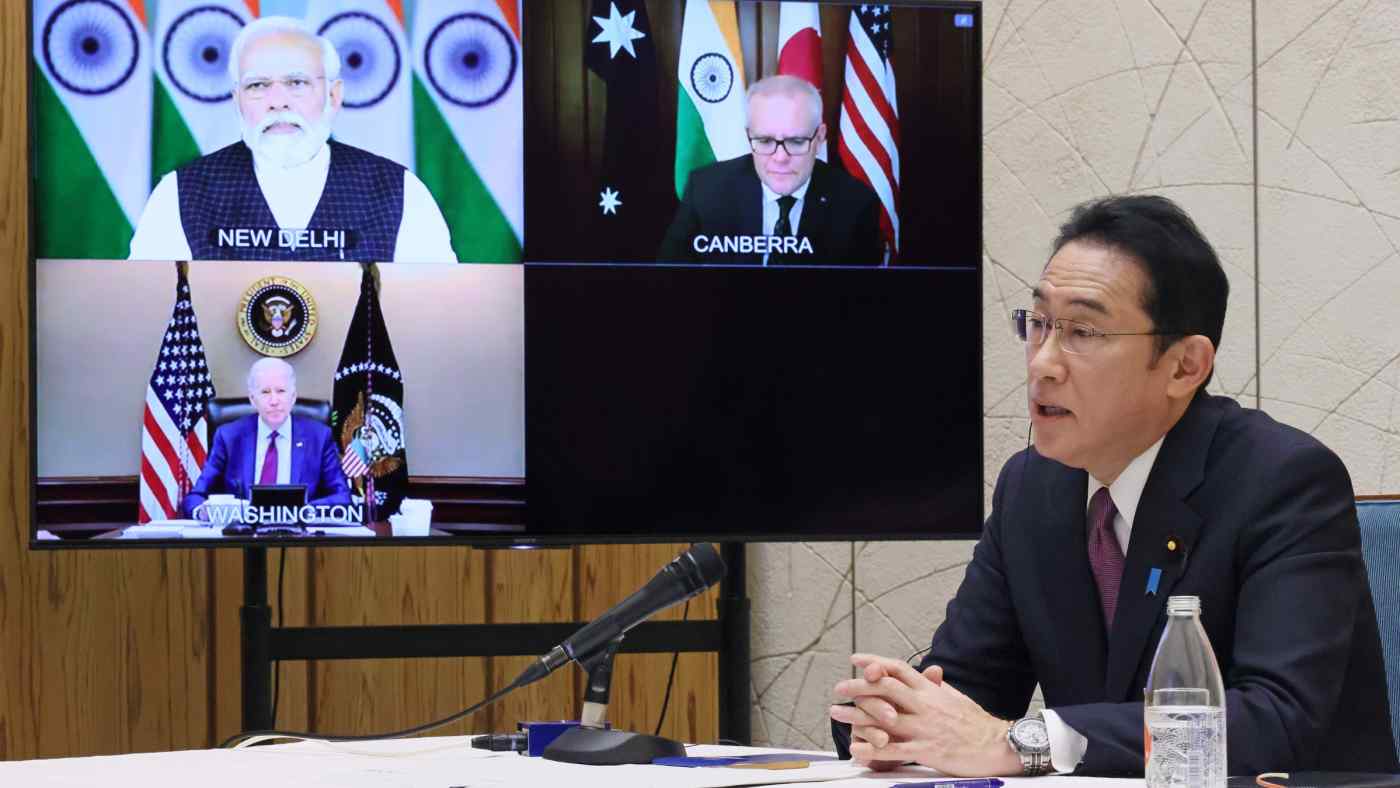 TOKYO -- The U.S., Japan and Australia called on India to join the rest of the group in denouncing Russia over its invasion of Ukraine in an online meeting of the Quad security bloc held Thursday.