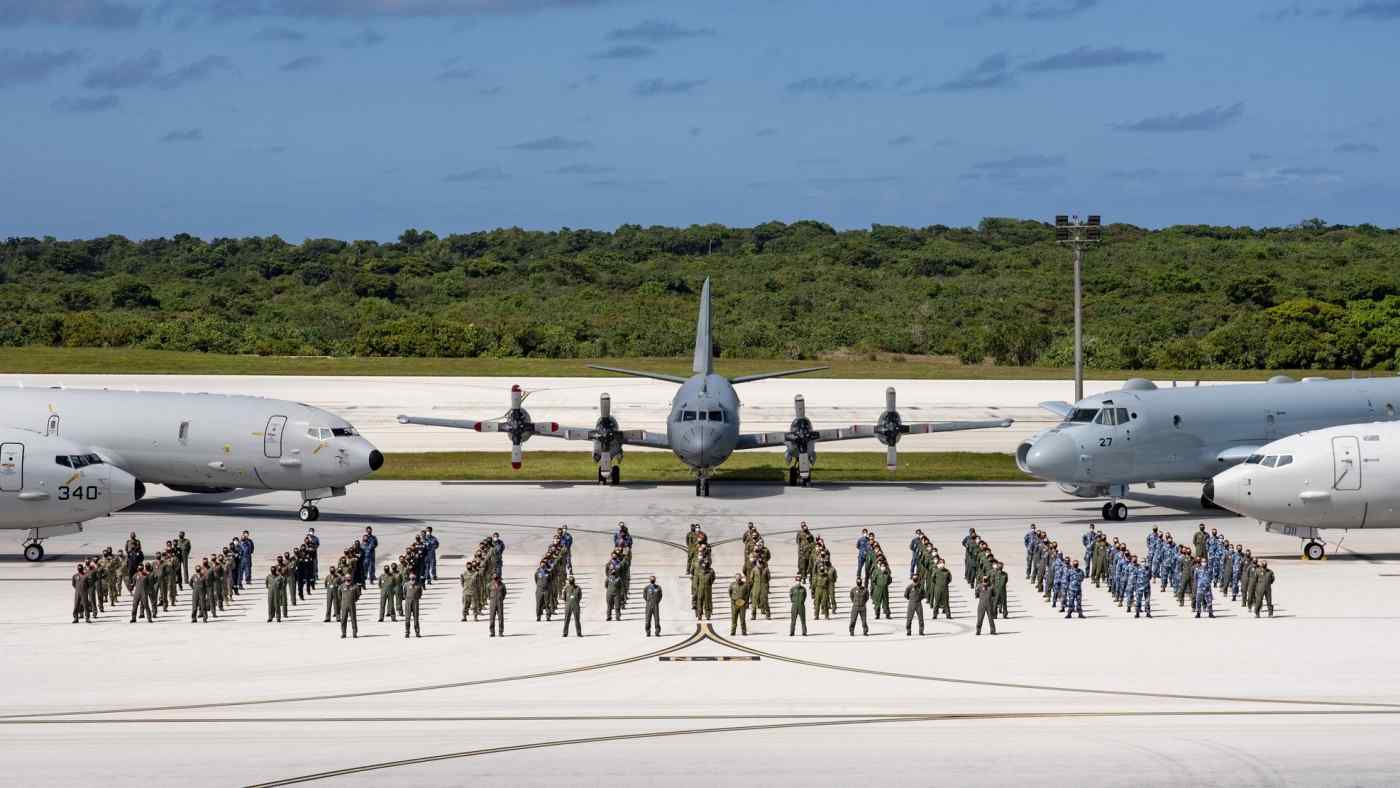 TOKYO/NEW YORK -- Four weeks after the inauguration of U.S. President Joe Biden, the top diplomats of the U.S., Japan, Australia and India met by phone Thursday for the Quadrilateral Security Dialogue, or Quad, signaling that the grouping of like-minded democracies will remain a crucial policymaking platform for the Indo-Pacific region.

That this meeting came so soon after Biden's inauguration is a sign of the administration's "strong commitment to realizing a free and open Indo-Pacific and to the Quad," Motegi told reporters.

The meeting was convened at Washington's request, the first such gathering under the Quad framework since October.

Interest in the broader Indo-Pacific is rising, the Indian foreign ministry mentioned in a press release after Thursday's call. "It was noted that the Indo-Pacific concept had gathered growing international support, including in Europe," the ministry said.

Germany, France and the Netherlands have each drawn up Indo-Pacific strategies. Motegi was invited to address the European Union's Foreign Affairs Council on the topic in January.

The U.S. State Department said after Thursday's meeting that the four sides agreed to meet at least once a year at the ministerial level and "on a regular basis" at senior and working levels "to strengthen cooperation on advancing a free and open Indo-Pacific region, including support for freedom of navigation and territorial integrity."

"The participants reaffirmed their mutual support for ASEAN centrality" in the Indo-Pacific, the readout said, signaling an intent to expand the Quad's cooperation with the Association of Southeast Asian Nations.

Blinken had agreed on "the key role of ASEAN centrality in the Indo-Pacific" in a call with Indonesian Foreign Minister Retno Marsudi on Tuesday, the State Department said that day. 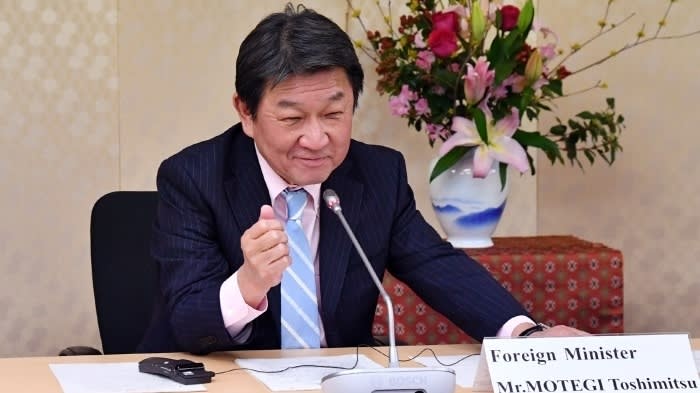 Japanese Foreign Minister Toshimitsu Motegi meets with his Quad counterparts via conference call on Feb. 18. (Photo courtesy of the Ministry of Foreign Affairs)

The State Department did not mention China by name in Thursday's readout. But Derek Grossman, a senior defense analyst at Rand Corp., said that "it's an open secret at this point" that Beijing is "the primary driver of the Quad's recent cooperation."

Quad members opposed efforts to unilaterally alter the status quo in the East and South China seas, alluding to stepped-up Chinese maritime activity in these areas, including island-building.

Japan, in particular, stressed the importance of abiding by international law amid alarm over forays by Chinese vessels around the Japanese-administered Senkaku Islands, which Beijing claims and calls the Diaoyu. Recent legislation grants broad powers to the China Coast Guard, elevating it to quasi-military status and authorizing it to fire on foreign ships under certain circumstances.

The four sides also agreed on the need to quickly restore democracy in Myanmar following the recent military coup, as well as to immediately end violence against civilians there and to release detained officials including State Counselor Aung San Suu Kyi.

Quad members affirmed that they will work together on tackling the coronavirus pandemic and climate change.

The Quad was revived in 2017 after a decadelong hiatus, with an eye toward dealing with China's rising influence in the region. The forum is intended to promote economic and security cooperation among countries with shared values including freedom, democracy and the rule of law.

The top diplomats agreed Thursday on the importance of top-level cooperation, though Motegi said after the meeting that no decisions had been made on actual talks among the countries' leaders. Washington has sounded out other Quad members about a four-way summit.