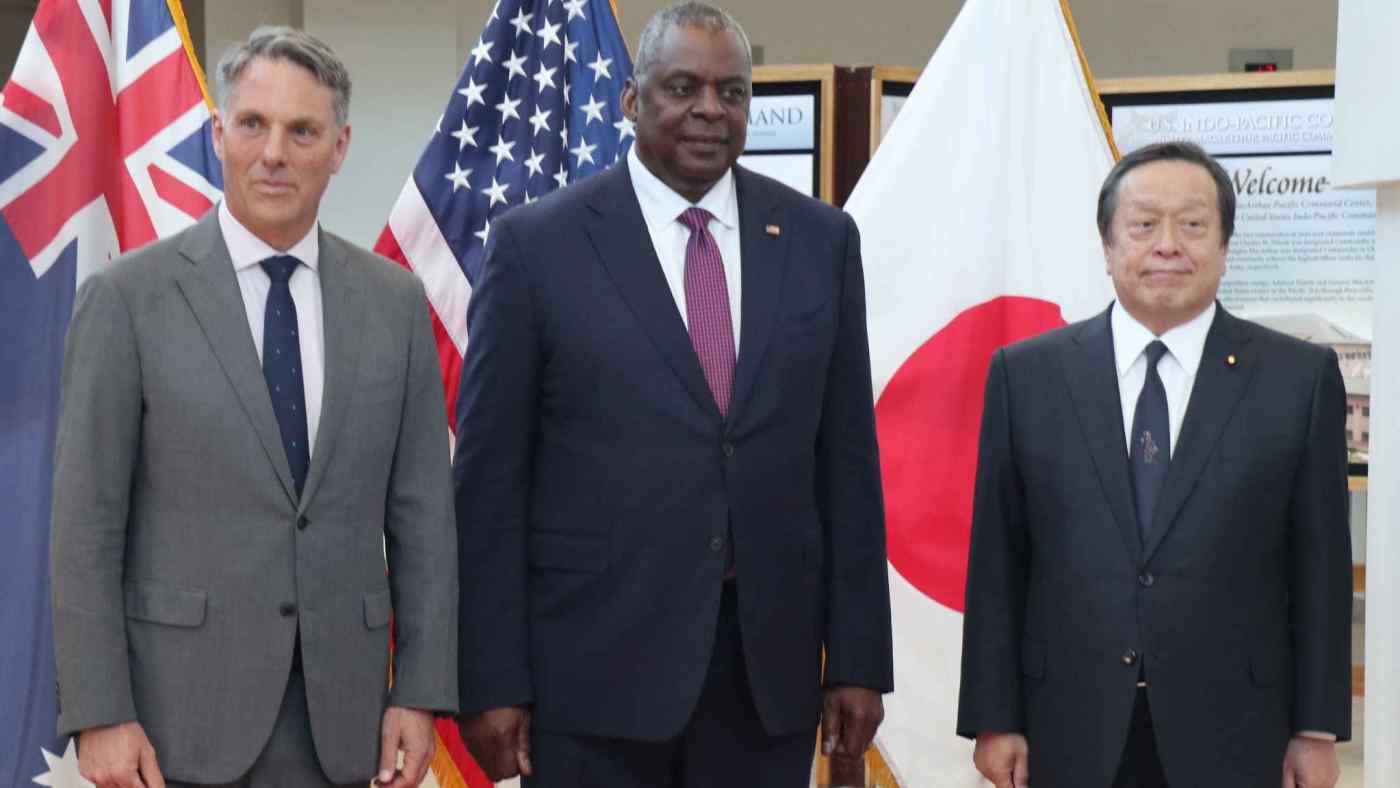 The trilateral defense talks in Hawaii on Oct. 1 were proposed by the American side, according to Japan's Ministry of Defense. (Photo by Ryo Nakamura)
RYO NAKAMURA, Nikkei staff writerOctober 2, 2022 07:23 JSTUpdated on October 2, 2022 09:09 JST | U.S.
CopyCopied

HONOLULU, U.S. -- U.S. Defense Secretary Lloyd Austin on Saturday called out China's aggressive behavior in the Indo-Pacific region ahead of talks with counterparts from Japan and Australia.

"We are deeply concerned by China's increasingly aggressive and bullying behavior in the Taiwan Strait and elsewhere in the region," Austin told reporters before his meeting with Japanese Defense Minister Yasukazu Hamada and Australia's Richard Marles.