U.S. drones may be headed to Japan: defense minister 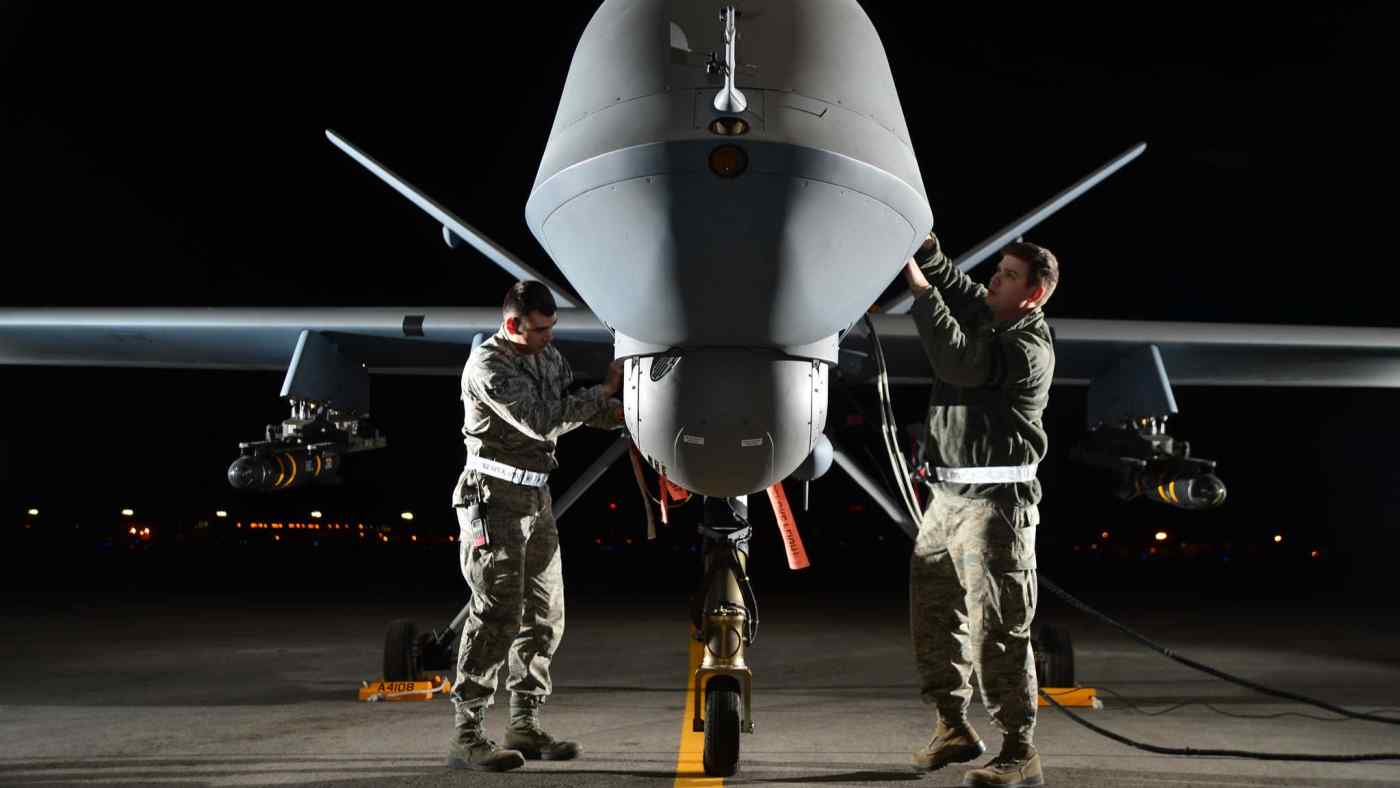 An MQ-9 drone is prepared for a flight during an exercise in the U.S. (Photo courtesy of U.S. Air Force)
JUNNOSUKE KOBARA, Nikkei security affairs editorJanuary 29, 2022 00:34 JST | Japan
CopyCopied

TOKYO -- Japan has started to explore the deployment of U.S. military drones to a southwestern base to increase the allies' eyes in the sky in the region, Defense Minister Nobuo Kishi said Friday.

American MQ-9 drones would be stationed at the Maritime Self-Defense Force's Kanoya Air Base in Kagoshima Prefecture on a temporary basis, Kishi told reporters.