US Navy contractor in Japan charged with wastewater fraud

Oily fluids from ships were allegedly dumped in the ocean 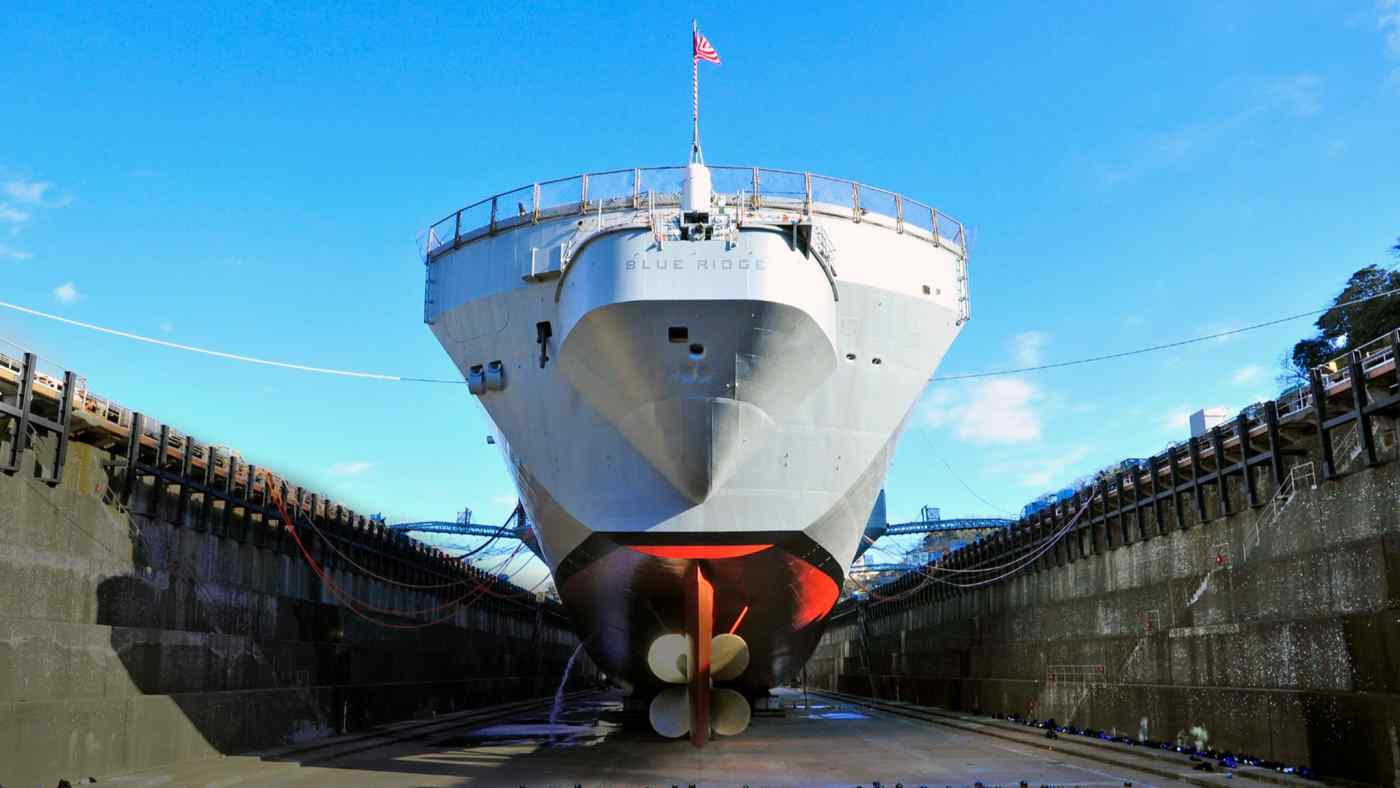 NEW YORK -- On Aug. 30, 1945, the vice admiral in charge of Japan's Yokosuka Naval Base surrendered his command to the Allies, enabling the U.S. Navy and Marines to occupy berths and dry docks of the sprawling Imperial Navy shipyard.

Especially enticing for the Americans was Dry Dock 6, the 360-meter-plus behemoth where the Japanese wartime aircraft carrier Shinano was constructed.

Since that August, the U.S. Navy has maintained a forward presence in Yokosuka. The base is now home to the USS Blue Ridge, the command ship of the 7th Fleet; the USS Ronald Reagan, the Navy's sole forward-deployed aircraft carrier; and 10 large support vessels. Around 24,000 military and civilian personnel live and work there.

The Reagan alone can hold more than 5,000 crew members at full operational mode. Treating and disposing of the oily wastewater emitted from the naval ships is no small task.

Now, bosses at a Japanese contractor have been indicted by a federal grand jury for allegedly dumping contaminated water into the ocean without adequate treatment, the U.S. Department of Justice said this week.

Yokohama-based Kanto Kosan received about $120 million in U.S. Navy contracts from around 2007 to 2020, including "tens of millions" to remove, treat and dispose of oily wastewater from ships and submarines at three American bases at Yokosuka, Sasebo and Okinawa, according to the Justice Department. 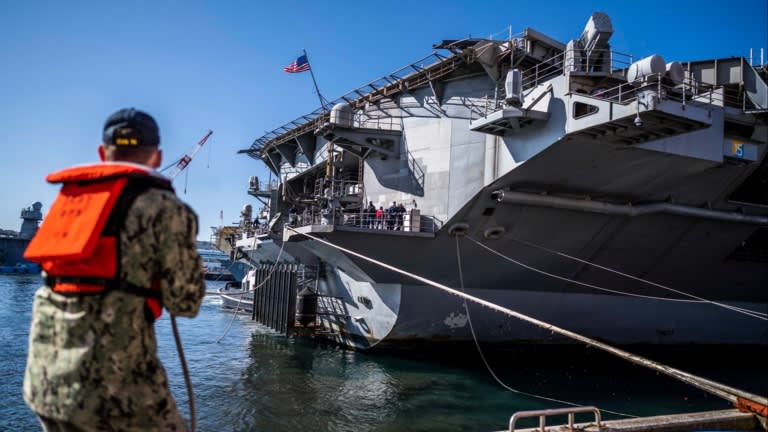 The U.S. Navy’s only forward-deployed aircraft carrier, the USS Ronald Reagan, returns to Yokosuka on Nov. 14, 2020, after a six-month deployment. (Photo courtesy of the U.S. Navy)

"The alleged conduct of the defendants in this case posed a threat to the critical strategic alliance between the United States and our valuable partner nation of Japan," said Stanley Newell, the special agent in charge of the case at the Defense Criminal Investigative Service, in a news release.

The contracts typically required Kanto Kosan to treat the oily wastewater in accordance with Japanese environmental regulations before discharging it into the ocean, the Justice Department said.

But the company would "minimally treat" it to remove visible contaminants and then discharge the "improperly treated or untreated" wastewater into the ocean "despite lacking any authorization or permit to do so," the indictment alleges.

Under the contracts, Kanto Kosan was typically supposed to semiannually sample and test effluent at a Japanese-certified laboratory and provide copies of the test results to the U.S. Navy, the Justice Department said.

A storage tank on each treatment barge was filled with tap water for U.S. Navy or independent testers to unknowingly take samples from, the indictment explains.

The charges come as Washington and Tokyo negotiate a long-term arrangement of the sharing the financial burden of hosting American troops in Japan. Previous U.S. President Donald Trump reportedly demanded a significant increase from the roughly $1.9 billion a year in support that Japan pays.

This week, the two sides agreed to maintain the current scale of host-nation support for one more year. Host-nation support pays mainly for the costs of local staffers and utilities. Treatment of wastewater from the ships is paid for by the American side.

Japanese lawmakers point to the strategic importance of American bases in Japan for the overall Indo-Pacific strategy of U.S. forces.

Having a base at Yokosuka makes it possible to reach Asian locations 17 days faster than by operating out of the continental U.S.

"It would take several times the number of rotationally based ships in the United States to equal the same presence and crisis-response capability as the forward-deployed ships in Japan," the U.S. Navy's own website says. "Yokosuka's reputation for exceptional service to the fleet is absolutely vital to mission accomplishment for naval units from Hawaii to the Persian Gulf."