US and Japan take on China provocations with 'unbreakable' alliance 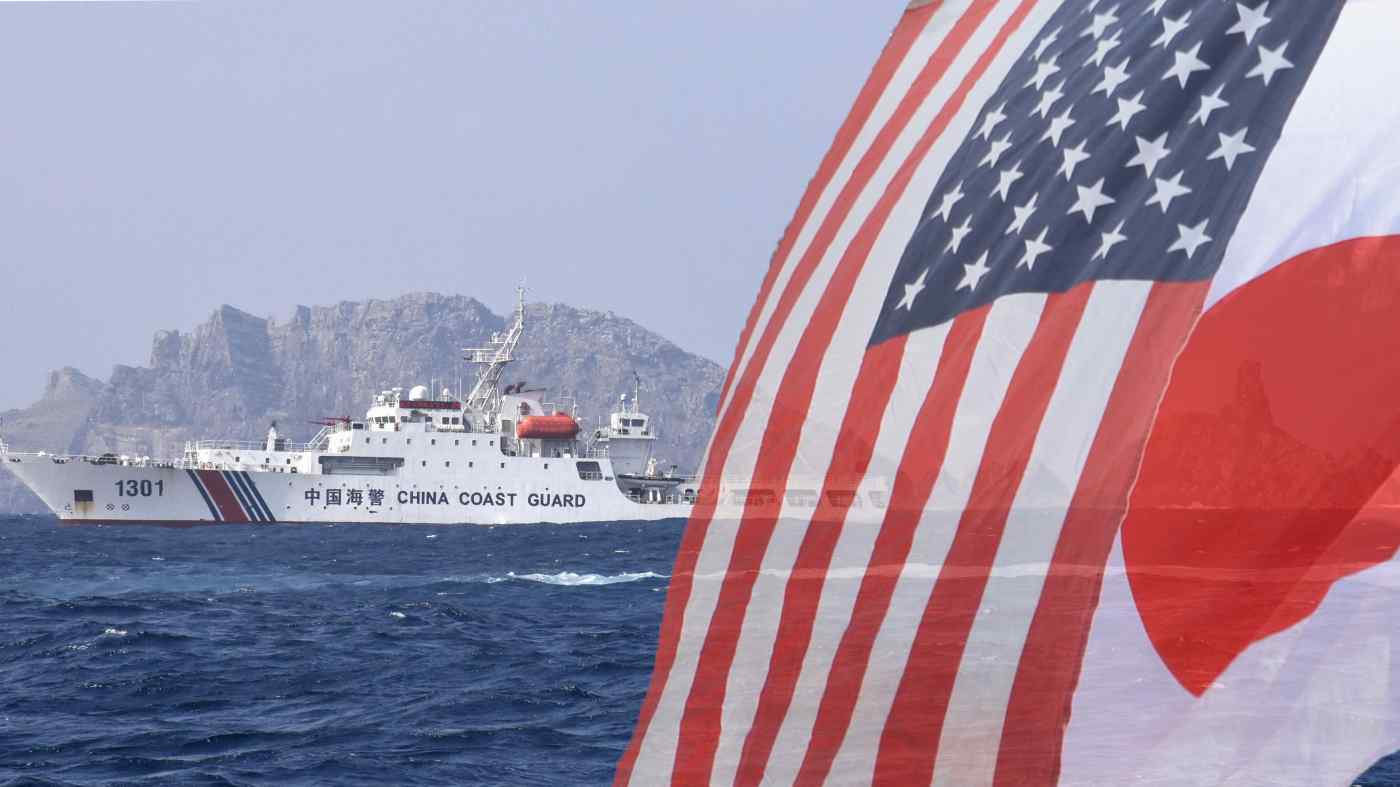 TOKYO -- The foreign and defense ministers of Japan and the U.S. will meet for their "two-plus-two" dialogue on Tuesday, when they are expected to single out and criticize China's maritime advances in explicit terms.

U.S. Secretary of State Antony Blinken and Defense Secretary Lloyd Austin arrived in Japan on Monday evening to kick off their Asia tour, including South Korea. The two will meet with Japanese Foreign Minister Toshimitsu Motegi and Defense Minister Nobuo Kishi on Tuesday. Japan will be the first foreign visit for Blinken and Austin since they took the posts.

"Unfortunately it might be difficult for us to have dinner, but I hope they can at least enjoy cherry blossoms," Kishi told reporters on Friday. It is common for U.S. and Japanese diplomats to exchange opinions during dinners under normal circumstances, but this time dinners will not take place due to the COVID-19 pandemic.

The two-plus-two meeting -- officially called the Security Consultative Committee -- has been held from time to time when the two countries need to forge alliances to deal with changing international situations.

Previously, Japan sent ministers and the U.S. sent its ambassador and commander of the U.S. Pacific Command (now the Indo-Pacific Command), but in the 1990s, the U.S. started sending the secretaries of state and defense to the meeting. Since then, it has become a top-level meeting to discuss the two countries' Asia strategy.

The most important item on the agenda at the meeting will be how to deal with China. The allies are expected to announce opposition to Beijing's new law that positions the China Coast Guard as a quasi-military organization and allows it to fire at foreign ships.

The U.S. State Department released a fact sheet titled "Reaffirming the Unbreakable U.S.-Japan Alliance" on Sunday ahead of the two-plus-two meeting. The document began with a pledge to strengthen the alliance, saying the relationship "has served as the cornerstone of peace, security, and prosperity in the Indo-Pacific and across the world for over six decades."

As a precursor to the two-plus-two, the document stated that the two allies are committed to working together on shared challenges including "countering malign influences and PRC provocations in Asia and around the world," referring to China's official name, the People's Republic of China.

Sunday's statement also touched on the repeated incursions by Chinese government vessels near the Senkaku Islands.

"The United States' commitment to the defense of Japan is absolute," the text said. "The United States affirms the Senkaku Islands fall within the scope of Article V of the U.S.-Japan Treaty of Mutual Cooperation and Security, and we remain opposed to any unilateral attempts to change the status quo in the East China Sea or undermine Japan's administration of these islands."

In addition to Chinese provocations, Sunday's release listed the coronavirus pandemic, climate change, support for democracy and human rights and the promotion of free and fair trade as shared challenges.

The document noted the devastating earthquake that hit Japan in March 2011.

"The peoples of Japan and the United States support each other in times of need," read the text, citing Japan's help during the September 2001 terror attacks and Hurricane Katrina in 2005.

The State Department also stressed the importance of the relationship among the U.S., Japan and South Korea, not only in countering the threat from North Korea, but also in dealing with COVID-19 and climate change.

"No relationship is more important than that between Japan and the Republic of Korea," said the text.

This will be the first two-plus-two meeting to be held in Japan in seven and a half years -- in the past, Japan's foreign and defense ministers would usually visit the U.S. for these meetings. The meeting will demonstrate that the U.S. is seeing Japan as an important partner in drawing up its strategy toward China. Kishi told reporters that it is a testament to America's emphasis on the U.S.-Japan alliance.

After the East Asia tour, Blinken and national security adviser Jake Sullivan are due to meet with top Chinese diplomat Yang Jiechi and Foreign Minister Wang Yi in Anchorage, Alaska, on Thursday. It will be the first face-to-face meeting between top U.S. and Chinese diplomats since President Joe Biden took office.

Austin also plans to visit India after his trip to Japan and South Korea to discuss cooperation in the Indo-Pacific region.