US breaks ground on new embassy in India 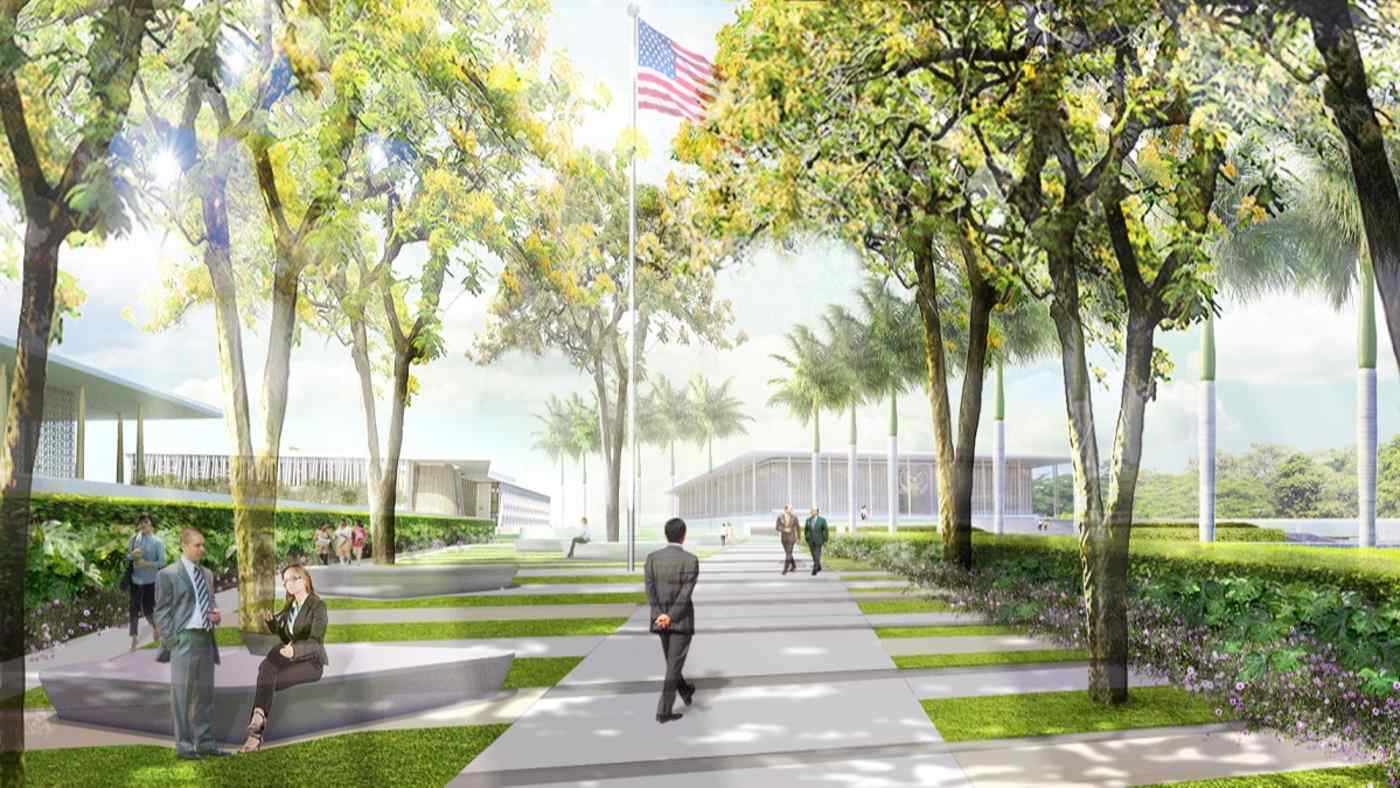 NEW YORK -- The U.S. government broke ground on a new embassy building in India on Friday, one intended to accommodate America's growing mission to the country. It anticipates completion in the fall of 2027.

Designed by Weiss/Manfredi of New York, the new embassy building will be on the existing 28-acre site in New Delhi's diplomatic enclave in the Chanakyapuri neighborhood, next to the current chancery building, the State Department said in an announcement.

"The new design will provide a secure and resilient platform for U.S. diplomacy in New Delhi," it said, and that the new multibuilding campus "will bridge the past and the present while providing a modern chancery and office annex, staff residences, and support facilities."

"The project we celebrate today is more than a series of buildings and infrastructure," the outgoing American envoy said. "It reflects America's enduring commitment to the U.S.-India partnership and is a testament to the strength and longevity of that partnership." Deputy Secretary of State Stephen Biegun poses for a photo with U.S. Ambassador to India Kenneth Juster at the U.S. Embassy in New Delhi in October 2020. (Photo courtesy of the U.S. State Department)

The State Department said that an estimated $200 million will be invested in the local economy and that roughly 800 Indian workers will be employed at the peak of construction activities.

Friday marked the 62nd anniversary of the groundbreaking on the original chancery in 1959, according to the embassy. Designed by architect Edward Durell Stone, the building was hailed by Frank Lloyd Wright as "one of the finest buildings of the past 100 years."

In a presentation video, architects Marion Weiss and Michael Manfredi explain that the new building and the old chancery -- which will be renovated -- are to be connected by a "green carpet," or grass.

In his farewell speech Tuesday, Juster said the U.S. "remains committed to this region -- and to India -- because our future is inextricably linked to it."

While the concept of the Indo-Pacific has been many years in the making, "it is in the past four years that our countries have shown the ambition to turn it into a reality," he said.

Expressing confidence that the next U.S. administration will continue the trend, the envoy said that "America's support for India's rise as a global power is clear across our political spectrum." The U.S. Embassy's new chancery building will sit on the existing 28-acre site in New Delhi's diplomatic enclave in the Chanakyapuri neighborhood. (Rendering courtesy of Weiss/Manfredi)