US emboldens Suga in hope for stable Indo-Pacific partner 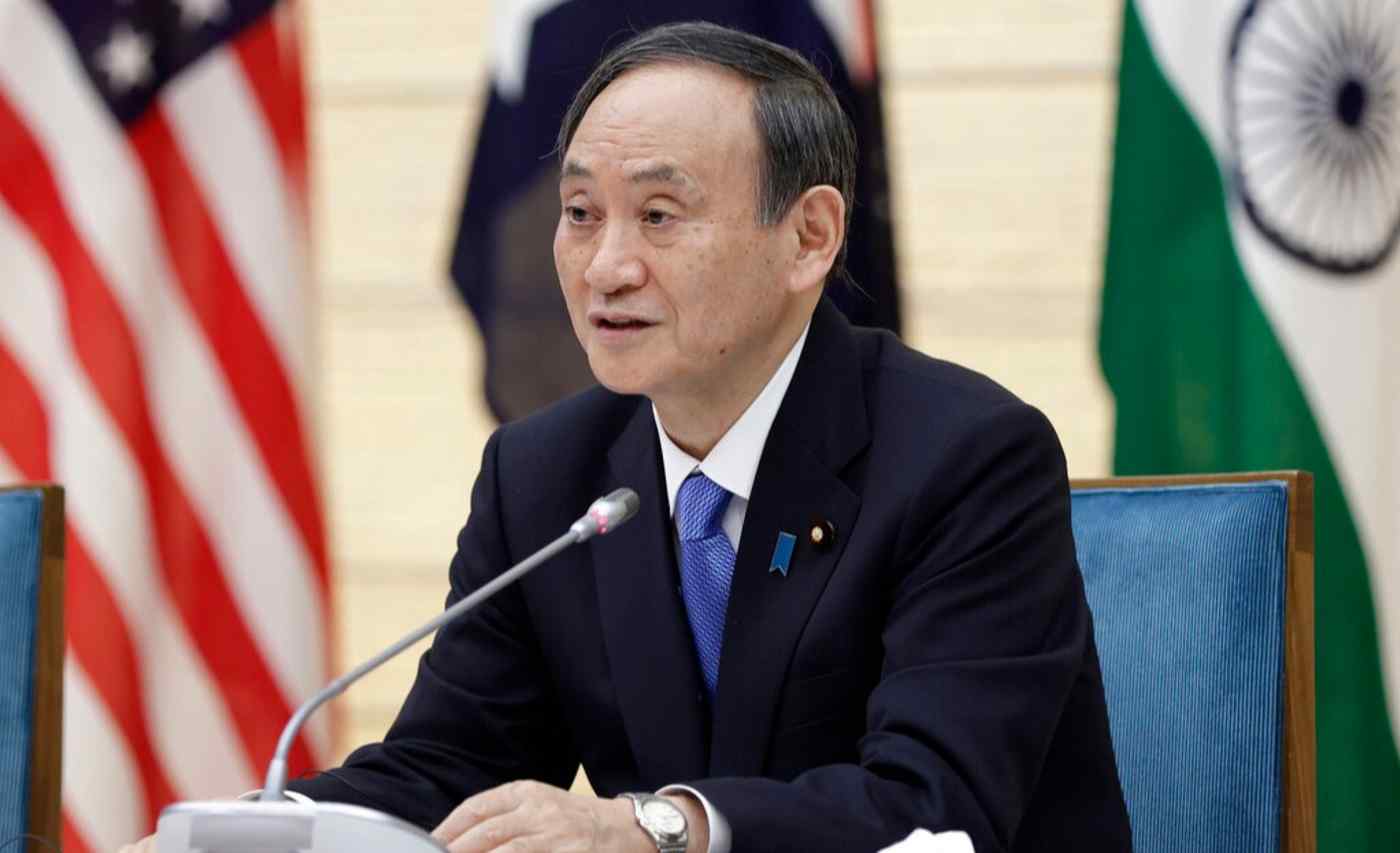 Japanese Prime Minister Yoshihide Suga speaks during the virtual summit of the leaders of the U.S., Japan, India and Australia, a group known as “the Quad", at his official residence in Tokyo on March 12.   © AP
KEN MORIYASU and YUKIO TAJIMA, Nikkei staff writersMarch 14, 2021 00:42 JST | Japan
CopyCopied

NEW YORK/TOKYO -- U.S. President Joe Biden has chosen Japanese Prime Minister Yoshihide Suga as the first foreign leader to visit to the White House in his term. The trip is expected to be in the first half of April, after Suga and his entire delegation receive two shots -- three weeks apart -- of a COVID-19 vaccine.

For Suga, embattled by his unpopular handling of the coronavirus -- Japan is the lowest by far of the Group of Seven economies in vaccine inoculation rates -- and scandals related to his son, the visit comes as a much needed piece of good news. Coming after the inaugural summit of the leaders of the Quadrilateral Security Dialogue, or Quad, it will be an opportunity to display to the world the strength of the U.S.-Japan alliance and an opportunity to impress on Biden that their policy priorities, such as climate change and a free and open Indo-Pacific are much aligned.

"I have been invited by Mr. Biden to be the first leader he meets in person," Suga told the leaders of Japan's ruling coalition on Friday. "I want to use this opportunity to further strengthen the Japan-U.S. alliance."

Lending a helping hand to the prime minister may be precisely what the White House is doing.

"The Biden administration may be trying to help Suga out," said Michael Green, senior vice president for Asia and Japan chair at the Center for Strategic and International Studies, in a media call Friday. "His response to COVID and other things has not been widely praised, shall we say. His opinion polling is in the red. He has more unfavorable than favorable polling."

"The Obama administration, which many of the Biden folks served in, saw what happened when Japan had political uncertainty and a new prime minister every year," Green said.

"I'm sure they don't want to go back to that. They want and need a partner in Japan, and Suga is the guy in the seat now and I think they want to give him as much space as possible."

Before Shinzo Abe sat in the seat of power from 2012 to 2020, the role of prime minister was held by Yasuo Fukuda, Taro Aso, Yukio Hatoyama, Naoto Kan and Yoshihiko Noda -- five leaders in as many years.

"So this is a big, big deal for Japan," Green said, noting that the first visit to the White House is usually reserved for the British prime minister. "It's another sign that this is an administration that's really focusing on the China problem and really focusing on allies."

It reflects a shift in public sentiment toward China. In a 2012 survey by The Chicago Council on Global Affairs, 40% of respondents said the U.S. should put a higher priority on building a new partnership with China, even if this might diminish our relations with traditional allies such as Japan and South Korea.

It was fast approaching the point of overtaking the 53% of respondents who said the U.S. should put a higher priority on Japan and South Korea even if it might diminish U.S. relations with China.

In a 2020 poll, a solid 77% said that it is more important to build up strong relations with Japan and South Korea, than to do so with China.

Ahead of the Suga visit, Secretary of State Antony Blinken and Secretary of Defense Lloyd Austin will visit Japan as their first foreign destination, holding a 2-plus-2 meeting together with their respective counterparts on Tuesday. The two will then fly to Seoul, where they will hold a 2-plus-2 with their South Korean counterparts as well.

The idea is to consult with allies and create a "position of strength" before Blinken meets China's top diplomat Yang Jiechi and Foreign Minister Wang Yi in Alaska from March 18.

One reason the Biden administration sees Japan in a favorable light is related to the global posture review the president has ordered Austin to undertake.

As the administration reviews its force posture to align with the policy priorities of the president -- a heavy emphasis on the Indo-Pacific -- strategists at the Pentagon would not be able to formulate a plan without the presence of Japan. The U.S. Navy’s only forward-deployed aircraft carrier, USS Ronald Reagan, arrives at Fleet Activities Yokosuka, south of Tokyo. Ronald Reagan and its embarked air wing, Carrier Air Wing 5, provide a combat-ready force that protects and defends the collective maritime interests of the U.S. and its allies in the Indo-Pacific. (Photo courtesy of the U.S. Navy)

Kadena Air Base in Okinawa is the largest U.S. Air Force base in East Asia.

In a Senate Armed Services Committee hearing on Tuesday, the commander of the U.S. Indo-Pacific Command, Adm. Philip Davidson said, "To me, the Japanese are the number one ally in the region, and they're critically important to the security of the region as well."

Davidson told lawmakers that it takes almost three weeks to respond to a crisis in the so-called first island chain -- a group of islands that includes Taiwan, Okinawa and the Philippines -- from the West Coast of the U.S. and 17 days to respond from Alaska. Japan offers a forward-deployed location that fills that gap.

Opening a new U.S. military base from scratch in a foreign country is no easy task. The reality is that most of America's major overseas bases are located in places the U.S. landed as a result of past wars.

But with 70% of the total area that U.S. bases occupy in Japan condensed in Okinawa Prefecture alone, there is strong pressure to reduce the presence there.

Okinawa Gov. Denny Tamaki is urging Tokyo and Washington to slash the U.S. military footprint on the island to less than 50%.

Green, of the Center for Strategic and International Studies, said Tuesday's 2-plus-2 meeting in Japan will provide crucial input for the global posture review.

"I think one very important emphasis" of the review "is interoperability, jointness with allies and partners," he said.

The review will not just be about new permanent locations for the U.S. military in the Indo-Pacific, but also about the distribution of forces and "how does the posture help us operate better with Australia, with India, with Japan, or with partners who are not high-end in terms of their military capabilities -- like the Philippines?" Green said.

So while the warm embrace by the Biden administration is unquestionably a boost for Suga, the expectation for contribution to the peace and security of the Indo-Pacific is equally high.