Indonesia and Malaysia call for ASEAN meeting on Myanmar coup 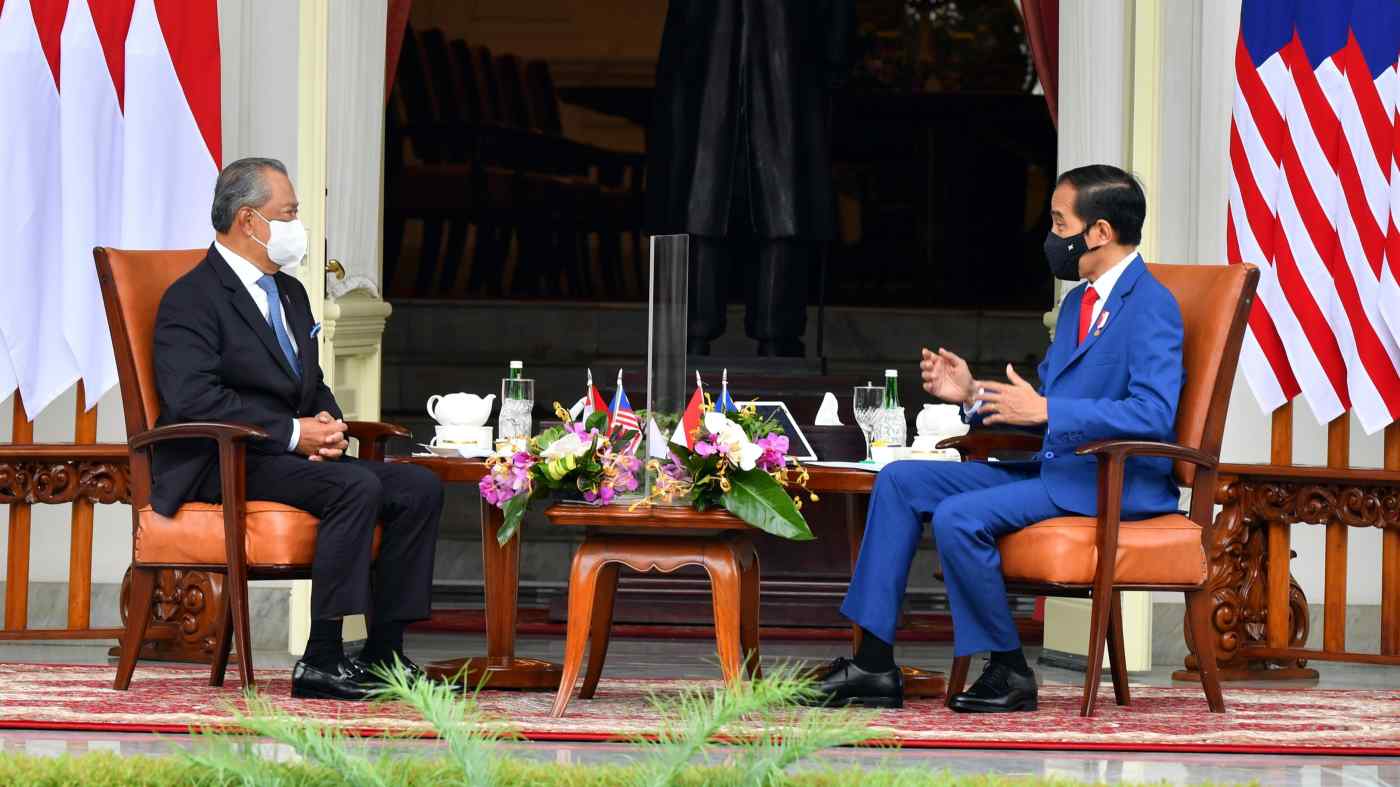 JAKARTA -- Indonesia and Malaysia are calling for a regional meeting to discuss the military coup in Myanmar, the leaders of the neighboring countries said at a meeting in Jakarta on Friday.

Indonesia's President Joko Widodo and Malaysian Prime Minister Muhyiddin Yassin said they've instructed foreign ministers of both nations to approach the chair of the 10-nation Association of Southeast Asian Nations to set up a special meeting to discuss the matter.

"We're concerned about the political development in Myanmar. We're hoping the political differences can be settled in accordance with prevailing laws," Widodo said at a joint press briefing with Muhyiddin following their meeting at the presidential palace in Jakarta.

He added it is important for bloc members to "respect the principles of the ASEAN Charter" -- including the rule of law, good governance, democracy, human rights and constitutional government. Indonesia and Malaysia also will keep paying attention to the issue of Rohingya Muslim refugees from Myanmar, the president said.

Muhyiddin called the Myanmar situation a "setback to democracy."

"There's a concern that the political turmoil in Myanmar may affect security and stability in the region," he said.

The ASEAN chairmanship, which rotates annually, is held by Brunei this year.

Separately, both leaders discussed plans for a green lane travel arrangement, similar to their separate prior arrangements with Singapore, but no date has been decided.

Muhyiddin said Malaysia last month filed a lawsuit against the European Union through the World Trade Organization over palm-oil based biofuels restrictions, following a similar move by Indonesia in late 2019.

"Malaysia will continue to work with Indonesia on the issue of discrimination against palm oil, especially by empowering the Council of Palm Oil Producing Countries," the prime minister said. "This is to ensure that we'll protect the palm oil industry, and to save millions of small farmers in Malaysia and Indonesia whose livelihoods fully depend [on the industry]."

The South China Sea is another point of discussion, with both leaders asserting the importance for countries around the disputed waters to respect the 1982 United Nations Convention on the Law of the Sea -- which dispels China's nine-dash line claim to much of the water.

Other topics discussed include crossborder haze control, and efforts to curb undocumented Indonesian migrant workers in Malaysia, most of whom work as housemaids and in palm oil plantations.

Muhyiddin's Jakarta visit is his first overseas trip since assuming Malaysia's leadership after ousting former leader Mahathir Mohamad in a political coup a year ago. The trip is seen as a means to boost Muhyiddin's reputation at home at a time when he is believed to have lost the confidence of Malaysia's parliament.